This is where you can deliberate anything relating to videogames - past, present and future.
Post Reply
1900 posts

Yep, I just button mash the hell out of them.
Top

Apologies, mid crunch at the moment and I’m struggling to even work out what day it is...
Top

Wolf Among Us 2 in the works!

Returning to work on The Wolf Among Us 2 via AdHoc are directors Nick Herman and Dennis Lenart, along with writer Pierre Shorette. Also returning are the award-winning voice actors, Adam Harrington as Bigby Wolf, and Erin Yvette as Snow White and composer Jared Emerson-Johnson. Additionally, Telltale Games’ former vice president of engineering, Zac Litton, has joined the new Telltale team as chief technology officer.

Over the moon with that. The original was my favorite Telltale series by a mile. So good, and I've just started reading Fables again, perfect timing!
Top

No mention of Xbox Series X yet or have I just not seen it?
Top

It’s kind of convinced me (and that GamePass is slowly becoming a fully fledged service on PC) that now is the time to build a PC again.

It’s an investment but one that can develop over time.

So I get a PC that can run the MS you want to play and everything else in between (Steam, etc..), with the added benefits of also having a PC for PC stuff.

Then Sony for Sony and Nintendo for Nintendo.
Top

The first PS5 game trailer is out!

Sorry, dozed off there for a minute.


It’s kind of convinced me (and that GamePass is slowly becoming a fully fledged service on PC) that now is the time to build a PC again.

It’s an investment but one that can develop over time.

So I get a PC that can run the MS you want to play and everything else in between (Steam, etc..), with the added benefits of also having a PC for PC stuff.

Then Sony for Sony and Nintendo for Nintendo.

This approach makes sense to me too - I admit I am starting to question the Playstation a bit (I'm not sure if it is just the gaming press that is responsible for bigging up MS or Sony every couple of years, or if it is just the business cycle) and I'll certainly have a good look at the next Xbox, but having a PC bridges the gap nicely.

Also, you'll be able to play this Suits!

Alex - complete shit, why did they bother?
Top

There’s been quite a few times I’ve wished I had a PC, I have an iMac but, you know.

A nice PC is very appealing.

The Sony stuff is kind of forced. If you want the GoW’s, Horizon’s, Bloodstained’s, etc... you need that box.

Kind of surprised there hasn't been more talk of the Game Awards announcements here. Or at least this one...


Mixed feelings on this though. I loved Hellblade and I admit the idea of more of it is appealing, but at the same time it didn't feel like it was a game that needed to have a follow-up. Even though the story did leave a kind of open ending, it felt like it did exactly what it was made to do perfectly, and digging back in to it is kind of unnecessary. Not that there's nothing they could do there, but still. I'm getting flashbacks to how I felt when they announced Unravel 2. And when I played that, I was pretty disappointed with it because of these exact kinds of worries. But also I am glad that Ninja Theory are still (for now at least) making bold and artistically striking games under Microsoft, and that they haven't been watered down to make something bland and widely appealing. And the idea of what they could achieve with the technical expertise they showed with the first game, but given a much bigger budget, has a lot of potential.

And another that stood out to me:


As a little animated short on its own, I really like that trailer. Has some impressive art and a nice arc to it that I probably wouldn't have known was NMH3 at first if I hadn't already seen that fuzzy alien character being promoted before. It looks like it's moving away from the gritty and grounded tone of the first game, which I'm not so sure on. I mean, the series was already slowly doing that ever since NMH2, but here is taking it to another level. But on the other hand, I can see how there is a similar spirit to it in that it's trying to take some kind of dark satirical dig at common trends in nerdy media. Still remaining cautiously optimistic about it.

Also that Godfall thing piqued my interest a bit. Although that was probably only because the sword that the character had looked like the Infinity Blade. Always thought that IP would work really well as a fleshed out console style action RPG. But it wasn't that, sooo meh. Very generic name.
Top

Hmm, that Senua trailer is a bit odd. Very aggressive. I wonder if there is intent there or if that’s just the most spectacular bit they decided to show? And all the fluorescent lights...reserving judgement for now.

I like the form factor, though it doesn’t seem to cater for standard shelving.
Top

I love the undetailed look and I assume the shape and size is to make it easier to cool.

I agree on not knowing where I'm going to put it though...
Top

I don't think the new Xbox is as big as people seem to be thinking. Looking at the controller next to it, it doesn't actually look like it has much width to it. Also apparently you can put it on its side, so it doesn't have to be vertical. Horizontally, it looks like it should fit in to a much more practical space. Although that might have some issues with cooling, considering the thing only has one fan at the top. Perhaps that relies on being able to pull up air rising from below.
Top

IGN actually did a decent video where they made their own based on rough dimensions from the size of the slot for the disc drive and the controller against it in the images and worked out it's about 4 inches wide/deep and 12 inches high.
Top

Best thing about the new Xbox is the way it looks I think.

It’s all boring, and hulky and purposely. Like a little obelisk. It’s cool I think.
Top 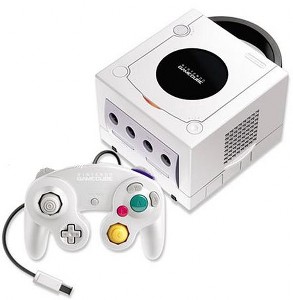 I kinda like them original form factor of the ps1, though not in standard grey. We had dark blue and dark green ones in my first job (two different revisions of the debug kits, basically retail hardware without the region locking and with extra ports for connecting to a pc).
Top
Post Reply
1900 posts