This is where you can deliberate anything relating to videogames - past, present and future.
Post Reply
123 posts

Yeah, I’ve literally sung this game’s praises and have no intention of cancelling it, I was playing into the narrative that Stanshall has been dismantling his own soul playing it. I didn’t think most of this stuff was serious, really.

Ikaruga is good. That’s why we keep playing it, buying it, and talking about it

even clippa will admit that some day. When he admits consoles are awesome and roguelites are roguelikes...

Glad I could clarify a bit and I'm sure we're all pretty much on the same page with the game, no matter how much or little we enjoy it individually. If my uncharacteristic reaction says anything to me, it's that there's definitely something unique there. It definitely took me a couple of days to get back on the horse and into the rhythm but I hit the old walls pretty quickly. It was playing with the DS4 pad which moved things up a gear for me.

In terms of future progress, I'm really tempted to get a PS4 stick now for these ShotTriggers ports, they're absolutely fantastic. A bit excessive perhaps but I just treated myself to Mahou Daisuken to complete the collection after watching Mark's recent review. It's not as good as Ketsui or Garegga but it's a cool cross between a Psikyo game and Armed Police Batrider. The big hit of the evening has been Dangun Feveron, though. I totally overlooked it until now. It feels so chaotic and almost easy at times, you can imagine you're invincible, and then suddenly you will get swamped. I'll definitely be mixing it up between this and Ketsui.

Oh, also, as a further sign of my temporary insanity, I got myself this a few weeks ago but decided not to put it on until I got the S++. 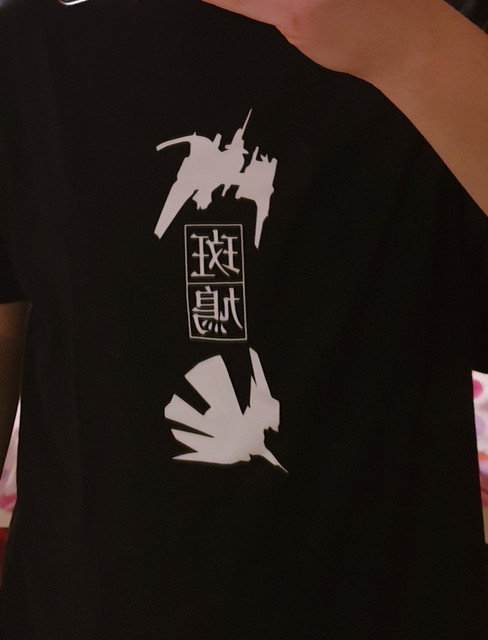 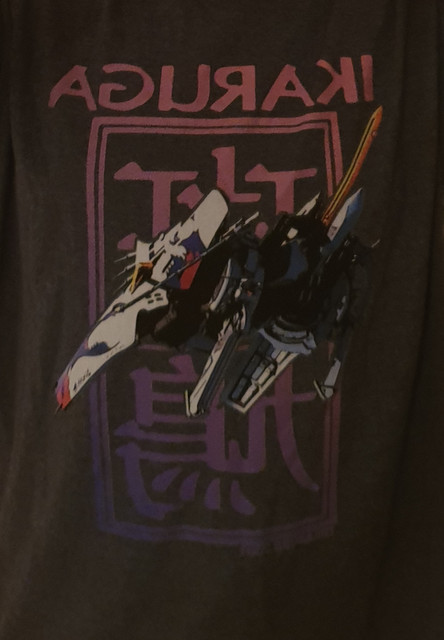 I've set my alarm for 3am so I can change shirt in the middle of the night, really make the most of it.

I might get my score and rank printed on the back at one of the shops that does football shirts. I'll probably round up the score because you pay per digit and they're not cheap.
Top

That's such a fantastic cover, I'd love to see some Ikaruga design based around that type of Taoist/MES dualism. Either way, I won't be inflicting them on anyone in public.
Top
Post Reply
123 posts