This is where you can deliberate anything relating to videogames - past, present and future.
Locked
1030 posts

It's been a while since I revisited the series so I thought I'd pop this one back in for a quick playthrough.

First off, the gameplay is really good. Maybe people just took it for granted back when the series was on everyone's mind, but I would argue that the core gameplay loop of this game/series stands heads and shoulders above that of most other FPSs that are about quick aiming and little else. Halo is a lot more layered and fluid than that, and I find it unfortunate that the gaming world at large only seems to have blindly copy/pasted its shield regeneration mechanic and ignored all the rest it has to offer. First off, the gun/grenade/melee triangle is very polished and the fantastic weapon/vehicle variety alone puts 99% of the genre to shame.

Enemy variety is something that I like to mention a lot because I think it is in many ways the secret sauce that elevates great action games from ordinary ones, and this is a perfect example of that: 5 basic Covenant enemy types (not including sub-types) + all sorts of Flood variations + all the different vehicles. Each with their own AI, weaponry, positioning, sub-routines, threat level, weak spot, damage modifier, etc... Which means that every encounter plays out differently from the last one and I think it's a fantastic quality to have in any sort of action game. Compare that to Modern Warfare's Bad Guy #1 (Color Palette A) + Bad Guy #2 (Color Palette B) and it's night and day, really.

The campaign's tight pacing must be praised as well. Every mission has its own little details and sense of purpose with little repetition and even the atrocious Cortana isn't enough to bring the entire game down with it, thankfully. The aerial dogfights of The Covenant alone are worth the price of admission. I also think the Scarab fights are a good compromise between regular gunplay and spectacular set-piece considering the mixed reception of Halo 2's more restrictive and conventional boss fights.

I found myself enjoying the story as well. It's basic, but it works. Conflicts between multiple factions are always a plus in my book to change from the constant and simplistic Good Side™ VS. Bad Side™-type narrative. Thel 'Vadam is the best part of every scene he's in and my favorite Halo character overall, I can only wish he had his own playable chapters in this one like he does in Halo 2.

Much has been said about this game's low-detail textures and ugly character models, and for good reason. But I also think this is a very beautiful game in many ways, from the rich color palette of the environments to the excellent cutscene direction. Great use of contrast and camera angles in particular shows the designers really made the best out of the material they had at their disposal. 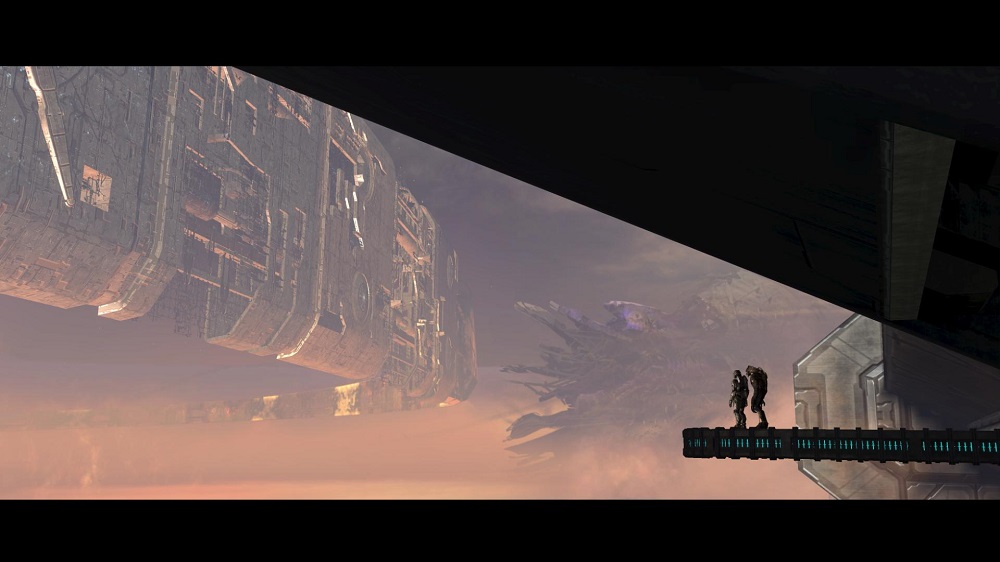 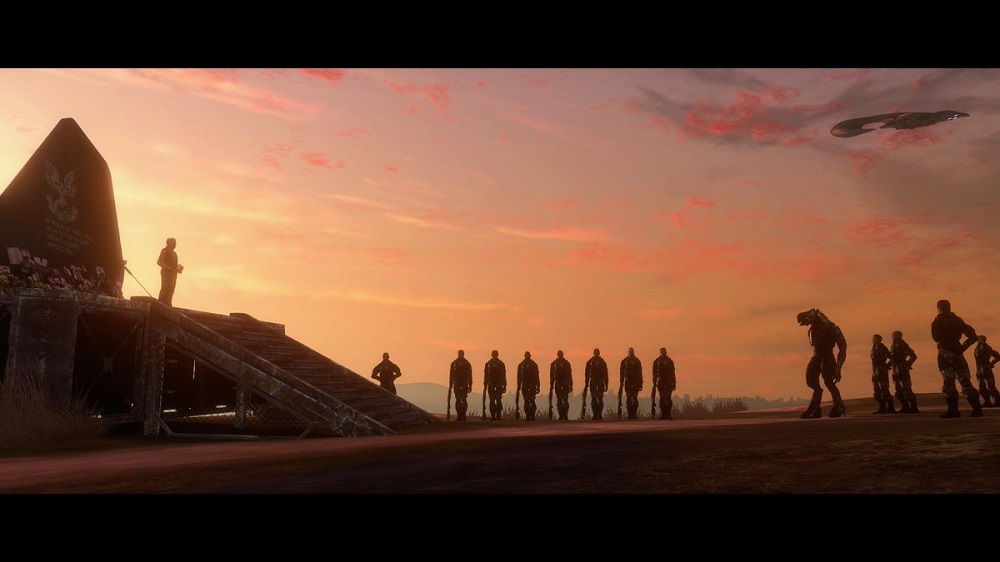 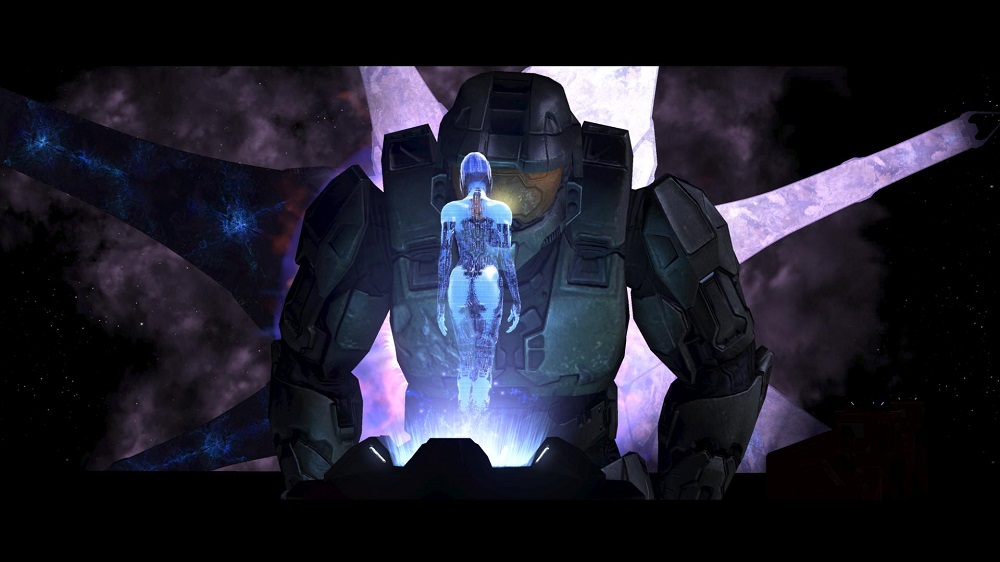 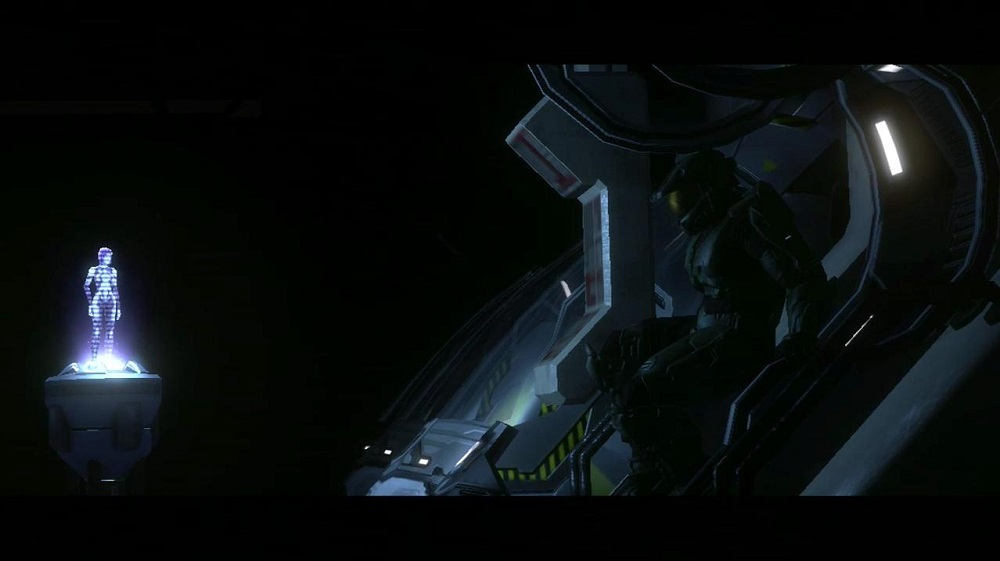 God knows how easy it is to be cynical about AAA games in general, but here is an example of a record-breaking bestselling game that sports some of the highest production values of its time but still has very much an identity and design philosophy of its own. It doesn't spread itself too thin (thank GOD there are no shoe-horned RPG mechanics and such) and excels at what it sets out to do. Fantastic overall package and one of my favorite FPSs ever (along with DOOM 2016 and the other Halo games, of course).

This is the last game in a reverse tower defense series. You normally play as the units being sent out and you need to get past all the towers. This game, though, is just a normal tower defense game. Bit of an odd choice to remove what made this a unique series. With that gone, it's fine on its own but doesn't do much beyond that. Thankfully there is a speed up option because the normal speed is incredibly slow. The other two are worth playing but I'd give this one a pass.

The last campaign for Shovel Knight, this time with a Wario spin. King Knight's main attack is a dash that turns into a spin after he hits something. Spin jumping off of stuff will let you do the dash again and so forth. It makes for some good platforming. The stages here are shorter than the other campaigns but there are a bunch more stages. You even get to choose what stages to go through unlike the others. You are only required to fight one other knight to finish the game instead of all of them. I'll be interested what Yacht Club makes from here.

Okay, maybe slightly cheating on counting this since it is predominately meant for multiplayer, but there is a singleplayer to go through which is mainly AI matches with a boss at the end. It's impressive how many characters they put in and their moves are all based on what they do in the main game. How balanced it all is, I have no idea. It could be good multiplayer fun but won't be playing it myself. The singleplayer is fine for what it is. If, for some reason, you are buying the Shovel Knight stuff separately, this is the only one I'd skip over.
Top

There goes KSubzero making me want to prioritise my series playthrough of the Bungie Halo games.
Top

Michiel K wrote: ↑December 31st, 2019, 9:22 am There goes KSubzero making me want to prioritise my series playthrough of the Bungie Halo games.

. One to consider after you wipe the floor with Double Dragon 3 this Friday?
I replayed Halo 1-3 myself this year and they still feel lightyears ahead of many modern shooters in terms of the complexity and flexibility of it's sandbox style approach to combat.
Top

I think I may try and squeeze Halo 1 into my 52 Game Challenge this year. I have the Master Chef Collection through Game Pass, so I'll give 'er a go. Probably on easy mode because I remember hitting a difficulty spike early on in the XB original. Life's too short for smashing your head into a brick wall sometimes - hence why I can't deal with modern FromSoft games.
Top

So my completed list for this year is as follows:

It was my gaming resolution of last year to complete all DS games after initially bouncing off the first game way back when it released and this year it turned out being one of my favourite games of all time!
Top

Illness slowed me down a bit this month, but I did manage to get my physical PS4 backlog out of the way and sold on eBay, which helped pay for F-Zero GX and Wind Waker, which I finally got for a decent price, transferring my backlog to GameCube for the start of 2020!

A simple platformer with an interesting gimmick that gets underused. You can create blocks either under you or to the side to grab on to. Up to three can be made and no more until you land on a solid surface. You can also move a block when you are standing on the ground that's only used to block some lasers. You also get a blast that use up one of your three blocks and removes any current ones placed that is rarely needed. Most of the time you need three blocks only for height to make it over some spiked wall. Otherwise, less works so there is tons of room for error. It makes things fairly easy. That is, until the final area that has a wall of death following you and it is ridiculously strict in its timing. That and the obstacles you need to pass aren't synced to anything so doing the same thing will have different results. Sometimes you are forced to wait for too long and it simply makes it impossible so the only choice is to die and hope to get things synced up better. It's fine but needed more polish.

I've been playing this on and off for three years now. You play as a ball rolling around each grid-based level to collect the flowers and get to the exit. Each of the first five worlds introduces a new mechanic, such as ice and sand, to put a wrinkle in getting to the objectives. The last five worlds combines all these things to make things very challenging to work out how to get everything. There is a bit of a control issue where if you jump too soon, you'll jump in the direction you are currently moving instead of the direction you are pressing which is very likely to force a restart on the level. It takes the timing on that awhile to get used to and even then I'd regularly screw it up. Still a good little puzzle game.

73 games for the year. Not as much as last year, but I'll take it.
Top

. One to consider after you wipe the floor with Double Dragon 3 this Friday?

Yes, definitely a good suggestion and it's on my short list! But vol. 9 of Cane and Rinse is calling and there are a few games I need to get on, as well.

I do expect to get to Halo on in 2020 my own Twitch channel though, as I'm just focusing on my backlog and shamefully unplayed and underplayed games there.
Top
Locked
1030 posts