This is where you can deliberate anything relating to videogames - past, present and future.
Post Reply
1786 posts

@Stan - thanks for the offer mate but it's cool, got MAME running ok

clippa wrote: ↑August 30th, 2019, 3:41 pm…That Sisters Royale that Stanshall was talking about is coming to ps4, xbox January 30th next year and pc "later", looks alright to me.

(predictable eh?) I really like the colors and art direction in general (except for the character design, but it fits the theme well so fair enough).

Here is a review if anybody's curious:


"…budget title…"
"…interesting yet immature ideas that could have used some more development time…" (or does he say "could of used")
"…the scoring system is very simple…"
"…there is no voice acting…"
Sounds good to me!


This one I actually bought:
Rinkou no Rantse (Iron Combat: War in the Air)

It's very good, the controls are a bit unorthodox and rely a bit too much on hammering L/R (watching some "almost-superplay" videos, even more than I thought) but it's great fun and very good value for money. So far I bought all the items in the shop, managed to get almost all SS rankings except one and got a few achievements. Great fun!
Top

I finally own a 60hz switch modded PAL SNEs and have been a bit addicted to going through my library of carts. It’s been a revelation-like experience, but playing Parodius, Super Aleste and Pocky & Rocky sure takes major adjusting! Feel like I need to relearn these games, almost!
Top

A handful of mid-tier shmups are discounted on PSN, including Hyper Sentinel for €1.75 and FullBlast for €1.99.

Thinking of grabbing FullBlast, looks decent enough for that price:

Hyper Sentinel is alright, there's a lot going on in it and it feels pretty chaotic and it's very old school. I like it, I've played a load of levels and intend to go back to it sometime but I doubt it would set this thread alight to be honest. It's one of those where you go back and forth over big dreadnoughts. I have it on Switch, paid 89p I believe. PS4 tax in effect here!

Fullblast looks cool... Question is do I need it. It would be cool having another shmup on Vita, most of my gaming right now is handheld again. I've done quite well lately avoiding game purchases too. £1.69 though for cross-buy... Tempting. Would you recommend it Ksub?
Top

hazeredmist wrote: ↑September 5th, 2019, 8:41 am Fullblast looks cool... Question is do I need it. It would be cool having another shmup on Vita, most of my gaming right now is handheld again. I've done quite well lately avoiding game purchases too. £1.69 though for cross-buy... Tempting. Would you recommend it Ksub?

I'll buy it tonight and make sure to share my first impressions afterwards!

Sale goes until the 18th, so no stress.
Top

Sweet. I look forward to your thoughts.

@clipps when you say it's relaxing do you mean it's easy? (a plus point for me

My thoughts: Keep your money, FullBlast is extraordinarily limp. This is a diet shmup that has almost nothing to offer and I'm struggling to imagine who it's supposed to be aimed at. It doesn't have any panache or sense of spectacle that could attract casual players and all the patterns are so slow and uninteresting as to not provide any challenge or mental effort whatsoever to more invested players. It's also really slow to the point where it often feels like the entire game is set underwater. The same bland stages loop over and over again, the same geriatric popcorn enemies keep crawling onto the screen just to get destroyed and the bosses are complete trash. I played for 40 minutes without dying while watching YouTube in the background and uninstalled afterwards, which is completely out of character for me.

Avoid. For €2, I suppose it might make a semi-decent Baby's First Shmup, but even then I think people might get a lot more out of any of the Sky Forces, to be honest.

PS: Oh, and the trophy list is a total joke considering the platinum unlocked after roughly ten minutes.

Thanks guys. Sounds like I shouldn't bother. "euroshmup" and "extraordinarily limp" are quite damning. 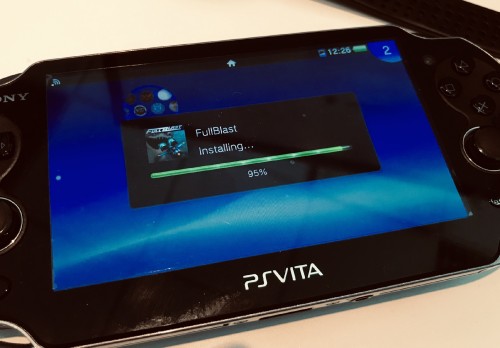 Something piss easy I can complete in a short period of time without getting stressed and maybe even a platinum trophy? I had £2 in my PayPal so it feels like it's free. Fuck it.

Gentlemen, when I inevitably moan about this being shit, you can call me a cunt. Thank you for your time

Yeah, this is wank. It feels like some kid knocked it up while watching Netflix. Dull as fuck. Uninspiring enemies. Empty backdrops. It feels so budget it hurts. It makes Overdriven feel like Crimzon Clover. Unsatisfying and I get why Ksub references Sky Forces now too.

I do really like DDPR but I wouldn't defend it to the death.

This has been the longest I've gone without playing any shmup for about a year or something. It's been really...nice...to play some stuff that doesn't make me feel stressed or full of self-loathing in the pursuit of flickering hopes of catharsis. Strange genre in many ways, as per the thread clippa linked recently from the shmups forum, I actually don't know how much I enjoy playing shmups but I find them incredibly engaging. It's not like clickers or something, it's not watching the numbers go up type of addiction shit, it's the very very rare level of total intensity and the slim chance of success and the momentary euphoria and relief that brings. I find it very satisfying to rewatch good runs that I've had (on assorted first stages) where I can relive the inputs and the slices of good fortune and the odd bit of good skill. Strange.

Posted this in the competition thread, but you've got 3 days to buy a DFK steam key for half price, if you're interested - https://www.humblebundle.com/store/dodo ... surrection

There's also a bundle of the alltynex trilogy on sale. Very highly regarded indie shmups that I never really got round to trying - https://www.humblebundle.com/store/the-tale-of-alltynex

All Team Grybanser Foxes games on sale on steam for the next ten days - https://store.steampowered.com/publishe ... banserFox/

If you want a place to start, Jet Buster is excellent.

Good to see they're active at least. Maybe they'll dive on the Switch properly someday...
Top

...People are playing these with touch controls?
Top

Yeah, sounds crazy doesn't it. unless you have some kind of mad controller adaptor, or wireless controller... The one thing phones have going for them is easy vertical displays I guess. Not for me. But then I just don't like gaming on my phone period.
Top

Remember the meanie stuff I said about people not respecting video games and the disastrous effect it has on our medium? Stuff like this qualifies 100%.


PS: For the record, I'm not throwing mobile games in general under the bus. I'm sure there are plenty of great games on there that people enjoy for all sorts of good reasons. But playing games that absolutely require proper physical responsive controls on a platform that doesn't have them is beyond silly.
Top

Just bought a second hand iPhone 4S and slid it down a grid in protest. Whaddya think of that, so-called 'Joker' Jun?
Top

Been playing Earth Defence Force on the SNES, courtesy of Nintendo Online. Neko Navy 1cc mateyboy chose it as the retro game challenge this week. Old school shmup, graphically pretty bland but somehow reminds me a little of Rolling Gunner, not sure why. It's gnarly at first, takes a bit of getting used to with bullets that aren't easy to see but it's a lot more palatable when you choose decent weapons. I can only get to level 2 right now. I will keep plugging away! Anyone else played it?
Top
Post Reply
1786 posts