Pawarumi is interesting, an easy normal 1cc but hard is tricky, I always die at a certain part that I imagine they'll balance after feedback. The colour thing is very interesting and keeps your brain on it's toes, the idea is that you match the enemy colour with your coloured shot to rebuild your shield, you use a certain colour shot on a certain colour enemy to kill them quicker, and a certain other colour on a certain colour enemy to build your bomb. As you can imagine, it's a bit of a effing nightmare remembering what colour to use on which enemy in a certain situation when you're trying to dodge bullets. I think I could grow to love it, but at the minute my brain keeps telling me to just eff it off and fire up jet buster and let my reactions do the talking instead.

I usually play games to switch off the thinking part of my brain so it's not really my type of thing, but that's just personal taste.

It's described as "Rock-Paper-Scissors with Aztec Lasers!", it gave me a headache, but one of you ikaruga brainboxes might like it. Not really made for arcade sticks, though that's what I used. Analogue movement, five (count 'em!) buttons.

by Stanshall
I've seen quite a few people getting mildly excited about Pawarumi on Twitter and the like but it's not doing an awful lot for me. I'll likely swerve it til it's in the sales. I've got to stop buying every bloody shmup thats comes out on the Switch, to be honest. Gradius V is put this week, Caladrius Blaze last week. I own them both elsewhere. They're both pretty average. I've so far resisted but I know I'm one pint and a sunny evening away from a purchase.

I also basically want to support any shmups on the Switch so they keep coming, but I don't know whether that's consumerist delusion. I used to laugh when I saw people claiming such folly but now that's me. That's my life.

by clippa
I wouldn't worry too much about the switch. If publishers are still happy to release stuff on steam where the games get instantly swamped and 99% of the hardcore shmup audience don't even bother picking them up, I reckon they must be doing gangbusters on the switch by comparison and they're not gonna stop releasing games on there any time soon.

If you've got the game elsewhere and portability isn't something you need, yeah, might not hurt to leave your wallet in your pocket. I'm guessing you're not gonna want to be shame breaking on the bus or anything.

I know you know all this but sometimes it's worth reminding yourself, a consoles lifespan is short, when the switch 2 comes along, you'll most likely be dropping the switch like a hot stone and maybe even end up rebuying any games you still want to play. I wouldn't get too invested in building a library or planning for the future or just buying stuff because it's on sale. Just buy the games you want to play right now.

Maybe just throw money at the games you love, and don't worry so much about the ones that don't really do it for you.

is it me or am I coming across a bit more patronising than normal today?

by Stanshall
Not at all. It's a fair reminder. To be honest, I've never been someone who's given any consideration to building a library or considering the future or preservation or anything like that, for better or worse. Since I got the 360, I've had very little interest in buying new stuff whereas I was previously scouring sites for news and tidbits of upcoming releases on the system.

That in itself is odd because I've never been like this for any other in my life. I dunno, the Switch has clicked with me and I've played a lot of ports on there which I've owned elsewhere and never got round to. How many times did I bounce off Isaac and its various versions elsewhere before putting 300 hours in on the Switch? I couldn't say. It took the Switch release of FF7 for me to finally finish it, twenty odd years on. I'm working through Resi HD and I'll finish that for the first time ever, no doubt. I loved the first Phoenix Wright game a decade ago but never finished any others. I know I'll get through them all on the Switch and I'm loving it as much as ever when I put in half an hour before bed from time to time.

I'm going off on a tangent and I don't really have a point except that I do feel compelled to play stuff on that system. I also have a lot of amazing games on there, the best, most varied library I've ever had on any system. The only shit thing really is that knowing Nintendo, there will never be any backwards compatibility or any acknowledgement of these purchases when the next gen Switch comes out. At least Microsoft and Sony are making an effort in that respect. As much as it might be sacrilegious and evidence that I'm 'part of the problem', I know that when the time comes I will either buy the ones I want again or I'll pirate them.

by Stanshall
Nice! You got it in the bag now.

by clippa
Sorry, I was in a rush and missed that post. I'm not ghosting you

I wouldn't be surprised if they do the whole backwards compatible thing with the switch 2 like they did with the wii, wii-u.
After the relative flop of the wii-u, I'd imagine they'll want to keep the core gamer audience they've won back and not do anything too different with their next console, maybe even a switch 3 after that. I think they're onto a winner with the home console, handheld hybrid, people are really digging it.

If I had your hectic, jet-setter lifestyle and a wife to keep happy (those never got a pc release) I might have warmed to the switch too, or maybe I'd have bought one of those daft handheld pc things to access my steam library, spending my commute and an hour before bed installing drivers and editing .ini files.

It's fab that it seems to have reinvigorated your love of gaming and even got you dipping your toe in games outside of your comfort zone, even if the result was just reaffirming your dislike of certain genres.

by hazeredmist
I can't believe I was advised against getting Caladrius Blaze for £2 on Steam or something, now it's £22 on Switch and people are buying it

I've played nothing for the last three nights. Feels weird. Need to get back in the groove.

Seriously, caladrius blaze is a boob to boob dumpster fire. Imagine raiden, then imagine it a bit less raiden but still shit. It's that, you don't want that.

Can I recommend ... anything other than caladrius?


The caladrius, according to Roman mythology, is a snow-white bird that lives in the king's house. It is said to be able to take the sickness into itself and then fly away, dispersing the sickness and healing both itself and the sick person.

Maybe that's owly! A snow white owl sent to get right on my fucking tit ends.

by hazeredmist
Is it a shit shmup or is it just the scantily clad anime that puts some off? (not something that bothers me in most circumstances tbh unless it's over the top / clearly kids). Stanshall is considering double dipping so it must be decent, no?

Tbh I'm not interested in it anyway and have abandoned my interest in R-Type. I've got enough to be getting on with, and having tried the demo for R-Type it doesn't seem that great really. I'll just play the originals if I want to rather than waste £8. My PayPal tenner remains... Quite proud of myself for that.

by clippa
Stanshall is always considering double dipping. He's well known for it.

It's not a shit shmup, people rate it, but the raiden games are brutally old-school.

It's unnecessarily convoluted and needlessly difficult, I think.
Save it for a good un (one that I like). I'll give you a shout if anything comes up.

You can buy it if you liiiike, but don't say I didn't waaaarn you!

There's an interesting cartooney hori I saw in the "recent releases" bit of the eshop actually. Helpfully, I can't remember the title but it had O in it I think. I'll post if I recall it. I was gonna ask you guys about it. Looks a bit Parodius meets Cuphead

by clippa
Q-YO Blaster, it's 30fps which should be warning enough.

Got it in a sale, looks the part but it plays like shit, you'll go through it once and shelve it. I wouldn't bother. 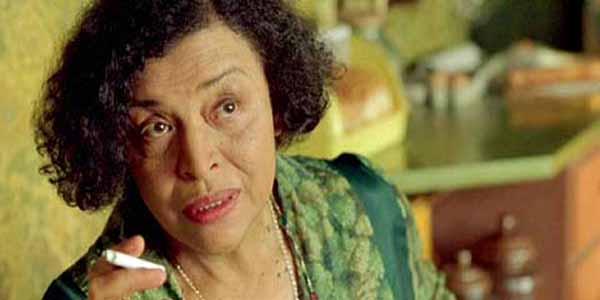 Shelved for now. Come to think of it, it did look a little stuttery in the vid.

Maybe I should write for games? Or maybe it was just blindingly obvious.

8/10. Seems generous based on your assessment!

by clippa
8 out of 10 is the score all mainstream outlets give to any shmup.

"try to improve that high score and complete the thing using fewer and fewer continues."

Give the Eschatos demo a go, I reckon the easy mode should feel oldschool and fair enough, normal is borderline, I wouldn't consider it bullet hell, though it's a fine line.

Söldner-X 1 & 2 are supposed to be pretty good, although I haven't played them personally.

They're okay, but far too easy.

Really? I read in several reviews the difficulty is adaptive depending on how well you play, and the challenges are where the longevity comes from. Did you enjoy it? I'm seriously considering this one tbh, £9.99 including the DLC seems a great deal. Videos look great and I would like a decent Vita shmup.

by Alex79uk
Oh yeah it was fun to play, I just didn't find it very hard. I think I got to the last level on one credit on my first go - I could be wrong, it's been a while since I played it.

by hazeredmist
Anyone played Shienryu on PS1 / Vita? Or indeed Saturn. Any good?

by Stanshall
It's pretty standard, solid fayre, to be honest. Nothing at all wrong with it but nothing to make it stand out particularly, either. Lot better shmups on the PS1.
All times are UTC
Page 56 of 110