This is where you can deliberate anything relating to videogames - past, present and future.
Post Reply
2364 posts

Hmm thanks, won't bother then. Yeah that game you said about looks good, I don't play games on PC though, but if it comes to console I'll keep a look out.
Top

Brilliant! A rather delightfully short flounce

Steredenn is a good game Alex the controls are absolutely fine on switch, I have it on there. It’s frequently in sales, keep an eye out
Top

My PS+ lapsed for a few months a while back. Somewhat predictably it was when this game was given away...

Ah right, sorry. What were you playing mame on? You got an old hacked console you use?

Haze, the controls on the switch version are the same as the pc. Next time you have a go, try moving with the d-pad, you'll go twice as fast diagonally. You'll noticed the acceleration when you start or stop moving.
It's best played on an analogue stick and it shouldn't be. Once you loop the game, you need precision that the analogue and broken digital controls can't offer.
Really good game that could have been great.

I'm guessing 3 quid was closer the mark, and you were just making sure it was at least worth that.

Oy, owly! I just dumped a rom from a rare, rusty old pcb that was on it's deathbed. I'm preserving the crap out of the game, uploading it and sharing it on niche forums, allowing people who can't afford to spend thousands of pounds the chance to play it.
Just out of spite I snapped the board in front of the crying collector as well, poked him in the eye and said "Stop living in the past, grabby! If you love these so much, then let them go" and started slinging the rest of his collection out of the window.
What do you think of that?
Oh, and also Haze was there, said he thought you were a big willy.
Top

This is probably heresy, but I mainly use analogues for shmups when I’m not using farm machinery

so I wouldn’t know! I didn’t find any control issues with Steredenn, but then I’m nowhere near good enough to loop the game. I’ve not put a great deal of time in mind. (Ksub cue: eye roll time!)

Having said that, Alex if you can stretch to it, bollocks to Steredenn get Neko Navy as clips recommends. It’s fantastic! One of my favourites too. It may look like a wank flash game in screenshots to the untrained eye but it’s brilliant, feels immensely satisfying. Music is incredible too.
Top

Alex, Jamestown+ is a good option, imo. It's got loads of difficulty options and different ship weapons so there's a lot of game there. It looks pretty different, lots of personality, good music, and plenty of unlocks to keep you coming back. Also there was a C&R on it way back which prompted some interesting and unexpected discussions!

On another note, I'm enjoying Battle Garegga so much, I might even do the unthinkable and start a separate actual thread for a shmup...
Top

Also got myself this beast T-shirt. I will be beating them off with a stick. 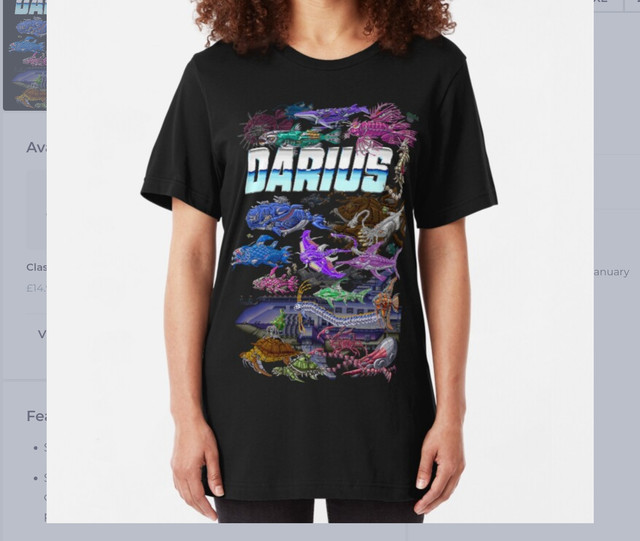 Now that is cool.

I need to go back to Jamestown too... this genre is great isn’t it. We are spoiled.
Top

Shmup nerds? Fair enough, I wouldn't want to be using my hands either. Scruffy little buggers.

Yeah, the analogue controls are decent. Alex, if you use a thumb stick to play these games, you'll have no issues at all with steredenn!

Oh yeah, Jamestown is fun! Can't remember why I stopped playing that a few months ago, I don't think I beat the game on the difficulty I was wanting to, will have to load it back up. Must have gotten sidetracked.

edit: Futari's got me beat. Kicked my arse tonight, got to Larsa on one run but quickly died.
This isn't over.
Top

Stanshall wrote: ↑
January 16th, 2020, 9:46 pm
On another note, I'm enjoying Battle Garegga so much, I might even do the unthinkable and start a separate actual thread for a shmup...

I'd definitely be interested. I've never played, I remember reading that the m2 port had options to make the bullets more readable and that alone is a total game changer.
I remember hearing that it was one of those games you can't play intuitively or it'll totally whip your backside, pure Yagawa hatred for anyone that would dare play these games for score

Lots of little hidden systems that you have to game.

Maybe not the best game to pick for a solo thread if the idea is finding new recruits, but I'd be interested in reading what you had to say about it.
Top

Haze, this should make you feel a lot better about that feather pattern - https://streamable.com/87j86

That's me, the real MVP, headbutting feathers like a moron.

I thought of something funny just now, singing prince's 1999 but in an australian accent.

Was that in an episode of Kath & Kim and I'm just thinking I've invented it? Man, that show was so good, for the first 3 series at least.

Man, I was so hot for Kim, I'm a sucker for a harsh fringe and a sourpuss glare.
Probably oversharing again but that's the first time I've felt like I've needed a cold shower in a long time.
I've always had a high sex drive, flinging spunk up the walls at the site of a octogenarian ankle, but ever since about 39, it's been a case of "jesus christ, it's been a month, I should probably pencil one in lest my prostate turn into a cricket ball".

I'm shagging my way around London, living my jet set lifestyle, obviously, I'm just talking about self love there.
Think I got away with that.
Top 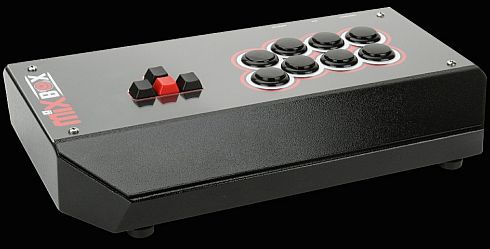 Banned from street fighter tournaments for being "too accurate"


Other games generate new content every time you play which is how games in the roguelite genre work. That can be beneficial because by removing the ability to endlessly replay the same level and memorise every aspect of the stage, players are forced to master the underlying mechanics of the game itself so they're ready for absolutely anything the algorithm might throw at them.

That should keep you sweet for a week, Haze!

That's me, the real MVP, headbutting feathers like a moron.

Is that "true mode"? I didn't have major issues with the feathers really, it was the first time I got to that phase and I did it first time, probably a fluke mind. We'll see if I can do it again, I need to - my mate has a higher score than me. That will not stand.

I fired up Neko Navy last night for the first time in a while to suss the 1cc landscape, it was as I remember - I get to Stage 6 with full lives, annihilating everything in sight. Stage 6 owns me a little, I think I can get past that though, a few stupid deaths. It was late and I should have been asleep. I've sussed the Stage 6 boss which used to give me problems, now that I get through unscathed. So I get to Stage 7 with 3 lives I think? I got absolutely fucked up, used my lives and 3 continues to get through it. So that needs some practice. I may delve into training mode and hammer Stage 6 / 7 till I'm ready.

Ah right, sorry. What were you playing mame on? You got an old hacked console you use?

I've got MAME on my Vita and Wii, but yeah for the tournaments we had for a little while I was using laptop but I wouldn't really sit and play on it for any length of time, it's just a pain.
Top

Yeah, I'm not a fan of laptops either. You should sell that and all your consoles and other possessions and build a desktop and play all the shitty games that I like, I reckon.

You just gonna leave it until something else is going cheap or you still hankering for a shmup fix?
I can keep an eye out for you if you like.

Aaay, Straimium Immortaly (£5.39), I liked that. If you play his new one "Spirits Abyss" on steam, you can see how far he's come as a developer in that short space of time. Again not top tier but his style is pretty unique and it's a fun ride - https://www.nintendo.co.uk/Games/Ninten ... 59670.html

Neko Navy is the absolute boy, that's the one you want if you're happy paying a little extra.
Top

went into the shmups discord the other night and searched for sqoon, just one hit, nothing interesting, then I searched for my name, I was looking to see if someone had seen my vote on the forum and gone "Sqoon! It's not even the best shmup on the nes!"

but what came up was this guy called "clp" who had been trolling and squire grooktook (the aeon zenith guy) mistook him for me and was calling him clippa!

My heart was in my mouth, I could hardly sleep. I wish I just sorted it last night. Just popped my head in there and sorted it, luckily I sent the guy a blue revolver key back in 2016 on the shmups forum and had a chat over pm so I had a bit of proof that I was (relatively) good people. M.Knight (the Remote Weapon GunFencer dude) was sticking up for me going "hey guys, this isn't clippa, just to be clear". My hero!

Blimey! Drama! There, everything's better now. He said sorry for confusing us and he thinks it's this infamous chap called "cee" who pops up from time to time.
Cor Bloimey! I'm staying in here from now on. It's nice and safe and warm in here.

Some rich bastards enjoying their lavish purchases of aka to blue if you want live vicariously/seethe with jealousy in your hovel - https://forum.arcadeotaku.com/viewtopic.php?f=2&t=41143

Aaay, Straimium Immortaly (£5.39), I liked that. If you play his new one "Spirits Abyss" on steam, you can see how far he's come as a developer in that short space of time. Again not top tier but his style is pretty unique and it's a fun ride - https://www.nintendo.co.uk/Games/Ninten ... 59670.html

Shikhondo is alright, I retrospectively wouldn't really recommend it, but that is cheap. The bullets are hard to see and it's quite forgettable. I have no desire to go back to it.

Can you elaborate on Angerforce? I've seen this and wondered if it's any good. The fact I've not seen people here talking about it made me wonder if it was "one of those" low tier cash-in games.

Straimium looks like a mad retro thing, left & right business like Black Bird / Aqua Kitty deal? If you had to pick between these two which would you pick and why?

How the hell do you know all these mad little shmups on a console you don't own! Not complaining, it's good knowledge for us earthlings with switches.
Top

Oh yeah and if you could point me towards how to unlock the different cats on Neko, particularly Eugene which my mate recommended, that would be grand. I assume you'll do it better than Google which was shit.

Had a go on Psyvariar Delta at lunch and was terrible. I'm going to concentrate on Neko again I think...
Top
Post Reply
2364 posts