This is where you can deliberate anything relating to videogames - past, present and future.
Post Reply
2362 posts 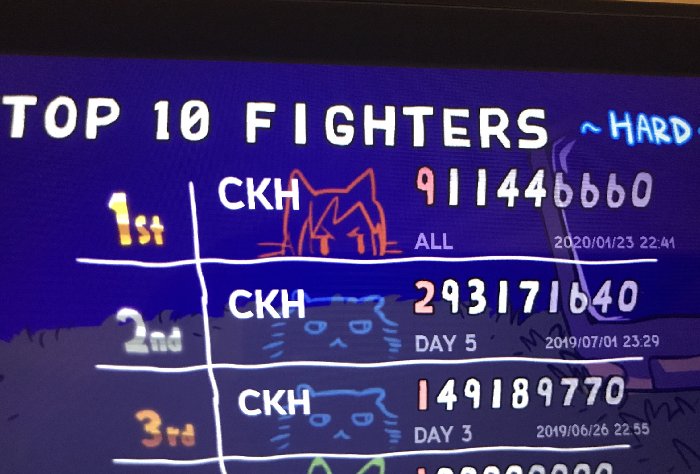 Just saw you got a 1cc on Dezatopia clippa, nice one! The game looks a lot of fun from the trailer. One for the wish list
Top

The great thing about the harder difficulties in neko is that there are way more bullets and things to collect and way more chances to charge up your bomb.
The hardest difficulty can be so much fun because you're just hypering one after the other if you play strategically and leave enough blue cats floating about to charge up your next bomb.

Might upload it after all. I can't get anywhere near my score now that I know what I'm doing

Oof. That's some damn good going, Haze. I want to go back to it to see if I can do Normal now. You're killing it.
Top

Ah the difficulties are easy, hard and death so I think you mean hard when you say normal? Very doable Stan!

Clip - aye that strategy I’ve been employing already! Making sure there are some blue things before using the bomb, really helps with virtually bomb chaining. It’s what makes this game so much fun - rather than desperately hoarding bombs like a mum protecting kids from a violent dad, you smash them out constantly and it’s SO satisfying

My run was mental, honestly it was like Gus at AGDQ - I was swarmed with bullets and the boss whooshing round the screen with no lives left, spamming the bomb button desperately and I was certain it was going to be Continue? but miraculously the bastard blew up instead and the credits rolled!
Top

Haha, I've been there! That noise it makes when you've got an empty chamber and you're desperately trying to bomb! It really takes the edge off your sexy dodging when people can hear how panicked you are (CLICKCLICKCLICKCLICKCLICK!)

If you're going all out for score and you do manage to get to that last boss with a bag full of resources, you're trying to use up all your bombs and lives since you may as well cash those in for yellow gems before the game finishes and I would always take it right down to the wire shitting myself as the boss snakes around filling the screen with bullets and I've got nuthin!

It's not in any of my replays, but here's a really good strategy I figured out for that boss that mines up and to the right, I think it's a hamster with it's arse sticking out of some machine and it claws it's way making a tunnel?
Aah, I just looked it up on my youtube, he's called "potato massive"

You can bomb, and then during the invincibility frames, just fly through the brown walls around the screen, shooting and that generates enough blue cats to fill up your next bomb, so you try not to hit that boss too much and you can milk him a canny bit, recharging your bomb in the walls and turning his bullets into gems.
You have to time it right to still chin him and get the big bunch of gems at the end there but even if you don't don't manage that, it's probably worth it, you can get a load of score just from converting his bullets.
Top

Nice one, good advice. I always thought that was some weird lobster. I used to have real trouble with that boss, not sure why, then all of a sudden I could easily fire>bomb>gems>fire>bomb>gems taking no hits and smashing him really quickly, staying close to him the whole time too. Having balls helps a lot (brave!) in this game.
Top

Haha, yeah, I don't know if you get extra points or extra cats or what but it's fun getting close and it's worth it for that "brave" pat on the back alone!
Top

I picked up fantasy zone on switch today. Its lovely
Top

Very tempted by it, myself. I really want to support anything M2 touches, so I'll be in for it sooner or later.
Top

Shinobi is out too.
Top

Also on the list and I've heard good stuff. I'm going to moderate my impulsive buying this year, though. I have way too much on the Switch especially which I want to give more time. So far, I've only bought Garegga in January, which was a steal and definitely going to be in rotation for a long time. I think one new game a month is a pretty decent approach so Shinobi may have to wait a while.
Top

I've been wanting to try fantasy zone. I hope M2 do get round to bringing the shot trigger titles and stuff like that to pc one day.

Right, when I check this 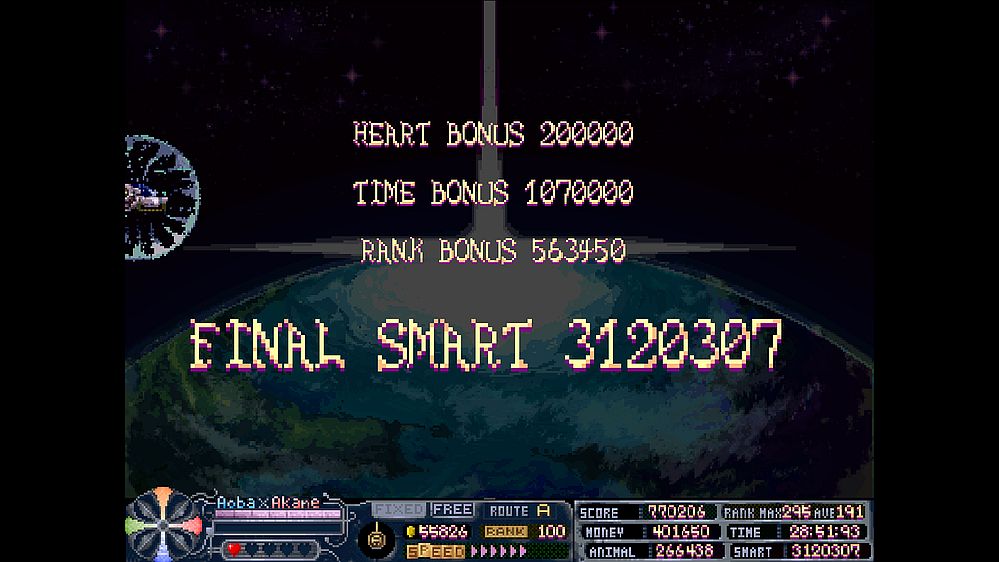 with how my latest run ended 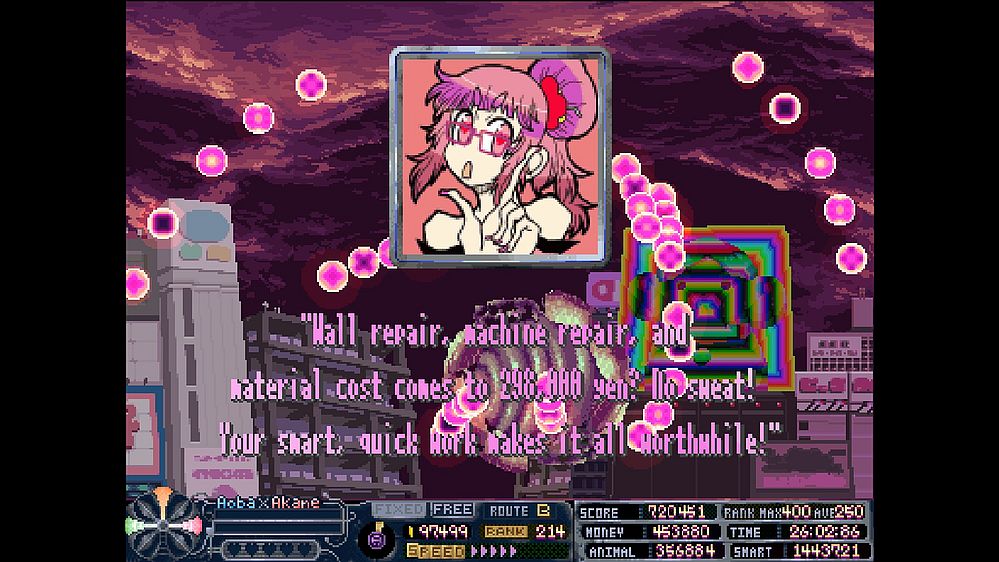 It seems like the bonuses for killing momoko and clearing dezatopia properly are huge by the looks of it, so you have to manage the rank to make sure that you're able to clear it. That's what I've doing wrong mostly, I think.
I've always died at the final boss ever since I started rolling my sleeves up. I think during that flukey first run, I kept the rank to a manageable level and just scraped through.
Conclusion: I have to stop being so sexy.
Eddie: Yes, you really, really must.

Route B is lovely, it's got flying saucers and aliens coming out of their little houses. Can't wait to see everything, maybe I should ease up a bit, I feel like I'm playing it too much, I don't want to make myself sick of it.
7.2 hours according to steam. Ooof!

The little character descriptions and stuff that you unlock are fun and worth a look, it plays some nice relaxing music and tells you about some of the bosses and enemies. 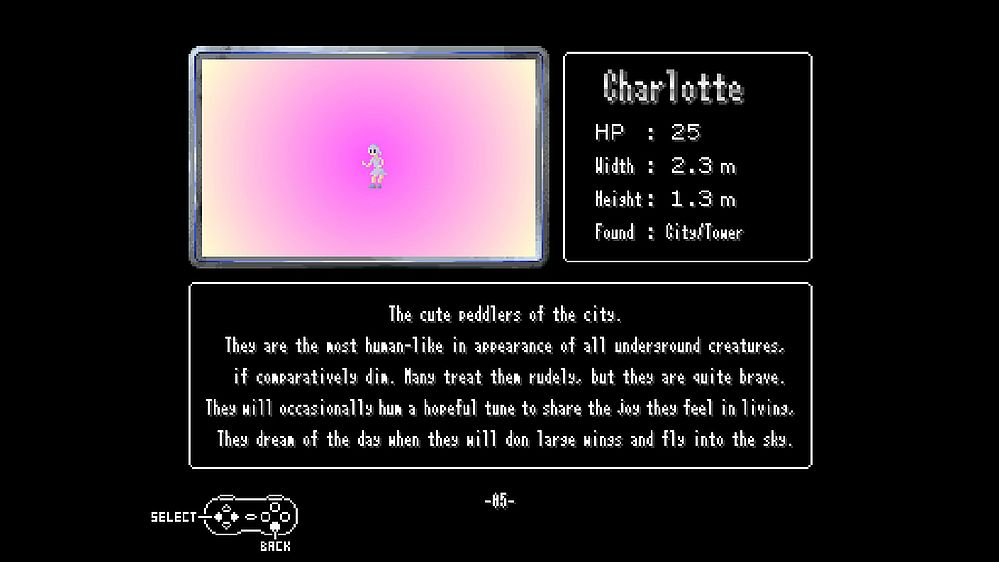 Might go for those touhou fangames that Mark bigged up in his 25 games of the decade video since the official games don't ever seem to go on sale and don't really tickle my pickle. Might get the cheaper one and give it a go.

The game that should have been number 1 isn't much more than a fiver, by the way - https://store.steampowered.com/app/4394 ... _REVOLVER/

Like I say, I'm not a good judge of what is and isn't bullet hell, you'll probably watch the first 10 seconds of that video and be like "mate!" but this is a really great old school style shmup, I reckon. Might be worth a punt for the price? - https://store.steampowered.com/app/618070/Jet_Buster/

From video footage I captured, I count 6-7 frames. So pissed because the game seemed awesome otherwise.

Oof! Power to the exa! Saw some meganerds in the shmups discord saying that even for them it was insanely difficult.
Buy it me and I'm sure I can scour the net for some more glowing comments

From the shmups discord, dez switch version not too long away.


within the month of February, absolutely no later than March, we’ve submitted to CERO already, basically just a waiting game 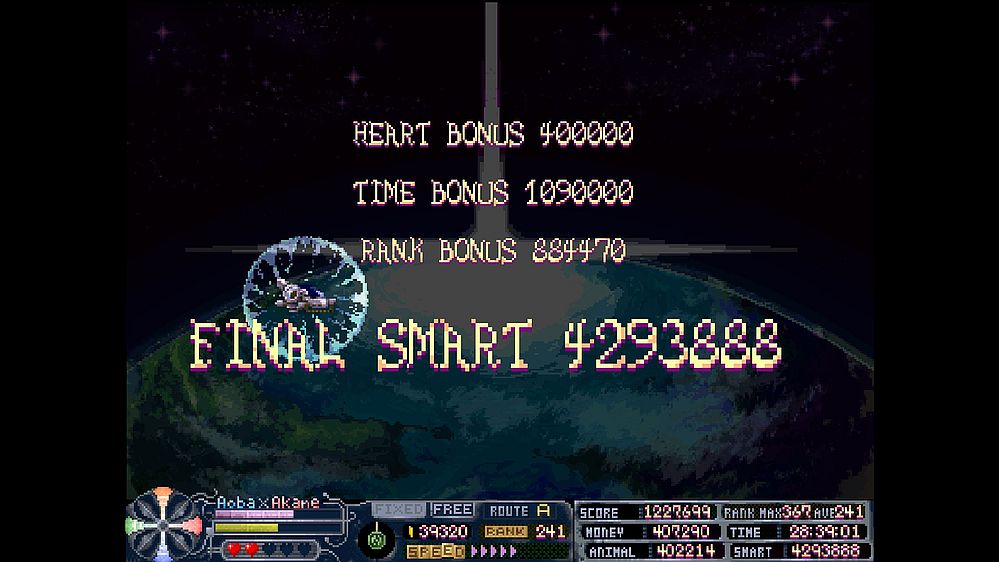 Reet, that's more like it. The starting rank changes automatically depending on how well you play and I was just acting the big man letting it do it's thing.
I tried playing today but bumped the starting rank back down to 100, I think that's the way to go, then let the rank adjust as you play. It doesn't get sillydaft that way. That's late game shit starting at a higher rank, I think. The last boss goes mental if you get there with a huge rank.
So keep an eye on that, don't let it tick up too much.

last upgrade before the game finished, I could have topped my life right back up and got a big heart bonus but I just picked up bomb because I are am idnot.
edit: Aaaaah, the heart bonus is for how many extra lives you have left, not how many health segments. It wouldn't have made no odds. It's confusing, I'm easily confused.
Route B is going down tomorrow.

big shot mark liked a tweet of mine about neko navy. I'll dine out on that for a while :swoon:
Top

Gus did an "ask me anything" on reddit.
Nobody asked him that.


This broadcast will be in English

Ah, there we go

12 hours from now, I think, so like 4:15am. That's not fucking happening. Will turn up archived here
https://www.twitch.tv/cave_shooters/videos
Top

and they're only 25 fucking quid (I'm assuming for the lot) 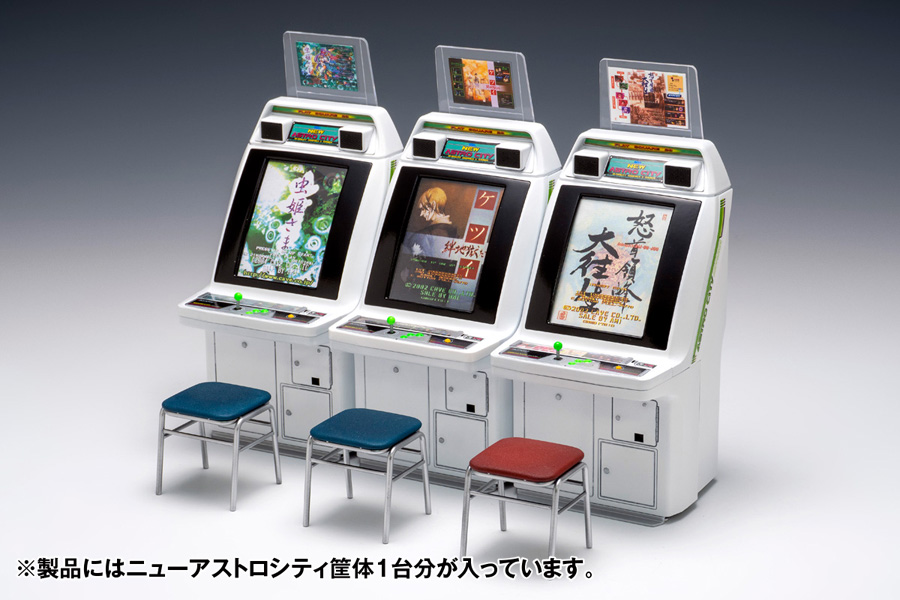