This is where you can deliberate anything relating to videogames - past, present and future
Post Reply
120 posts

I judge mine based on the boss battles. There are many great memorable ones in VII and a few in XII. One of my all time favourite memories was being down to just Vaan and 100 health in this fight and coming back to win, it took me over 30 minutes:

Flabyo wrote:It is a universal truth that no two people will have the same opinion about which games are good and bad.

I'm on team FFX. Though the Persona series has sort of taken me away from Final Fantasy for the time being.
Top

Maybe I should stop posting, seeing as so many people are enjoying fixing my posts

This game reminds me of a very shiny, impractical tap in a display kitchen. You think it looks ace and imagine having it but you can't really interact with it in any meaningful way. You turn the tap and nothing comes out and you rotate it around the sink, because you can, but to no effect. And all the while, there's a group of gap year nobheads laughing it up about the time they got so wasted and pissed on a homeless person.
Top 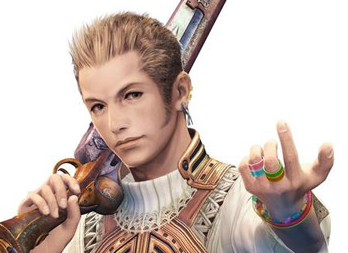 Yup and his Barrage move is ridiculously overpowered.

I actually played FFT:WotL before FF12 and therefore was already excited about getting more Balthier when I got FF12 a few months later. I never did finish it though, left it at that damn tower.
Top

Flabyo wrote:It is a universal truth that no two people will have the same opinion about which FF games are good and bad.

There hasn't been a good FF game since FFX.

The online ones absolutely should not be considered as mainline FF games.
Top

After a very slow start, seven hours in this has picked up, and I've learned some of the nuances and quirks of the battle system. It does feel a little like Monster Hunter now, albeit with simplified 'semi-auto' combat. I've won a few close battles now and I think I can put some of that down to skill and tactics. I've also now reached 'the open world' and I do feel that it has opened up, lots of side quests to do. I suppose the main thing now is that I feel no motivation to follow the main quest, I just want to do errands and hunts for cash and Exp. It's starting to be fun.
Top

2017 will be the 30th anniversary for Final Fantasy and Square Enix will celebrate the milestone with the following items:

Final Fantasy XIII trilogy is coming to PS4 during the next year. The bundle will include Final Fantasy XIII, XIII-2 and Lightning Returns on separate discs to be enjoined in 1080p and 60fps.

Final Fantasy 30th Anniversary Collection.
This compilation will include Final Fantasy I, II, III, IV, V, VI, VII, VIII and IX and it will be released on PS4 and PS Vita in a single disc/card. It will include two versions of Final Fantasy I to VI: original versions from NES/SNES and modern ports (mostly mobile ports). FF VII to XI will be based only in newest ports. Final Fantasy II and III from NES will receive an official English translation (first time). Games will be based on Japanese versions, therefore we will be able to play parts that were cut out when games were released overseas. Graphical censorship included in some titles when they were released outside Japan will remain. The collection will have a built-in art gallery and a sound test menu to play songs from games included.

Just for the record: this compilation will include just main Final Fantasy titles (I to IX).

There will be three versions for the Final Fantasy collection:


Edit - got my copy of FFXV today. I *thought* I installed it when I put the disc in, downloaded the patch, started it up ready to play......and now I'm waiting another THIRTY minutes to install? Ugh, that is just unforgivable. Right off the bat, a bad taste in my mouth.
Top

Well, FF VI (US III) holds a special place in my heart since it wasn't released in Europe and I was able to get an import copy from my local shop. Totally unexpected, this one blew my mind and it made me a SquareSoft nutcase.
The follow-up was always on my radar and in '95 images appeared of Locke fighting a Bahamut on the N64 - which immediately sold me on the N64. Then the franchise shifted to PS and FF7 as we now know it was released. It -again- redefined what games could do. The reason why VII is a must play for anyone I think.
After VII, the only one that gave me a lot of enjoyment was IX - the setting, characters and story really stuck with me. I was never a fan of the 'realistic' characters. I tried playing the older ones as well as the new ones but they never quite captured the magic of VI, VII and IX.
Obviously I am blinded by my own nostalgia but this is my opinion.
Top

I hate not controlling my party.

Party damage sucks - it sucked in Suikoden 3 and it sucks here.

I hate being graded on how/what I did in the battle because it means they want me to play the way they want and not the way I want.

The action combat feels really, really shallow. Half the time I just feel like I'm holding down the circle button to win.

The aesthetic stuff like character design is fine, but the combat is a huge disappointment for me.

FF13, as poor as the story was, was at least fun to play. This just isn't.
Top

Honestly, I felt the same as you at that point but it does improve as it becomes more challenging. It becomes something akin to Monster Hunter when facing a large enemy or series of tough enemies. When you need to be more tactical and you're mixing up magic and companion tech moves and warping in and out, it does have some level of strategy. It took me til Chapter 3, though, I think.
Top

Flabyo wrote:I did enjoy 'The Last Story', which took a more experimental approach and was quite a bit shorter than most JRPGs. It avoided any real need to grind through very considered design choices.

Maybe it's just me, but I felt that way up until the final boss. I can get to his third and final stage, but I do so little damage that I just can't go the length and he exhausts my party's HP way before I get even close to taking him out. I've tried to take him down for a couple of months and now I've given up. I'm under the impression I should have used those summon circles to grind throughout the adventure, because - save for a few big magic attacks that I only have enough resources for to cast maybe 3-4 times in the total battle - my attacks are like flea bites to him. Strangely, everything before him is pretty easy to get through without any grinding.
Top

From what I can recall the final boss in Last Story is more about attacking from the right place than anything else. You have to get above it. It's been a long time since I played it though.
Top

Yeah, but you have to get to a certain point in the fight to be able to do that and it's nigh impossible to get there for me. I watched video walkthroughs and the players were all higher in levels and doing lots more damage.
Top

Can anyone tell me whether FFXV employs much use of the L2+3 and R2+3 buttons? Basically, whether it would translate well to remote play is what I'm asking. I'm guessing since its a FF game, split second precision controls aren't vital, but could be wrong? Thanks!
Top

There are three control methods in fact. I reckon you could get away with it with one of them. Certain functions and buttons have alternative ways to do the same, for L3 autorun you could also just hold Circle. For R2 fast item menu, you could just go into the main menu and inventory. Same for map.
Top
Post Reply
120 posts