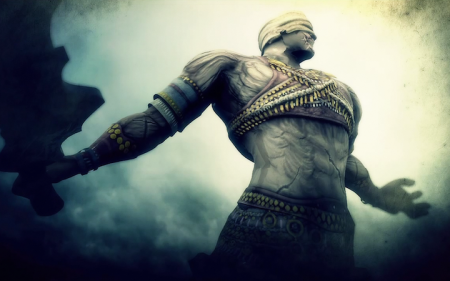 "No interest eh? I can tell you're not going to last long here."

In Issue 76, Cane And Rinse visited Lordran to discuss of Dark Souls. With Dark Souls II mere days away James, Tony, Sean, Darren F and special guest CJ Black made their way through the fog to Boletaria to look back at the first Souls game, From Software's Demon's Souls.

Cane and Rinse 118 was edited by Sean O'Brien.

Dude, you opened up the podcast with my post and chose my favorite of my handful of three word reviews I put in. That made my day, so cool! Only thing better would've been being on the cast, but still very cool.

Good podcast as usual, hit on a lot of good points.

If anyone was interested in checking out Kings Field based off what I was saying, it's a tough choice to make. KF2 and KF: Ancient City are the two easiest to get a hold of these days. KF2 is, in my opinion, much better, but it hasn't aged well. You think the Souls games are punishing? Try having hidden doors that look identical to walls so the only way to find them is spamming OPEN while walking along the walls. Then throw in traps in walls that do significant/lethal damage and are triggered by the same method. And then put both of those in one small room near the start of the game and you have KF2. Or the entire dungeon of that sort of thing, filled with enemies that cast paralyze and darkness.

KF: Ancient City has aged far better, but I feel it's a weaker game in terms of story and characters. Both are good games, but you've been warned. Demon's and Dark are both much more welcoming than KF games. I'd only recommend them to a diehard FROM fan that wanted a look at some early attempts of theirs.

Thanks for letting my comments be part of the cast! And reading them in fantastic non-boring-American accents is always unnaturally fun to hear too.
Top

Nekemancer wrote:And reading them in fantastic non-boring-American accents is always unnaturally fun to hear too.

Thanks chaps - after listening to this I decided to give Demon's another crack and try and complete it this time. If this proves to be anything akin to my experience with Dark Souls, there goes 200+ hours of my life!

I’m toying with the idea of doing this too. I never finished dark souls (a sad story involving a burglary losing me my GTA and dark souls progress) so thought I would start afresh with the first souls entry.
Top

One of the best games ever made and the most atmospheric of all the Souls game. Best voice work alongside DS2. Best music. Most frightening. Most innovative. Least compromising.
Top

Stanshall wrote: ↑
November 18th, 2018, 12:56 pm
One of the best games ever made and the most atmospheric of all the Souls game. Best voice work alongside DS2. Best music. Most frightening. Most innovative. Least compromising.

I’ll take that as a maybe then;)

Does playing it after dark souls diminish the experience? Is it worth playing chronologically?
Top

Well, there is no reason to not give acclaimed games a shot, is there?

Edit: You can play out of order. It's less than ideal, but not a complete deal-breaker. The Dark Souls games are related, but Demon's Souls and Bloodborne are standalone products.
Top

The only problem with playing Demon's Souls now is that Sony shut down the servers, so, it's a solitary experience now. Still enjoyable, but, pretty damn hard to beat on your own.
Top

I started it last night and was pretty sad to see that. Last time I dabbled there were so many little puddles of blood and ghosts running around.

Last time I tried melee and died easily but now I’m using a magic based character and blazed through the first level/area without dying once. I have now read that using magic is akin to cheating haha! It might be the only way for me with the servers down.
Top

There are some fan made servers which are running still for the next couple of weeks.
Top
Post Reply
12 posts • Page 1 of 1