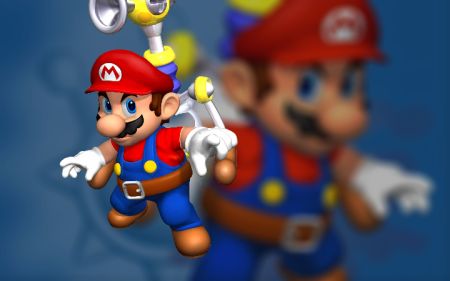 “What happened? Did the perpetrator get away?”

In the fourth of our six podcast ‘core’ Super Mario series, Leon, Tony and Darren G jet off to the sunny climes of Isle Delfino for what we hoped would be a relaxing vacation. Is Super Mario Sunshine as ‘hated’ as people seem to think? Do staunch Mario fans have serious reservations about the plumber’s tropical sojourn? Join us and find out.


Cane and Rinse 121 was edited by Darren Gargette.

this game was a big part of my childhood. When I was at school. Just wanted the day to end so I could go home & play the game !!!
Top

Mario Sunshine is the only main Mario game I've even had any joy with. And yes I've tried Galaxy. Maybe as I didn't grow up playing Nintendo I failed to develop the Mario gene?

As I say, I didn't really grow up with Mario either other than playing SMB a bit in the arcades in my teens. I started playing 'properly' with SMW at age 21/22 and immediately fell in love. World and Galaxy are still the 2D and 3D pinnacles for me by some distance but you're not the only non-Mario fan I've heard say that Sunshine was the one they got on with the best. Seems quite bizarre to me but I guess, whether it's down to the setting or whatever it's accessible somehow, despite all those problems that we experienced and talked about at some length on the podcast.
Top