Leave us feedback and offer us your own submissions.
Post Reply
6 posts • Page 1 of 1 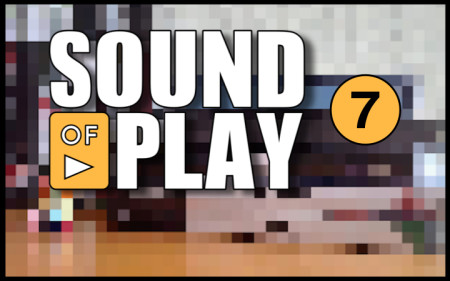 Welcome to the last podcast of 2014 about our favourite videogame music – Sound of Play.


Sound of Play: 7 was edited by Jay Taylor

Apologies for me describing and announcing the wrong SoR/BK track. I'm talking about the track Aboard Ship but the MP3 was labeled Stealthy Steps so we've elected to replace that in the final version of the podcast.
Top

I know most people do metal covers of Dr. Wily's theme, but I think I prefer this one...

Thank you for fixing the RSS feed

Flabyo wrote:I know most people do metal covers of Dr. Wily's theme, but I think I prefer this one...

Well, yeah, if there's a Smooth Mcgroove version out there, it's almost always going to be the best one.

Streets of Rage (got my Jap copy Bare Knuckle in the loft) and FFVII in the same episode- what a treat!

Yuzo Koshiro was a maestro and personally Beatnik on the Ship is one of my favourite tracks...


As for FFVII - Genova was a great choice but again personally can't go past Aerith's theme for me... Can remember how emotional I felt at the time when hearing it (in THAT scene) for the first time. Superbly played on piano here...

Enjoying working my way through the older episodes