Leave us feedback and offer us your own submissions.
Post Reply
7 posts • Page 1 of 1 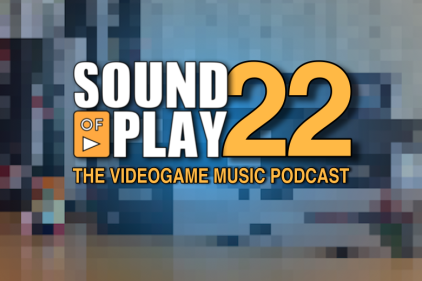 Here's the latest podcast all about our favourite videogame music – Sound of Play.

Sound of Play: 22 was edited by Jay Taylor.

Before listening to this episode I never understood "old school" gamers. Leon's introduction of BGM2 from Assault (1988) made it click for me though.

I never understood the appeal of these old games until I realized there were equally games I loved from not-as-long ago.

Due to their imprisonment in ever-evolving technology, everyone's favorites in the world of video games will eventually be left behind. It's a cruel thing and all we can do is hope that someone who loved them as much as we did eventually reaches back with technology to bring them forward. I'll be nicer to "old school" guys now.
Top

Number 6 is very special to me

That Jetforce Gemini track is amazing!

Listening to it before knowing what is was from I was thinking one of two games... Killzone or Killer Instinct.

Thanks for another great podcast.
Top

I can definitely recommend seeking out the Jet Force Gemini soundtrack on YouTube. There's some great stuff in there, and it's some way ahead of most N64 games sonically. No idea how Rare did it.

Here's another favourite from it:

Thanks Flabyo. I've been a big fan of Rare games and their music for many years. JFG is one of the few Rare games I've never played. When I eventually get an Xbox One and Rare Replay, JFG is a game I will have to play.
Top
Post Reply
7 posts • Page 1 of 1