Leave us feedback and offer us your own submissions.
Post Reply
14 posts • Page 1 of 1 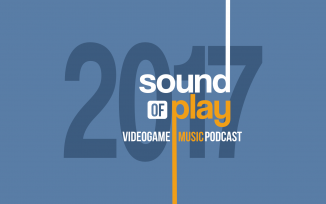 Ryan Hamann (@InsrtCoins) goes it alone for his final Sound of Play for 2017 with an epic medley of video game music from the year 2017.

You can download a higher bitrate version of the medley from here:

Sound of Play: 126 was edited by Ryan Hamann

For those of you who prefer something more visual, here’s Ryan’s video to accompany this particular Sound of Play

I've only gotten through half of this so far (commutes and all) but blimey.

Mr. Hamann, what did you do. This is wonderful.
Top

This is the good stuff.
Top

Thanks, everyone! Glad to hear you're all enjoying it.

If you'd like to guess the games included, feel free to list the ones you know and see how much of it you can figure out before the video version is posted.

If you want to highlight specific parts of the piece, use the timecodes that correspond with the standalone download version, so everyone can play along.
Top

Just adding my voice to the chorus, this is a cracker. First show I've listened to all the way through in a little while, for my sins, but a brilliant compilation and I loved the little Proustian flashbacks to the familiar but forgotten. Aside from it being a brilliant year for games, it's the best year for video game music I can think of in recent memory.
Top

As Ryan has thrown down the gauntlet, it’d be rude not to pick it up. There are a few here and there that I KNOW but I just can’t quite get and it’s getting under my skin. Here’s what I have so far-


Spoiler: show
10:00 Everyone’s favourite punch em up - ARMS
10:41 Not sure on this one, but the lyrics allude to Mario so I’m going for the Mario Rabbids crossover
13:28 Zelda, innit
16:09 A round of applause for this one. Snipperclips backing beat to Parrapa the rapper rapping
18:19 This one sounded very post rock, so without having played it I’m going to guess at 65 Days of Static’s soundtrack to No Man’s Sky
19:12 Samus Returns
20:03 This reminded me very much of Journey, will take a stab at The Last Guardian?
23:19 The music here is from the lovely Kamiko, not sure on the narration
32:40 I believe this is a Xenoblade game, but I only know that because it’s been on Sound of Play before I believe
43:02 This gives me huge Mario Galaxy vibes - Mario Kart perhaps?
44:25 A short interlude of Shovel Knight music, Spectre Knight campaign
46:40 Haven’t played it but that soundfont is unmistakeable - Star Fox 2
47:25 Oddworld, Mario’s Oddyssey

Just to be confusing, Craig’s time codes up there are from the podcast episode, so you need to add ten minutes on to mine to make them line up cause I’ve done if from the soundcloud file.


Spoiler: show
Ones in bold are ones I’m sure of. The rest are guesses.

big gap here that would be mostly out there guesses.

I also came here to say that I made time today to listen to this, excellent stuff man.

Also, I'm sure there's a tune from Steam World Dig 2 in there that no-one has seemed to mention yet.

A bit late to the party but I can only echo what everybody has said, incredible work you really outdid yourself this year Ryan.

That was a fantastic piece of editing on that medley. Flows really well, and the mash-up sections were just brilliant. In particular the Splatoon/Yooka-Laylee and Kingdom Hearts/Yonder sections. Really impressive stuff. Prey sliding in to Nier was great too.
Top

Great work, everyone. I'm impressed with what you've been able to come up with so far. The video has been posted, so you can use that as an answer key of sorts (a full answer key is in the description, but it's more fun to use the video by itself).

Thanks for noticing, Scrustle! I was super pleased by how well the Kingdom Hearts / Yonder mashup fit together. It's like they're made for each other!
Top

Ha, I went back to put this on in the background again, while I did some bits online and ended up watching the whole thing.

Watching it this time as opposed to listening via iTunes like last time, was great.

Filled in a lot of the blanks.
Top

Flabyo wrote: ↑
December 30th, 2017, 10:13 am
Just to be confusing, Craig’s time codes up there are from the podcast episode, so you need to add ten minutes on to mine to make them line up cause I’ve done if from the soundcloud file.

Flabyo, you Tweeted me expressing interest in some of the tracks included in this medley. I'm making a prediction: when I included the song in the mix, I thought that you, specifically, would enjoy the song from Filthook (based on the types of songs that you have requested on Sound of Play in the past). Was I correct? Or is there a song in there that you were more interested in?

Just listened to this! Absolutely first class. This is the pinnacle of editing in my opinion! Hats off to you Mr Hamann
Top
Post Reply
14 posts • Page 1 of 1