Leave us feedback and offer us your own submissions.
Post Reply
4 posts • Page 1 of 1 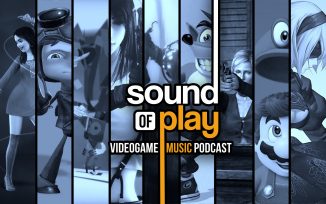 This week’s Sound of Play host is Ryan Hamann (@InsrtCoins) and he’s joined by Cane and Rinse community member David Darbyshire aka Jon Richter (@richterwrites) with community submissions from Spacefarer, srgtsilent, and brazenhead89.

1: BioShock Main Theme (The Ocean On His Shoulders) by Garry Schyman – BioShock, 2007

Sound of Play: 145 was edited by Ryan Hamann

Theme of Laura is such a fantastic, heartbreaking track - Great pick.

PS: I can hear the resemblance, Ryan! You're not going crazy!
Top

This was a great episode (and not just because my piece was picked). Very nice bit of unexpected, but not unwelcome, discussion.

A further point about The Sims 2 and its storytelling: the game has a bunch of built-in features that facilitate making your own stories with your Sims. For example, each neighbourhood has a bit of soap opera-style backstory, and I believe that by using the camera feature, you can also put together individual stories for each family and Sim. Couple that with the memories feature and you've got yourself a pretty robust, if somewhat clunky, system there.

Also, Crash TwinSanity is such a great game. It's such a shame it was never properly finished - though the lobby behind it being remastered with all the cut content restored probably consists of me and me only. Ah well.

I value the procedurally generated story telling a lot. The stories I have from games that allow the player to make their own stories are so much more valuable to me than the stories any game writer was attempting to tell.

I also appreciate a good story in a video game, and I talk about those with friends too, but for me those are moments I’m basically sharing with the writers. I appreciate their work and it has value to me. They get a paycheck for making it and any satisfaction they might have from it touching so many.

My friends and I have troves of stories we lived from games, primarily table-top roleplaying games, but a lot from video games too. I actually feel bad for newcomers to our circle because we can’t help but gush at them about adventures past. I don’t want to be exclusive or unwelcoming, but damn they’re good stories and hopefully those who join us can expect to make some of their own.

A story told to me via a game is not lesser experience, but unless I am friends with a video game writer, I get more value - mileage, discussion topics, however you define it - out of stories from games that come from experiences I’ve had. I have to tell those stories for them to BE stories, but a story from a game writer? I can just recommend the game and then share a nod and a smile with the people who have played it. It’s not a bad thing, but it takes up less time in my life to share than experience with others.

The PS4 version of pig riding is definitely less celebratory. It sounds like the composer wanted to listen to or was listening to some Devil went down to Georgia at the time of composition.
Top
Post Reply
4 posts • Page 1 of 1