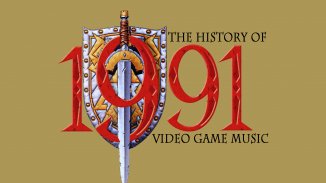 Ryan shares the next year in game history medley, featuring music from 150 games from the year 1991.


Music featured in this podcast:


Sound of Play 276 was edited by Ryan Hamann.

You can keep up with the History of Videogame Music project and download high-quality versions of the mixes (as well as bonus mixes and alternative artwork) at https://playwritecast.com/the-history-o ... game-music.
Top
Post Reply
1 post • Page 1 of 1