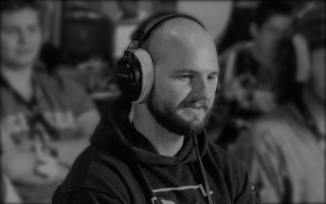 In this interview extra podcast, Charlotte Cutts interviews Metako, a speedrunner who regularly bashes through 80+ hour marathons of the Final Fantasy series
JRPG speedruns are a bit of a strange beast: runners try to complete the games as fast as possible, yet they can still span over several hours. Imagine Charlotte’s surprise when she found out that one speedrunner strings together games in the Final Fantasy series into one enormous run that lasts several days. Wondering how you can come out of the other side of such a feat with your health intact, she had to have him on the show for an interview about his marathon techniques.

Metako very eloquently explained to Charlotte (@ccuttsgames) how he goes about physically and mentally preparing himself for his marathon attempts, as well as talking about how he balances streaming with his demanding day job as a secondary school teacher. He also talked about his appreciation for Final Fantasy X-2 and the thrill of competing in speedrunning races. Be sure to give it a listen – it may give you a whole new appreciation for speedrunning as an endurance event.

A weird one but on my feed there’s another interview by Charlotte which is very very good. I wanted to say how much I enjoyed it but couldn’t find a thread. Also weirdly it appears on the normal cane and Rinse feed but not the Patreon one.

Thoroughly enjoyed it and banished some lazy misconceptions I had about streaming and speedrunners. Stellar work Charlotte.
Top
Post Reply
2 posts • Page 1 of 1