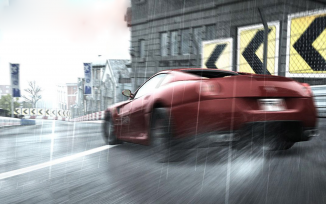 Moving onto the last lap, Karl, Tony and returning guest Gary Blower round out the final two iterations in the Project Gotham Racing series.

Project Gotham Racing 3, launch showcase title for the Xbox 360, a technical tour de force, but did it live up to the fond memories of PGR2 (as discussed in podcast issue 262)? Then Project Gotham Racing 4 introduced bikes into the series, but was it necessary – and did it help or hinder the experience?

Join the team as we discuss the pros, the cons and the legacy left behind by the now defunct Liverpool studio, Bizarre Creations.

1. Shadow by The Prodigy
2. Helicopter by Bloc Party

Cane and Rinse 295 was edited by Ryan Hamann.

Another great episode. Also one that I was originally intending on contributing something to, but never got around to it. Although, it’s been so long since I’ve played either game, that I can’t really remember most of them. I haven’t even owned PGR3 in a very long time. My thoughts in general mirror the sentiment of the episode though. I had a load of fun with 3 around the launch of the 360. It was a technical marvel and great fun. I only got around to 4 long after it released, and while it was still a fun racing game, it definitely didn’t feel as special or new as 3. I also agree that the new tracks and the addition of bikes were a bit underwhelming. Weather was more interesting, but it didn’t revolutionise the game in any way.

Good chat about the state of the genre in the industry too. That’s something I find myself thinking about often, but don’t hear many people talk about. Seems most people don’t care. Again, I think my thoughts mirror those of the podcast. The genre as a whole feels kind of stagnant, and pretty much dead when it comes to the side of arcade racers. It’s in a sorry state. While I would be happy for PGR to come back, and would absolutely support the idea of Forza going to a three-year cycle rather than two, I’m not so sure that things would turn out so well if that were actually done. PGR does fit very neatly between Motorsport and Horizon; too neatly. I don’t think it can really justify its own existence when both those other games already have all the same bases covered in their own respective series. I don’t think the window between them is big enough. And as for racing games in general, I don’t really trust large publishers to deal with them anymore. As much as I would rally behind the calls for the likes of PGR, Burnout, or NFS making a comeback, I can’t see any of the large publishers doing them justice. Forza is somewhat of an exception to the rule in regards to how these things tend to go, and even then I feel it’s currently at risk of faltering as well. We need a smaller studio to come in and start something new. Something which learns from all these old classics, but does something to breathe new life in to the genre. Maybe Codies are in a good spot to do that, but they seem mostly uninterested right now. Maybe OnRush will be good though.
Top
Post Reply
2 posts • Page 1 of 1