Here's where you can leave us any comments, questions and feedback for our exclusive Patreon feed podcasts
Post Reply
7 posts • Page 1 of 1 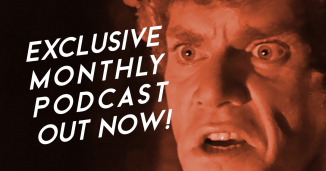 Jay I really think you should check out Vikings on Amazon Prime.
Top

I've watched the first couple of seasons quite a while back but I'll probably start again near the time the game is due. I did a similar thing when I eventually played AC: Black Flag which I did whilst simultaneously watch Black Sails on Amazon.
Top

I really like it. There has been a lot of questioning over how historically accurate it is but I guess that's no different to the AC games.
Top

Yeah, I'm not necessarily bothered about historical accuracy too much either, I prefer it if a show, or even a game for that matter, just instills enough curiosity in me to want to Google about stuff afterwards (something the AC games have always done).
Top

I'm a bit behind but I've just listened to the podcast and I thought you might want to hear from a primary teacher’s point of view regarding the history chat. Of course, schools are very different today. I remember one teacher telling me when I started teaching that she had taught a lesson about vikings that involved getting another class of older children to come in shouting and screaming, taking anything they could find lying on the tables and then leaving to show what a raid would be like. I remember thinking that it would most definitely teach a lesson but decided on veering towards the runic system of writing rather than potentially traumatising children so they could empathise with their victims. Dull, I know.

Anyway, it was funny listening to Jay talking about not learning much about these parts of history as it seems like whenever I hear about a new installment of the AC franchise, I’ve found myself increasingly thinking they’re definitely going through the National Curriculum for Primary Schools. Victorian England and Ancient Egypt are taught in most schools, although they are technically optional now. Ancient Greeks are now and seemingly always were on the curriculum and both the Anglo-Saxons and Vikings are on the National Curriculum, as separate subjects even though it could (and probably should) be argued that the Anglo-Saxons (Angles, Saxons and Jutes) are just Vikings that settled in Britain first.

It could be a coincidence but I’m now at the point where I’m expecting the next one to be Mayans or Aztecs. I don’t think anyone at the DfE works for Ubisoft though.
Top

I'd love a Mayan, Aztec or Incan Assassin's Creed, they're some of the periods in history I'm most interested in. Being able to wander round a good hi-def depiction of that world and time would be aweomse.
Top
Post Reply
7 posts • Page 1 of 1