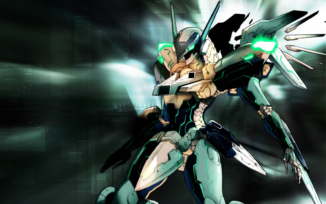 “Use power for the right things. At least for the things that you believe in.”

We follow up Issue 322’s Zone of the Enders podcast with a show all about the sequel, Zone of the Enders: The 2nd Runner (aka Anubis: Zone of the Enders). Leon, Josh, Karl, Michiel and our support team of community contributors debate the pros and cons of the sequel over the original; its enhancements, refinements and those areas where perhaps we feel that it didn’t quite succeed in making a great leap forward.

Cane and Rinse 348 was edited by Ryan Hamann.

Great episode. I was thinking about contributing, but I couldn't really come up with anything substantial enough to be worth it. But you guys covered everything I would have wanted to say anyway. My thoughts line up pretty well with the more positive opinions you guys had.

That point about liking Leo more in retrospect is interesting though. I can understand that point of view, but I don't agree with it myself. Dingo may have been sort of boring and a missed opportunity, but Leo was always insufferable. I guess the idea of his relationship with ADA had a lot of potential, but it fell so far from that in execution that I don't really miss him being the main character. Dingo got closer to what he should have been than Leo did, even if that was ultimately a less interesting goal, and still didn't really get close to it. If they actually did get Leo's character right in the first game, it could have been something really good though. Even though you don't see him much in 2, I do like how they changed Leo as a character in that game. Much more grown up and mature, and you do get a hint of some unresolved relationship between him and ADA. Maybe that's where the feeling of missing him as the protagonist comes from.
Top

^^^^^ Thanks for the feedback, Scrustle. The story was my biggest disappointment with ZoE2. I had expected more from it, with the Kojima connection and that opening/trailer. Other than that, I I had a very good time with it and I'm quite smitten with the aesthetics, still.
Top
Post Reply
3 posts • Page 1 of 1