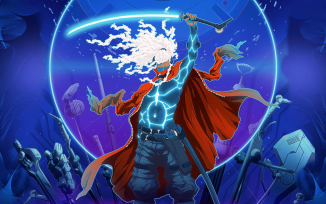 “Pull yourself together. Get out of prison. Kill the Jailer.”

1. Time to Wake Up by Carpenter Brut

2. My only chance by The Toxic Avenger

Cane and Rinse 374 was edited by Ryan Hamann

Remember, you can get an extended Cane and Rinse podcast a week early by supporting our Patreon for just $1 a month

Really enjoyable show this one was. Interesting to have a mix of opinions on this title. Also glad that I was not the only one who had trouble with the final stage of the Scale fight. Thought it was just me being crap

Yeah ,would probably have stuck with normal difficulty if it was not for that fiddly dodge mechanic. It really could have been improved a lot.
Top

For sure, it really comes up a bit short for what the game asks of you. And at the same time, bullet patterns never get as complex as they can be, because the dodge mechanic can't support it.
Top

Even though it is nowhere near as difficult as Furi, the dodge mechanic in Nier Automata is for me, an example of how to do dodging right. Simple button click, you are out of harm's way, that is that. It doubling up as essentially a run button also ensures it gets plenty of use outside of battle as well. In that game, I know whenever I got hit that it was my fault alone so it just pushed me to do better. If the Stranger could move like 2B then I would have adored this game so much more. Really, Nier Automata did the bullet hell part of the equation much better than Furi but in all fairness, Furi came out before Nier did. If a sequel or similar title was in the works, they could do with taking some inspiration from Yoko Taro's title.
Top
Post Reply
4 posts • Page 1 of 1