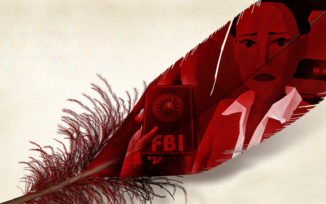 “Press A to begin journey”

Join Karl, Jon, Jacob and James on an investigation into exactly what happened in Kingdom, Virginia in late summer 1992. A missing child leads two FBI agents into a web of conspiracy and corruption… or so it seems. Will Variable State’s Virginia stand up to close scrutiny, or fold under questioning?

Cane and Rinse 352 was edited by Jay Taylor.

Remember, you can get an extended Cane and Rinse podcast a week early by supporting our Patreon for just $1 a month

This was definitely an interesting podcast to listen to, as one of only two correspondents with a somewhat negative response to this game (and the other one - the three-word review describing it as "vapid" and "pretentious" - being one that I certainly wouldn't entirely agree with). It was sort of frustrating that despite my criticisms - I did agree with so much of the contributors' praise of the story and its themes (based on my second playthrough), but wish that I could share their enthusiasm for the game as a whole.

Playing again, I was more aware of Virginia's own story and ideas (though I do still wish it was a bit less indebted to its influences) and could empathise (but only to an extent, which I'll go into later) with the thrill of piecing the story together and forming my own loose interpretation of the fragmented narrative (the game opens, iirc, with a note that it's formed from second-hand documents, and I wish Virginia had run with this unreliable, subjective framing just a little bit more).

Ultimately though, it's still a game that leaves me cold. My enjoyment of the story and my awareness that there are details in there to pore through and engage with makes me wish that this was a somewhat experimental mystery film that I would probably enjoy rewatching instead of a game. That the interactivity amounts to just "walk around beautiful locations awkwardly and press X at the one thing you're allowed to press X at" means that I start to find Virginia a chore as it approaches its end -- I find myself too bored to pay it my full attention at the very point where the game demands the most attention.

I'm definitely going to keep my eyes peeled for what the developers do next; I just hope they tone down their clear cinematic ambitions a bit and pair their interesting stories with a storytelling method that does something as interesting with the medium they're actually working in. (I'm very aware this falls very close to the common criticism I usually hate of so many story-based games that I absolutely love: "why didn't they just make a film?" but with Virginia, I really feel it's a valid complaint).
Top

Excellent! I'm very pleased to have found an old C&R for this.

I'm curious what the team and contributors have to say about this one. An interesting game for discussion I'm sure.

I played the game at the weekend and didn't really know what to make of it. The way of telling the whole story purely through on screen actions and a great soundtrack with no voice acting, notes to read or text of any description worked very well I thought but the overly obscure plot let the game down greatly I felt.
Top
Post Reply
3 posts • Page 1 of 1