A Look Into The 3DS Screen Ideal

This is the place where you can confab about all the other stuff besides videogames.
Post Reply
10 posts • Page 1 of 1

A Look Into The 3DS Screen Ideal

I’m not sure how much interest there is in this sort of stuff here but it’s something I’m kind of into, which often becomes a bit of an obsession and occasionally an annoyance.

As much as I enjoy playing the games and that will always come first, I do enjoy the hardware/technology side of things and what sort of effect it can have on the medium.

Adventures like this have led me to ordering multiple Super Famicoms from Japan, (in the search for a 1CHIP version with superior graphical chips) and meeting shady men outside the back of Sky Broadcasting centre buying Sony PVM’s from the back of their van.

It's an experience I tell thee.

My most recent deep dive into hardware, displays and curios is the Nintendo 3DS screen technology type and how they find their way into different consoles.

It’s seems that Nintendo used two types of LCD screen technology in their 3DS range of consoles IPS (In-Plane-Switching) & TN (Twisted-Nematic). Think of it like Plasma and LCD from back in the day.

I’m currently going through an Indian summer romance with my 3DS and have been using it more than anything else of late.

A few weeks ago I was browsing r/3DS and came across a post where someone was asking which version of the 3DS was most desirable. Zelda, Pikachu, Samus, etc…..

The first post kindly gave their opinion and with their closing sentence pointing out that regardless of aesthetic appearance, the most importing thing was to try and get an IPS screen over a TN.

This was the finger that tickled my curiosity – what the hell does that mean ?!

Followed by a quick Google, I found a Polygon article which addressed the situation.

It’s not an even split either, the ratio of screens out in the wild appears to favour rather heavily on the TN range side of things, potentially because TN screens are cheaper to produce. Because of this, the IPS screen is scarcer and thus, perhaps more desirable. Hmmmmm.

There appears to be no sort of indication either as to what type of screen you will get in your 3DS console, region, size, serial number or release date don’t appear to give any sort of guarantee as to what screen you will receive (there is perhaps an exception though).

Firstly, both types of screen are LCD and each have their own benefits one way or another, just like Plasma and LCD did say.

The main stand out differences between them however are as such;

Granted, this means very little in reality and the one that maybe sticks out most is response times – it’s worth pointing out mind that we’re not talking huge difference in response times IPS can be as low as 4ms and TN as low as 1ms.

The unicorn 3DS, or perfect scenario is apparently IPS screen on both top and bottom of the console. Doing some research into the choice people seem to go as far as to bulk buy damaged 3DS’s in the hope that one, or maybe both screens are IPS and will transfer the screens out. Which comes with it’s own complications and issues.

With all this in mind, I picked up my current 3DS that I’ve been using and wondered what I had.

I’m currently using the New 3DS-XL, which I bought in 2016 when Nintendo increased the size of their original 3DS hardware with the ‘New’ revision.

Incidentally, since I bought the console I’m using now, I stumped up the pennies for the later Samus version that was released September 2017 in conjunction with the Samus Returns re-release. Not being particularly fond of that aesthetically compared to my Peal White XL, it sits in it’s box on my shelf bringing me a level of happiness I can’t rational.

Perhaps the latest, special edition version I had has an output that a display deva would covert and would be worth swapping over to using ?

To test the screens to see what you have in there, you can use an app that will work on cracked 3DS’ but I have no interest in hacking my 3DS and certainly won’t be for this, you can tell, simply by looking at them and doing a few tests to see whats what.

I gathered all my 3DS’ and booted them up to see if I could see any sort of difference between them and straight away, I thought I could see a difference in one over the others. 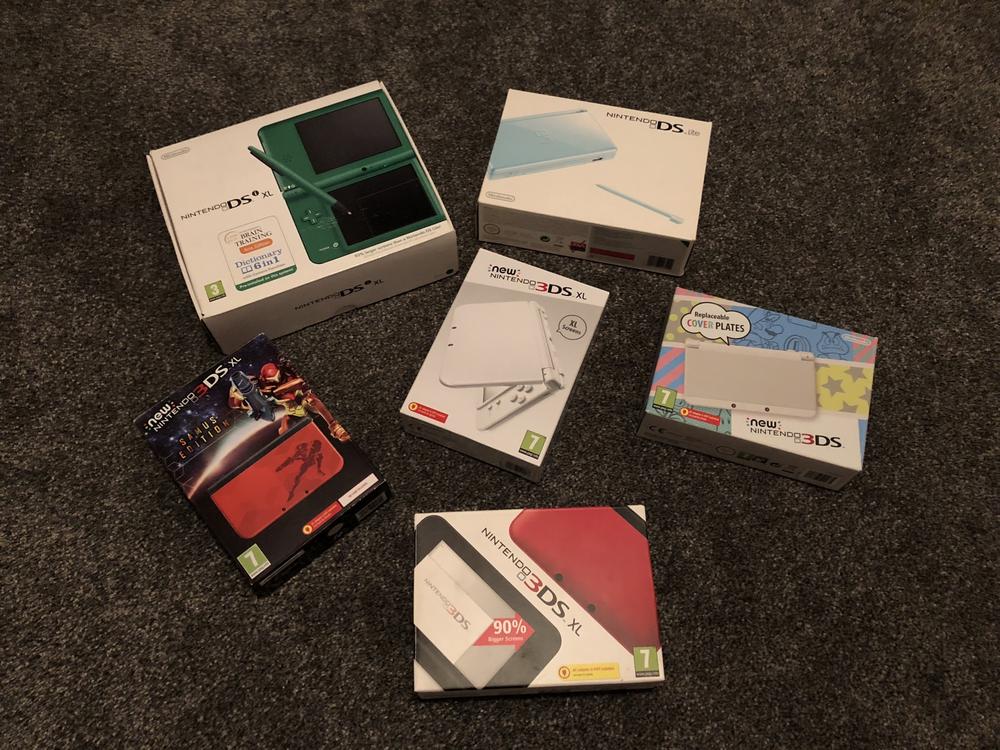 The screen that appeared to be different to the others was the top screen of my N3DS-XL, which is the one I currently use.

To try and show the difference I have placed it next to my Samus Edition N3DS-XL – the newer of the systems.

I’ve also set the screens to full brightness, power saving off and tried to get them to display similar things. 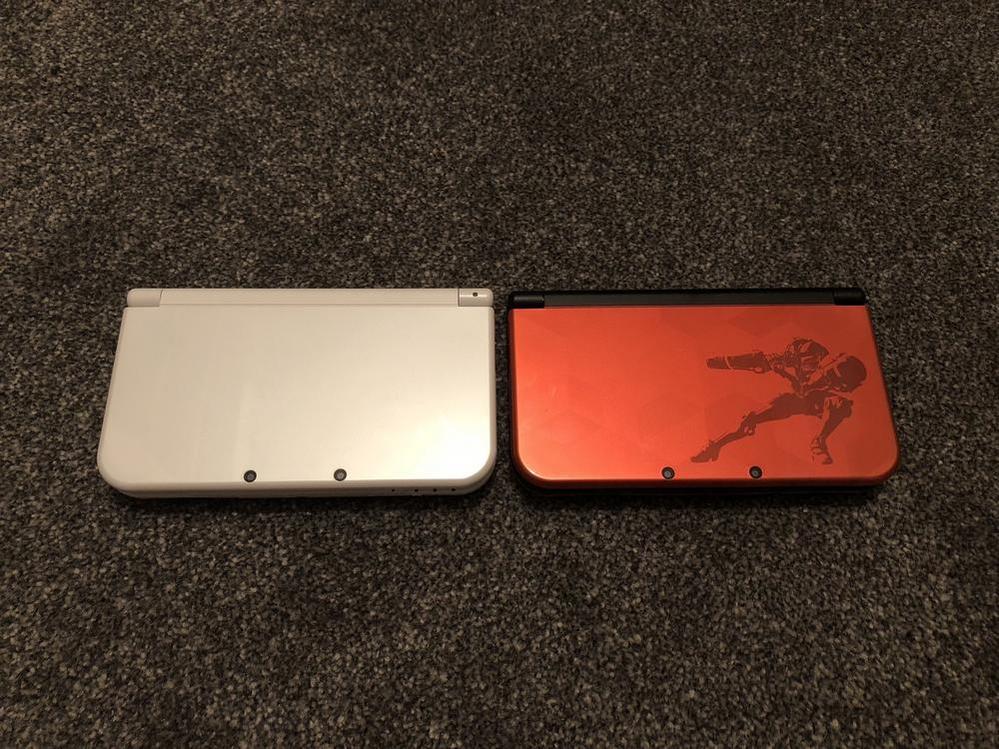 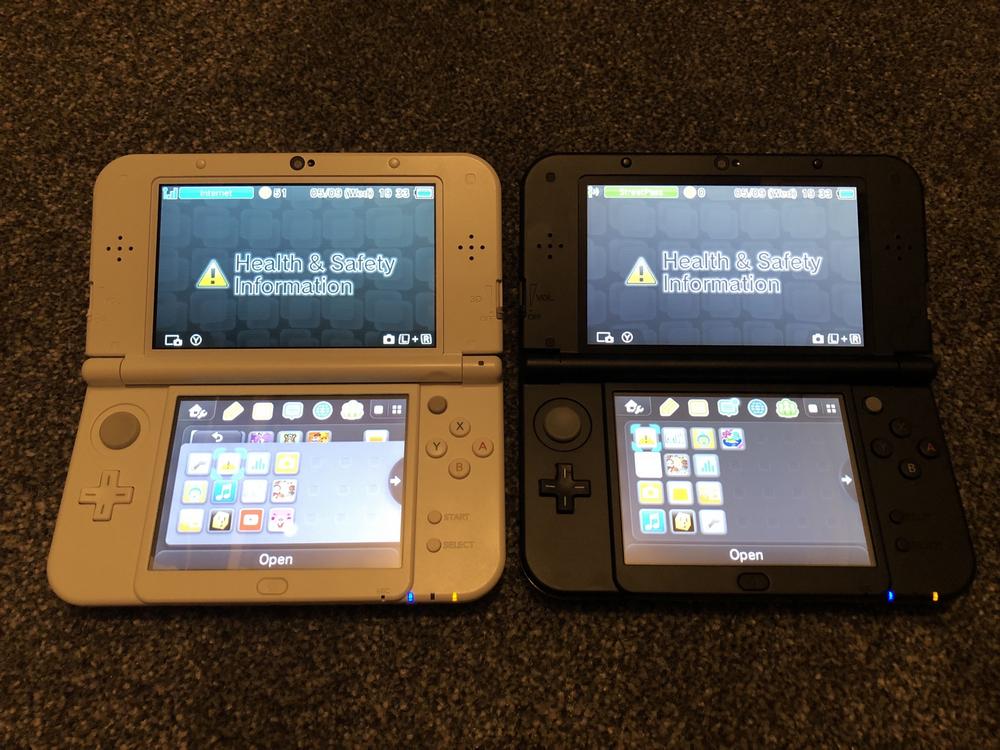 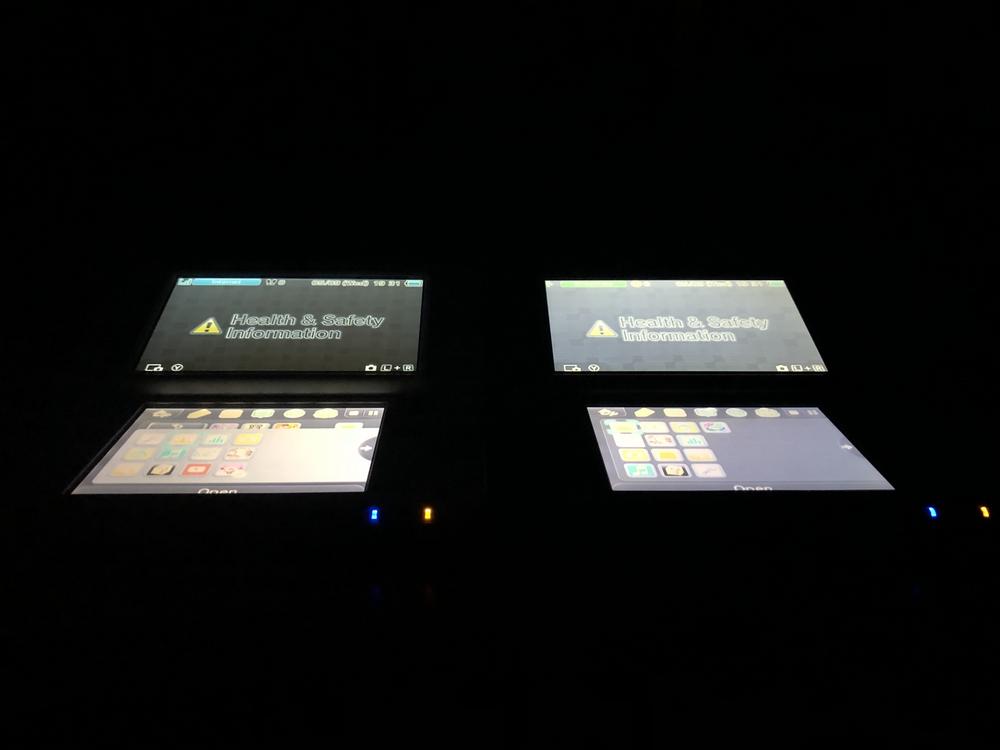 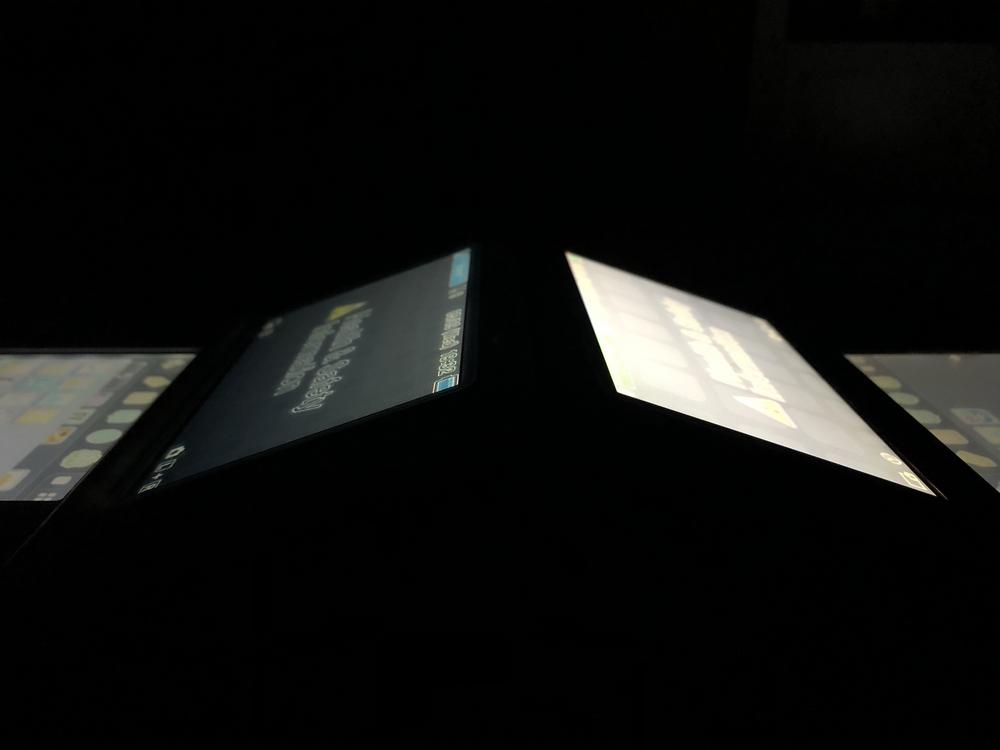 It’s tricky to photograph and isn’t instantly apparent at all, I don’t think, unless you have two screens next to each other, or when you start tilting the screens. Even then it’s not that clear.

However, having two side by side with different screens it becomes quite clear.

So, I’m 50% off from having the Ultimate 3DS Hornicorn but I won’t be buying bulk systems or pulling what is left of my hair out in disarray of having a bottom NT screen.

I’ve mentioned on a few occasions, even on this forum, that I was impressed by the step up in quality that my N3DS-XL gave over its slightly smaller brother. Without even knowing that perhaps that was because of different screen technology being used – I just assumed it was the extra grunt and larger screen that gave the brighter, clearer image.

Looking about the internet and watching various video’s on the subject, it seems that the most common source of getting your eyes onto one, or even two of these IPS screens is to get the Zelda Hyrule Edition N3DS-XL but even then people report that that isn’t a guaranteed avenue to go down.

It seems that the screen allocation is totally random, even serial numbers are way off in terms of any correlation between IPS models and that it’s simply down to the luck of the draw – similar to the Super Nintendo 1-CHIP scenario then.

It’s not essential but I certainly found it interesting.
Top

This is fabulous CaR fodder! I wonder what my Majora’s Mask N3DS is packing.
Top

Fascinating stuff. So the top screen of your Pearl White *new* XL is the higher quality IPS one?

I just checked on my Special Edition FE XL and it looks like I have double TN screens... You've brought me despair and an inferiority complex I was entirely unaware of 30 minutes ago!

I just checked on my Special Edition FE XL and it looks like I have double TN screens... You've brought me despair and an inferiority complex I was entirely unaware of 30 minutes ago!

Yes, that's correct, my Pearl White (the one on the left of the images) has the IPS screen.

Yeah, there is always that danger but honestly, I know you know it's not as bad as that

While I was poking around doing some research a lot of people were claiming that a well calibrated TN screen can look just as nice an IPS screen.

I first heard about this on an episode of TCGS I think. Someone had made a blog post about their quest for the perfect 3DS. It was interesting at the time, and now even more so! This is the sort of thing that would drive me crazy, I'm half glad I don't own one!
Top

This has been a known thing for a long time. My counter point is, who cares (from a technical standpoint, it is fun to fathom why this happened)? Viewing angles are kind of pointless because you have to be looking at a 3DS straight on for the effect to work anyway, and as personal device will anyone really be watching you play from off centre? I suppose you could make the argument that over long play sessions the IPS might win out, but the 3ds screen is 400x240, it's going to get hard to look at no matter what you've got.

IPS does generally look better but the stories of people buying a bunch in order to keep the IPS screen over the other just seems ridiculous to me.
Top

I think it's fascinating, really enjoyable little read and I'll check out the Kotaku link at some point. I do regret flogging my 3DS. I loved it even though I never played it very much!
Top

I understand this sort of thing isn’t for everyone, it was meant as a conversation piece, not a suggested standard.
Top

Great post! I'm absolutely going to stop reading about this now though as I don't want to get too curious and check my 3DS to find out it's got an inferior screen. I don't play it too much these days anyway, but it would drive me crazy any time I did.
Top
Post Reply
10 posts • Page 1 of 1