Mario’s unsung sibling got his own gig in 2001 for the launch of the Nintendo Gamecube. Leon, Tony, Darren Gargette and GameBurst’s Gary Blower return to Luigi’s Mansion to investigate whether the foundations of its underrated reputation are sound. The panel also speculate as to what the forthcoming 3DS sequel will offer.

Track 3: The Gallery by Kazumi Totaka

You can subscribe using iTUNES or use our PODCAST RSS FEED, or you can just simply DOWNLOAD IT HERE instead.
Top

Don't forget, boys and girls, this podcast which keep you up to date and in tune with the upcoming release of its sequel come Thursday!
Top

Well, it's been over two years since the rather brilliant Luigi's Mansion 2 was released. Mad innit?

Nintendo Life have written an article about the arcade machine found in Japan!

Incidentally, I have a boxed copy of the original Luigis Mansion on the Gamecube, with manual, if anyone is interested in buying it...?
Top

I finally finished this game, this week.

Going back to this older Podcast was a great little insight into some of the development, I had no idea, or rather didn’t even think about the chance that this was originally one of the stereoscopic 3D games for the GC, makes perfect sense now looking back at it with those eyes. I can’t help but think, how incredible it would have looked of the 3D was as good as the N3DS is.

It would also have helped with the depth issue I had at times capturing things.

Also, the Majora’s mask style gameplay makes a lot more sense, in the respect of having a day to beat it in four, 6 hour, chapters. I don’t feel that would have made much of a change to my enjoyment of the game though, but still extremely interesting to think about it and does give a gameplay explanation to the mirrors throughout the game.

Great conversation about the game I thought.


My history is that I never played this first time round, I simply watched a friend play the first third of it maybe. I then started playing it early in the year and put it on ice, to come back to it, once I’d moved and was set up back in my office.

So, I did, and finally finished it.

I’d say maybe 10/12 hours in total for me to beat it, that was with all the Boo’s caught and a Rank-B ending, the best you can get on the PAL version of the game it seems. To get a Rank-A you need to finish a new game+, as discussed in the Podcast.

I played this on a GameCube, wired pad (not my WaveBird as the vibration function is important) and a CRT.

The pacing of the game is comfortable enough to put on of a Sunday evening, sit back and play I thought. The exploration and thinking involved in the game is enough to give it a slight murder mystery feeling, only a few times was I truly stumped and resorted to spamming everything in the room to try and activate the ghost. A room that fell into that category is – the Twins room with that silly mobile, I understand that you had to spin it, but a certain number of times ? I thought was very vague and a bit random. This was the only time I was tempted to resort to Google, but resisted.

Also, similar to what Leon said in the Podcast, I didn’t think it was obvious to use items in the room to active the ghosts, the Billiards player and Nanna where ones that stumped me, as their clues didn’t hint at such a technique like say the Bodybuilder being hit by the punchbag.

The minute to minute gameplay is great I thought, it really hit home with me and my current state of mind when I’d sit down to the play the game. Every time I’d sit down to play it, I’d be filled with as much enthusiasm as the first to find a few keys and tackle a few ghosts.

The torch flash and grab of the Poltagust 3000 was a satisfying mechanic to not feel out welcome by the end of the game and really made the process of capturing a ghost an event and satisfying I thought.

The Bosses were decent, showing up at times where I felt fitted the natural progression of the game to show something different. The Boo’s on the roof were awkward, very awkward and were one of the highest points of frustration for me, it was hard enough to freeze the mini’s Boo’s without the camera zooming in when you are down to your last four.

Something I worked out, that the Podcast picked up on as a frustration point, was getting the bigger, combined Boo to strike the spike on the Unicorn. Well, you can actually capture him in the gust of your P3000 and drag him into it – much easier and quicker !!

Bowser was trickier. It took me at least 4 attempts to understand his pattern and, in the end, managed to beat him with only taking a very small amount of damage. It also helped that I realised you could stun King Boo out of him by hitting him with bombs when he was breathing fire, not only when he was trying to suck you in.

The tunes are great and very beat orientated, the E. Gadd tune that plays in his lab before you enter the Mansion, is class. Also, the little hums and whistles that Luigi’s makes throughout the game creates a very good sense of atmosphere and makes an awful lot of noise without really making any at all. The only slight issue I had with the sound design was that the frantic notes that chime and ding when you’re locked in a battle with a ghost weren’t my favourite, I think these could have been something more attuned to the rest of the audio design but like I said, it’s only a slight snag.

The GameCube pad, again, really shines in this game. Only a few times did I feel let down by the triggers (the Boo fight on the roof) and the few times I felt frustrated by the C stick was down to the aspect and depth of the view point, not the actual control input.

My finished game ended with a single locked door if I remember rightly, it’s the one on the ground floor that links you through to the staircase going up to the 1st floor. Having that door open would mean you wouldn’t have to take the long way around the and through the Garden, just a quality of life think I think and suspect it’s unlockable in the new game plus.

I enjoyed it. The close-knit mansion, the backtracking and the familiarity of the setting really get its claws into you I think, and the mechanics are still fun today to capture ghosts.

A game that holds up well and has aged with time rather fondly I think. 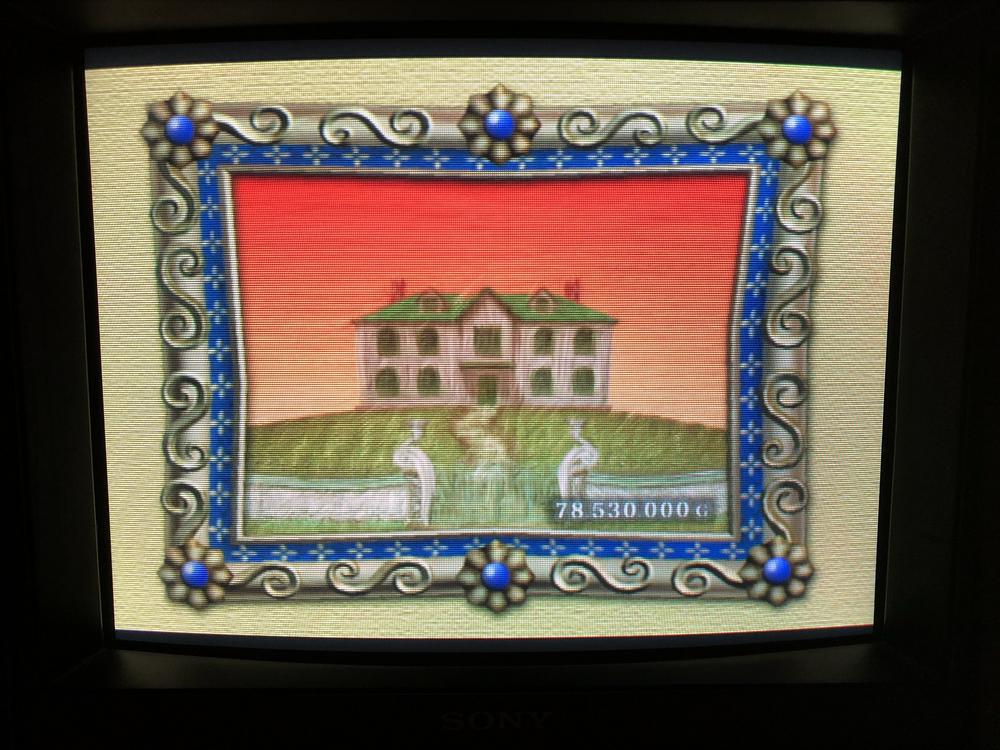 I finished this for the first time yesterday and listened to the episode today. I think Leon summed it up nicely as a “palate cleanser” which was exactly what I needed without knowing it
Top

Hmm I was going to crack on with The Last Of Us Remastered this evening, but if this can be done in a sitting I may have a blast through this instead. Only ever played a bit of it back in the day, and found my copy recently after I could have sworn I'd sold it! I wish I'd hung on to Super Mario Sunshine though, I definitely got rid of that one along with almost my entire GC collection

The 3DS port/version introduces co-op in the story mode and also Gooigi.

That's Luigi made out of goo. Perfect.
Top

I’m on board with Gooigi.

Return to “Volume One”