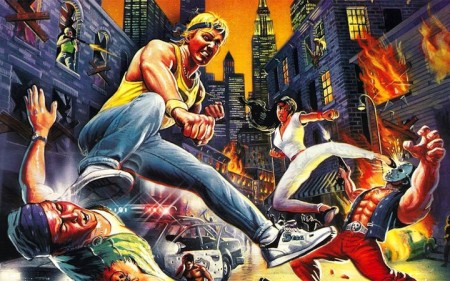 In the 80’s and 90’s you could hardly move through town for badly dressed punks being flying kicked by vigilantes with terrible haircuts. Fortunately these events were documented for posterity by such games as Renegade, Double Dragon, Final Fight and SEGA’s Streets of Rage series. Leon, Darren Forman, Karl and Dan Clark of The AI Bots podcast talk at some length about the Bare Knuckle trilogy, its predecessors and successors, including the sequels that never were. We also feature a truckload of your forum feedback and Three Word Reviews.

Brilliant show, had my nostalgia nerves tingling. Looking forward to playing 3 for the first time after downloading the vintage collection.
Top

Thanks for the feedback Mr Beard.

Listening to the podcast has convinced me to buy the vintage collection. Looking forward to trying the faster non euro versions of the games that I remember.
Top

I definitely need to buy the vintage collection just to play 3 again, because I'm sure I'm the only person who really liked it.
I did play it around launch time and the N64 was my next console so I wasn't looking at any of the 32bit machines coming out, so maybe that had something to do with it.

I was always disappointed that Adam was never brought back into the series, he was my go to character in the first game.
Top

The jukebox feature is brilliant!. Not sure if my neighbours agree!.
Top

Had an extended play of 1 & 2 yesterday and then decided to jump straight into Final Fight to see how it compares. There's a big contrast between the two as getting straight into Final Fight after made me notice how much of a coin guzzler it must have been back in the day which is understandable with it being an arcade game but it feels slight cheaper in comparison as you get hit a lot more and get more enemies on screen so have to rely on your special which drains your energy too.

If anyone fancies a co-op playthrough on SOR 1,2 or 3 this evening then let me know as i'll be free from around 8.
Top

What you playing on, Dom? Does anyone have the Sega Collection on PS3? I wonder if there is online function on that version, never bothered checking.
Top

Alex79uk wrote:What you playing on, Dom? Does anyone have the Sega Collection on PS3? I wonder if there is online function on that version, never bothered checking.

The Sega Vintage Collection for Streets of Rage is only on Xbox 360. If you're on PS3 you're sadly stuck with the far inferior Mega Drive Collection versions.
Top

I think Alex was referring to the Mega Drive Ultimate Collection. I'm not sure if that has online co-op to be honest. The standalone version of SoRII for PSN does, b But it's a poor emulation and the netcode is terrible.

It's night and day. It's such a shame it didn't launch on PS3

One of the "games" that tried to emulate the Streets of Rage style that I don't think was mentioned on the podcast was an unlockable mode in Tekken 3 called Tekken Force.

If you were to complete Tekken 3 with one of the unlockable characters, you would unlock Tekken Force. A similar process unlocked Tekken Ball as well.

A video of a play through of the mode can be found here, it even has chicken as a health boost:

(Sorry I couldn't work out how to use the Youtube function to embed the video in my post.)

Yes, I played some Tekken Force. As with almost all of the various modes Namco tried to add to Tekken it wasn't great, but it wasn't the worst either.

Well remembered though.
We didn't have time to namecheck every brawler ever - there were dozens more, especially at the arcades.
Top

Just out of interest, how do the other Trilogy collections compare?. Been really impressed by this one.
Top

They all have exactly the same standard of presentation and emulation.
Top

So last night for our little Monday night gaming get together my mate brought round a hacked version of Streets of Rage 2.

Not normally my thing (and he knows this !) but he was particularly proud of it and thought I’d at least want to take a look.

It’s a modified version of Streets of Rage 2 but instead of Axle, Blaze, Max and Skate – it has Ryu, Ken, Dhalsim and Guile. 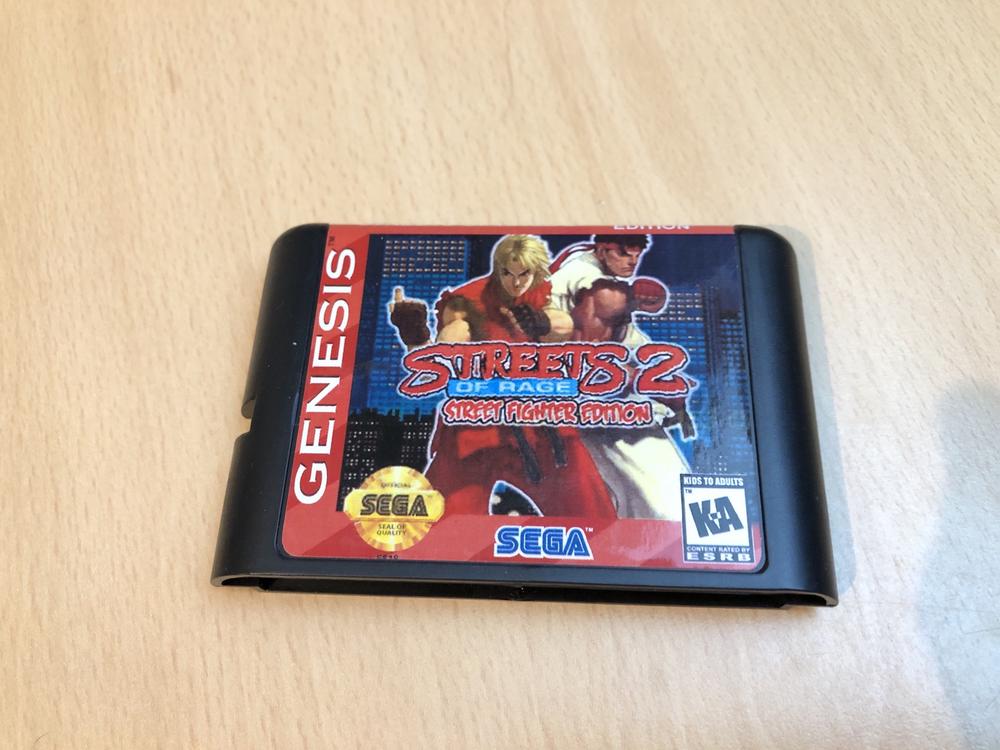 Along with their character sprites, (that have been imported impeccably), there are audio ques and a perfectly balanced move set that mimics the damage of the original game.

For instance, playing as Ken;

Forward, forward, punch has been replaced with a Hurricane Kick

Forward and Special with a Dragon Punch

I did try and get a video but my camera speed on my phone was conflicting with the rates on my PVM.

All the street fighter actions have been lifted straight out of the game and look fantastic !!

The audio of the Street Fighter characters are clear and defined but sounds just a tone or two out of the other original sound effects.

Another slight issue is that the player characters are slightly larger than the regular enemies. I think this is because the pixel ratio is slightly different when comparing a pixel perfect Ken to a Street of Rage Galsia say.

But other than that, it plays really well. It’s not the best way top play Streets of Rage 2 but it’s a cool little love letter to an outstanding game with a unique and fun mod. 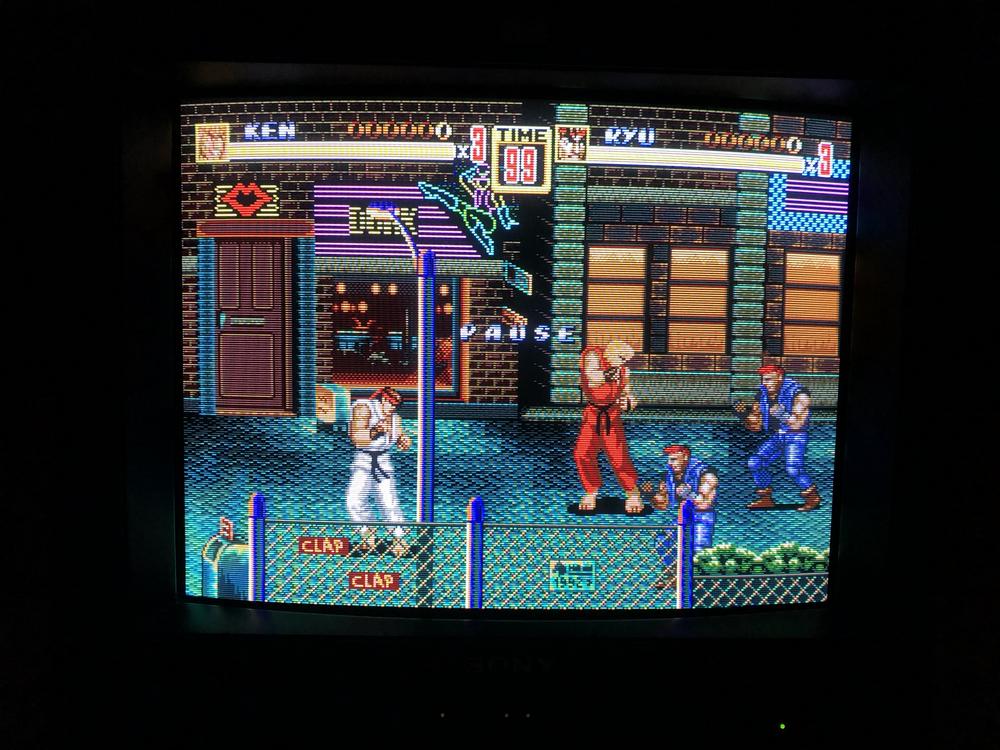 That's awesome! Hoping there is a ROM about somewhere of it...
Top
Post Reply
19 posts • Page 1 of 1