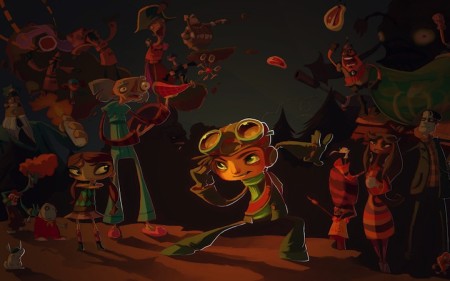 "Now hold still, this will only hurt until your brains come flying out!"

So I've been listening to the podcast and Im quite surprised yuo guys found the vaults being hidden an issue in terms of story and characterization,when your in these people's mind your basically discovering more about them as you walk how everythin look how you have to solve their problems through game mechanics so it makes much sense that to learn more about their backstory you would have to literally explore more of their character by exploring the level!the whole way that these people are represented through their level is very unique and you playing and exploring them is something that could only be done with that impact in a videogame and that's what I find really cool about this game,anyway back to listening to podcast.
Top

Pretty sure I saw this on steam for £1.50 or something daft the other day.
Top

Wow. This was a really fascinating episode. The game being so highly regarded among critics and fans often drowns out the very important discussion of its flaws, and I really liked hearing a bit more from that perspective.

I enjoyed hearing my contribution read as well. I'm a relative newcomer to the podcast, so that was a neat experience

I'm glad to have contributed to the discussion.
Top

With regards to the comments about Milla's level and the apparent lack of anything in it that reflects her troubled mind, I'd point to the following video (which is effectively a guide for the Steam achievement, "I'm Sure She's Over It") as evidence to the contrary.

Perhaps that the fact that these types of scenes and 'Easter eggs' are squirreled away makes the game more interesting, but it also means that far more players won't ever see it. I'm conflicted.
Top
Post Reply
6 posts • Page 1 of 1

Users browsing this forum: No registered users and 9 guests