If you have read my previous contribution to Cane and Rinse, you might think of me as someone who’d welcome any breezy, pleasant piece of interactive entertainment that does not require any sort of mastery and offers the end credits roll to me on a platter.

That is, someone who admits to currently being unable to sit down and dedicate their time to playing any one single game and get good at it. In short: a videogamer who wants to play titles which offer little to no challenge.

This is not the case however. I need my games to be challenging, difficult even. And I know I’m not the only one,as contingents of game players and gaming media folk alike keep asking the question if games have become too easy, videogames on the more demanding side of things, like Dark Souls and Bloodborne, only seem to rise in popularity and you can even spot difficulty as a marketing bullet point in a few game ads, nowadays.

But why? Why would there be any need for a videogame to be challenging? With this article, I’m taking up the challenge to answer that question to the fullest extent.

Now then, if we can all agree (and I know we all don’t – but agree with me for the sake of pushing this piece of writing along, already) that videogames aren’t primarily a medium or an artform and are precisely just that what their nomer indicates, games, then we must conclude that they are fueled by competition.

And whether it’s competition involving other players, such as in the earliest videogames like Space War! And Pong, or against the CPU (or by extension a game’s designers), victory in competition tastes sweeter when a battle was hard fought.

With this in mind, I think we can immediately bypass the notion that only ‘hardcoawr’ gaming blowhards like to be challenged by their games, just so that they can brag about having ‘beaten’ a particularly hard game to others… and thankfully so, as that would paint a dire picture of the gaming populace and our hobby as a whole.

So that’s all there is to it, then – higher difficulty leads to greater satisfaction when winning? I would say that’s a fairly large part of it, but our picture is still far from complete.

It’s true enough that those of us who play videogames for more than their narratives or pretty pictures and sound – and despite my conviction of what videogames are at their core I also can grant that focusing on story and/or aesthetics are perfectly valid reasons for enjoying them (aren’t I great?) – will likely experience a win as hollow, when met with little resistance, this would mean that most of a game’s enjoyment would be concentrated in its little and big moments of victory… and that only rings true for grind heavy abominations, not only including certain unlock-heavy, mechanically light free-to-play mobile games.

It would mean that only the destination counts and not the journey.

A while ago I would have said that the missing component here is simply friction, when it comes to the experience of playing a game, before overcoming its challenges. Without friction, without resistance, without pain, you can’t feel anything while playing (you’re free to conjure up any analogy about sexual intercourse, here).

And just pressing a button to see cool stuff happen is too shallow a sensation and won’t capture the long term interest of any player that takes their games seriously. But nowadays, I think there’s more to it than just friction. 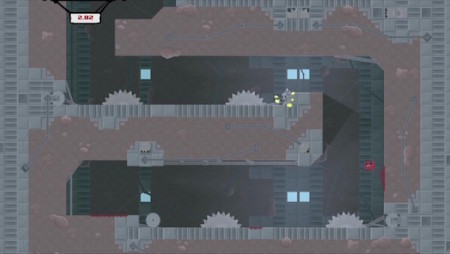 In this blog entry from 2010, Super Meat Boy co-creator Edmund McMillen alludes to how he and his fellow game makers from the independent scene have solved the age old problem of frustrating difficulty by getting rid of live systems and penalties for failure by the player, while making a hard video game. What McMillen, at least at the time of writing this blog, does not seem to realise, is that by cutting out lives and penalty, a whole lot more ends up lost.

This is one of the main reasons why I could never get into Super Meat Boy. Due to the absence of punishment in it, its small levels and infinite instant respawns, player deaths become a (running) gag, rather than something to fear or avoid.

As there are no stakes, players are encouraged to experiment and approach the game in a full-on trial-and-error style. There are no long stretches of time that require extended periods of concentration.

Failure has no consequences other than eating ever so slightly more into your free time and there is no such thing as that feeling of your heart thumping in your chest, knowing that one misstep will have you replay a large section all over again, or worse. What ends up missing here, is the missing component of our picture. What ends up missing is tension. 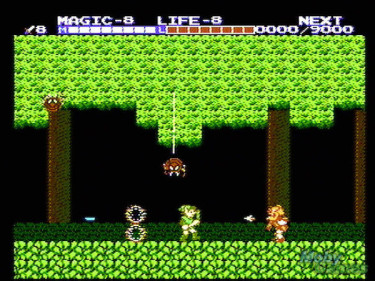 Cane and Rinse podcast issue 204 is all about Zelda II: The Adventure of Link, a game that only partly appealed to me back when it came out and which I’ll probably never even attempt to get far in.

It’s a notoriously difficult game as well and in order to meet the deadline for recording the show, sole survivors Leon, Darren and Ryan had to resort to using save states.

The effect of using save states is not dissimilar to the basic setup of Super Meat Boy and in using them it’s easy to lose any attachment to the game, any real enjoyment and any tension, even though the Cane and Rinse guys were able to put things in perspective and highlight elements and parts they enjoyed.

Tension, but not necessarily the type of tension experienced in horror-themed videogames, is the ultimate consequence of a well balanced, difficult videogame. And increased tension because of increased difficulty, cranks up the intensity of a videogame.

I remember my first real confrontation with a Big Daddy in the original BioShock and the tension I experienced while going toe-to-toe with such a tough and formidable looking foe. I died. And then I got resurrected in a very nearby Vita Chamber. And the Big Daddy’s health bar was in the same condition as when I died.

All out of ammo and plasmid energy, I rushed the giant in the deep sea diving suit with my wrench, got a couple of good hits in and died again, resurrected again and continued my sequence of consequence-free suicide attacks until only I was left standing.

Now what was the use of trying to being resourceful, of using the environment to my advantage if all I needed was a wrench and my ridiculous and undeserved powers of resurrection? With all tension and intensity gone, the otherwise magnificently realised underwater world of Rapture had lost its luster and sense of danger to me and I got bored with BioShock pretty quickly after that. 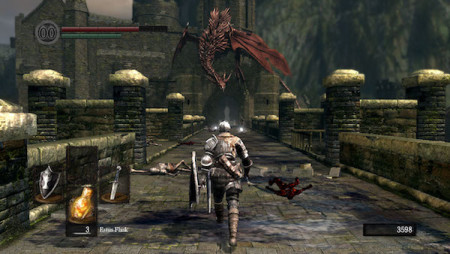 Although some hardcore cred-farming players might have you believe this, it’s not the difficulty, or rather how demanding it is, itself. Dark Souls’ difficulty is for a large part based on the many unknowns and the odds being stacked heavily against you and the penalty for dying is just high enough to where it’s often something you don’t want to see happening.

Combined with its setting of an expansive, darkly beautiful world, it’s precisely this difficulty, this tension that builds the uncommonly strong illusion of being pretty much alone in a hostile world, on a highly dangerous adventure where one wrong turn might spell your doom (even though it really doesn’t, all that much).

It’s the difficulty, fueling the tension, that drives first time players to slow, methodical progress in Dark Souls, encouraging them to soak up the environment and all its detail, lore included.

So there you have it. I think that above all, difficulty, real difficulty, ultimately matters in videogames because it raises the stakes and the tension levels, drawing players in and making them more involved. Following this, this line of reasoning could make a strong case for why finely balanced difficult games are often the greatest and the most memorable ones, or at least filled with the most memorable, intense moments.

This just leaves me with having to deal with a few loose ends here and there, that I intend to tackle in a series of smaller follow up articles.

To start with, I’ll elaborate for a bit on my implication that difficulty without punishment isn’t really difficulty. After that I’ll get into the semantics of the distinction between fake and real difficulty and I’ll conclude with the concept that even difficulty is an entirely subjective thing… I don’t know about you, but I’m excited!
Top
Post Reply
1 post • Page 1 of 1