Here's where you can find and leave feedback on our quarterly series where the focus is on the consoles.
Post Reply
11 posts • Page 1 of 1 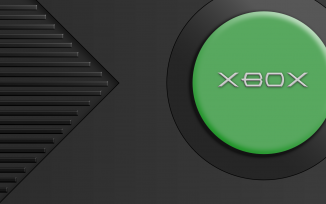 In the fourth of our single format console special podcasts, we look back at Microsoft's big fat toe in the water, the 'OG' Xbox. Leon, Karl, Michiel and Tony consider how the Direct X Box changed the landscape of console gaming forever, coming out of the traps with a built-in hard drive and ethernet port combo. As usual, we also take a look at some of the key titles, the highlights and lowlights of the mean green machine's 1000+ game strong library, and we enjoy some memories from the first half of the 2000s from Cane and Rinse community members too.

This console special was edited by Jay Taylor

Don’t forget, in addition to getting the next one of these specials (The original Xbox), you'll also get our exclusive Patreon monthly podcast and the Cane and Rinse podcast a week earlier if you support our Patreon with just $1 per month!
Top

So much so that I have sourced (from another forum, a bike forum!) a free OG xbox console to re-live some happy times with that big black box.

I'm wondering how it will hold up compared to the PS4 graphics I've become used to.
Gameplay I think should still be epic, and for me, the play rather than the look is most important.

So what to play?
KTOR probably since I'm sure that I can create a different story to what ever I did back in the day.
Ninja Gaiden certainly. I like hard and challenging. Remember the deep fluidity of movement and wall jumping and the bonkers bosses (Though i imagine the repeat battles with same bosses, and all-the-bosses will still be a pain).

Jade Empire perhaps? Riddick?
I didn't play Panzer Dragoon then, and after listening to the Podcast I orta play that

Black was a fantastic FPS.

Psychonauts is a great little 3D platformer from Double Fine.

Vice City and San Andreas were good on Xbox.

Jet Set Radio Future is well regarded, though I'm not a fan of the series.

Any of the Codemasters racing games are worth a look.

And of course Fable. I never played the first one for very long but loved the second so much, its worth checking out I'm sure.

There are loads of good games!
Top

OutRun 2 is my favourite arcade racing game ever, and it's still wonderful. Blue sky gaming at its best.

There was a ton of great titles on that system but if I had to pick one then, as Alex has already mentioned, I'd go with Jet Set Radio Future
Top

There are loads of good games!

Which is why the 'early euthanasia' of the console as pointed out on the podcast was tragic. Such potential.
Still I'm sure the gems will hold up still despite moving 2 generations forward.

Kinda cynical really the way the companies exploit gamers for £$£$£ knowing us fan-people will buy in to most of what they throw at us.
Top

It's a shame but I guess they has to get out a competitor to the PS3 as early as possible. Wish I still had my Xbox. I technically own it, just don't know where it is!
Top

Default wrote: ↑
July 23rd, 2019, 4:16 pm
Ninja Gaiden certainly. I like hard and challenging. Remember the deep fluidity of movement and wall jumping and the bonkers bosses (Though i imagine the repeat battles with same bosses, and all-the-bosses will still be a pain).

Yes. Yes, yes, yes. Play Ninja Gaiden (Black). There is nothing quite like it on the market today.

If you can get past the mental hurdle of using the camera as a part of your moveset, you'll have dozens of hours of pure distilled gaming goodness in front of you.

Did you ever play the Ninja Gaiden on Vita, ksub? I remember enjoying it a fair bit when I played it. I think it was another remake of Black but I'm not 100% certain.
Top

You're talking about Sigma Plus. That's an enhanced port of Sigma on PS3, which itself is a port / remix of Black on the Xbox. I haven't played Sigma Plus, although I have played Sigma.

I went into it in the podcast thread a few years ago, and... I'm not a huge fan of Sigma. It's definitely playable, but it suffers from a lot of dumb changes made by a different director from the original game. It's not a complete dumpster fire or anything, but I wouldn't in good conscience be able to recommend it to anybody who has access to Black.

Black is the purist's choice and one of my favorite games of all times. It even surpasses DMC3 and both Bayos in the character action genre for me. It has one of the most refined, smooth, intricate and overall deeply enjoyable set of core mechanics ever designed. Aggressive enemies that keep you on your toes, ultra fluid animations, insanely polished gameplay loop. Really challenging, but almost never cheap. It's up there with RE4 for me, which is saying a lot.

I will also say that this kind of game probably isn't very well suited to handheld play. Performance, visibility and ergonomics are massively important to action games and from everything I've heard and read, the Vita version is by far the weakest one as a result thereof.
Top

Yes. Yes, yes, yes. Play Ninja Gaiden (Black). There is nothing quite like it on the market today.


That's the plan. Picking up the xbox on Wednesday and Ninja Gaiden it will be.

I remember struggling with that first boss in the Dojo room.

The city with the building with the coloured lights. Such atmosphere.

Users browsing this forum: No registered users and 0 guests