This is where you can deliberate anything relating to videogames - past, present and future.
Post Reply
1777 posts

When this blazing sun is gone,
Top

Then you show your little light,
Top

clippa wrote: ↑
July 17th, 2019, 3:11 pm
I don't want to seem rude and delete my posts and leave it looking like owly's calling out the ether for being a self obsessed, diddums tart. He'll look proper mad.

There you go, I edited my posts and spaced them out for you to retroactively change the page into an impromptu poetry duet if you're so inclined.

Edit: Well, can't even get that right.
Top

I remember the Cane and Rinse videogame forum...

If we would live near to each other I’d swing by and give you a hug.

I also want it to be (remain) a supportive social space clippa, so don’t even worry about it.
Top

You just keep on being you on here if it helps you sort your brain out!

Clips, hope you're doing OK and not having too rough a day. This is a good place and a great crew and it doesn't all need to be about point blanking beetles. All the best with everything.
Top

clippa wrote: ↑
July 17th, 2019, 10:26 pm
Looks like Platine Dispositif has fallen out with their publisher. Might just be a publicity stunt but if you're interested in owning their games on steam, might be worth picking them up now - https://store.steampowered.com/search/? ... Dispositif

Are those first 3 worth playing / not too creepy?
Top

Okay, thanks for the clarification. I'm tempted to grab them just in case they become unavailable later on.

Btw, isn't the first Gundemonium the same game you recommended yesterday on Vita? That one was €15 instead of €4. Why the massive price difference, do you know?
Top

Okay, I bought the triple pack on Steam. Price was very reasonable, it includes two more games than the PS4 version and there is a chance it might get delisted soon. Thanks for the heads-up!
Top

I can see smoke coming out of my air vents.
Top

Tested all three, they all run perfectly well. Except for the inability to use the triggers yet again because reasons.

I assume these chest contractions of yours must be basic withdrawal symptoms. One week on a strict diet of steamed broccoli, olive oil grissini and clean water to help your body get rid of all the garbage toxins and you'll be a new man. Your faithful dog will be overjoyed and look at you with renewed love and admiration.
Top

Yeah, that one has been on my list ever since it's been announced. Looks really cool!
Top

Dropping by to say I just finished Dariusburst on PSP, used a few continues but it was a blast. It kinda feels like how I want the likes of R-Type & Thunder Force to feel - a non-bullet Hell hori which is playable and fun, and not obscenely difficult enough to stop me enjoying the content. Mad fish bosses, exciting scenery / enemy movement stuff, enjoyable weapons. Excellent! Couldn’t make sense of the story due to Japanese text but from what I gather there was a ship that shot stuff and then things were ok.

More of this please!
Top

He's back! And he hasn't been mauled by bears! 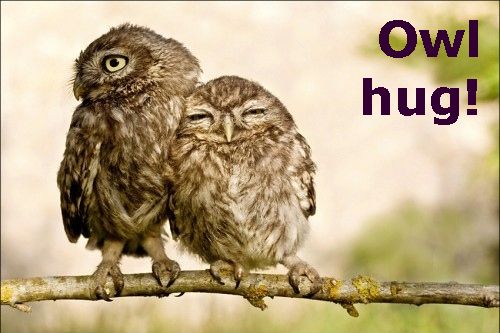 I couldn't quite get on with Dariusburst myself, but glad to know you've enjoyed it. What's next on the menu?
Top

My best 'combo' at the midboss on my 52m type of run is about 9k but I'm now on target for more like 12-15k, but I'll let you know when I get consistent! It's also true that once you start properly playing for score, the game opens up so much and while there are obviously many routes and approaches available, it does seem that when you're scoring heavily, there is a logic to your movements and choices. Equally, there are several moments where you might think the next step is obvious but there are red herrings to avoid, ie. Sometimes, you're better off not clearing up a whole row of bigger enemies. You should take out only the first two before rushing back up to point blank the next big guy just off screen and shred hundreds of gems. It's a very satisfying feeling to 'break' what the game seems to expect of you.

I also need to learn how to best milk the midboss which is simply a case of learning the patterns and movements and practising until it's down because that's another really high scoring section that can't be missed. The second half is relatively straightforward, just milk the bigger enemies when they're off screen and clean up the popcorn which gets in the way. The end of stage boss is also pretty easy, you just need to trigger his suicide attack for another couple of high-scoring attacks to get more point blank gems and bullets you can cancel.

It would be much easier to post a vid, but anyway.
Top

Perhaps my Dariusburst is your Curious Expedition clips! Usually on holiday I’d be playing a narrative heavy game like Phoenix Wright or something but you lot have literally ruined my gaming diversity, so thanks. I chose to play a non-bullet Hell shmup.

Aside from listening to the bloke (or his wife??) in the nearby tent snoring, or getting up at 4am to squat my horrids over my son’s potty due to drinking too much Hobgoblin there hasn’t been room for much else gaming wise. I’m actually amazed I completed something, even though you fucks won’t acknowledge it since I didn’t 1cc it while driving and getting blown off with a thumb up my arse.

Also: I’ve missed you all

Since I’ve still got this tenner in PayPal should I get R-Type EX which is on sale for £8? Aye?
Top
Post Reply
1777 posts