This is where you can deliberate anything relating to videogames - past, present and future.
Post Reply
1732 posts

I'm gutted. I think this is absolutely the right design choice for a multitude of reasons, especially for the massively positive effect it's bound to have on the social aspect of the game. But man, how I wish they would have thought of that a few years ago before I burned myself out on the game due to its rampant toxicity!

I have incredibly fond memories of the game itself and think it's a masterpiece in so many ways but I just can't see myself re-invest any significant amount of time into it at the moment.
Top

Chopper wrote: ↑
July 18th, 2019, 8:13 pm
Woah, that looks pretty awful. Admittedly I would probably know better if I was a handheld gamer, but all I'd heard were the docking station scratching issues. Good idea to wait really.

I’ve had no ‘issues’ worthy of the name with my 2017 Switch. The battery life is definitely not amazing and the kickstand (that I virtually never use) is well flimsy, but in all other respects I am completely happy with my console.

Of course improvements and revisions are welcome, but I don’t think you’ll find too many Switch owners who aren’t delighted with their machine.
Top

I only use mine docked with the pro controller so if mines got any of the common issues, I wouldn't know about it.
I did have to buy a usb to ethernet convertor since the wifi on the thing was terrible!
Top

I don't find it uncomfortable. My only gripe, and it's nothing to do with the Switch, is that when I'm lying in bed playing it, my hands go numb after a while but I think that's just bad circulation as I'm effectively holding them above my heart. I have to put it down and dangle my hands down for a few seconds then it's all back to normal for a bit

I had the option of getting one for my birthday in May or waiting for a new model, and have not one regret of getting it earlier. Had two months of fantastic fun so far. I've also only used it docked once (aside from the odd go the kids have had on it, not trusting them with handheld mode just yet!)
Top

No wifi probs at all with mine.

Like you Alex, I too get numb hands from handheld gaming, especially when lying on my back.
Top

My hands go numb when I'm playing on an arcade stick sometimes, I don't get it playing on mouse and keyboard or a pad, I'm a hypochondriac so i always stand bolt upright and scream "I'm having a strooooke!"
I think it's the way I sit with the side of my elbows against the arms of my chair, cutting off the blood, or just that you're holding your hand still in the same place for too long. Thinking about it, it only happens to my right hand, the one in charge of the buttons, you're mainly holding down the shoot button and rarely shifting from that position. Thinking about it, games like varstray where you're constantly switching to your special weapon and shit, I've never had it, so that's what it must be for me.
I'm a bit of a dollop as well like, so that's not gonna help.

Hmm, so the wifi is fine, is it? Mine is pants, even outside the dock, I had to take it downstairs and introduce it to the router personally just to download a small update for a game because it was going to take 3 weeks otherwise. I had it all over upstairs and downstairs, only the room with the router was any good. My wifi is decent for everything else.
Top

Genuinely no Switch wifi problems for me but obviously it’s very hard to compare and contrast conditions. I have pretty fast internet and the dock sits a few feet from the hub, albeit behind a wall and around a corner.
Top

I have no idea if my switch has any of these issues. It hardly ever leaves the dock, I use the pro controller for everything, and it’s sat about 12 inches away from my wireless router.

If they made a version which was just a small block like the Apple TV that only worked via hdmi, I’d probably get it and sell the weird looking thing that is a docked switch.
Top

Yeah, I think it’s going to be a much better play experience with this change. People will still complain about you picking ‘the wrong hero’, but at least the teams will always be somewhat balanced compared to ‘oh, everyone picked dps so I suppose I have to pick support or we’ll just straight up lose’ that you get now in the mid to low ranks of ranked play.

Being rated separately for the three roles is going to lead to some interesting things as well. I fully expect my ranking for tank to be higher than my current rank is in the overall system, and that my rank for dps will be somewhat lower. But I may actually discover I’m not as good a tank player as I think I am...

They’re at pains to say this has been in the works for over a year, and that it’s not a direct reaction to the fairly stale 3 tank 3 support meta that has made a lot of the league a dull watch this season, but there’s no doubt it’s going to make the league quite different for the final stage of this season...
Top

Ive had no scratches from the dock, no dodgy WiFi, battery is fine for my needs (train from Manchester to Bristol or London is absolutely no issue), no warping or cracking.

I got two sets of Joycons at launch and they both had connectivity issues when separated from the system, whereby the controller was apparently blocked by my own leg or the coffee table or a ghost. That's really poor, but I never use them separately anyway, and I use the Switch 90% docked, if not more.

I find it pretty uncomfortable handheld but I still managed to put in 300hrs of Isaac when that first came out, mostly portable, so it couldn't have been that bad. That said, the Satisfye grip completely solves that issue. Completely. One of the best things I've bought in the last couple of years.

I also got the LAN adapter and that made a noticeable difference to my connection quality and download speeds, so I'd recommend that, as well. Obviously, you do still get crap connections in Smash or whatever but at least now I know it's not at my end.

I'd get a genuine upgrade XL model with a larger screen but I'm not interested in a battery efficiency revision. I'm not really interested in a 4K Switch either, not least because it is obviously never, ever, ever happening.
Top

I don't really do handheld gaming any more, but third party grips were always an essential for me, they were always cheap enough so you could experiment and find the perfect one.

Might not have been the exact one, but this design for the gameboy sp was perfect, for example. 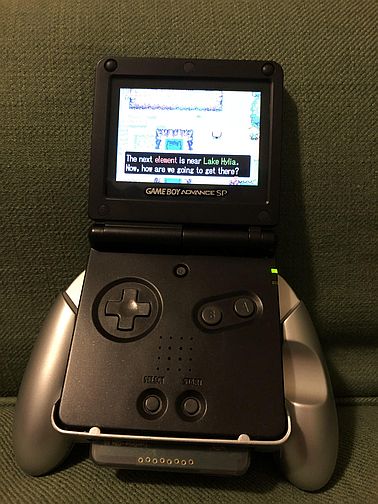 Not sure how much interest there is for this, but the XIII remake is delayed to next year:

This headline made me chuckle. 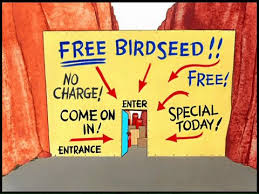 It's like Wile E Coyotes figured out there's more meat on a reactionary neckbeard.
Top

Cherry looks fun and is the daughter of Adam which is real cool but the stand out for me was the music by Motohiro Kawashima and the quick sighting of a battered Shiva.

Gotta be honest, although I’m not totally convinced by the aesthetic just yet - this is shaping up nicely.
Top

With Streets of Rage 4 and River City Girls it looks like being a fun time for fans of the belt scroller.
Top

Yeah man, I’m getting pretty excited to be honest.
Top

Suits wrote: ↑
August 19th, 2019, 8:26 pm
Gotta be honest, although I’m not totally convinced by the aesthetic just yet - this is shaping up nicely.

Yeah, I just don't like it. It's too clean, too crisp, almost Flash like. Reminds me a bit of that Alien Hominid game, or Castle Crashers. I really wish they'd stayed sprite based.
Top

Suits wrote: ↑
August 19th, 2019, 8:26 pm
Gotta be honest, although I’m not totally convinced by the aesthetic just yet - this is shaping up nicely.

Yeah, I just don't like it. It's too clean, too crisp, almost Flash like. Reminds me a bit of that Alien Hominid game, or Castle Crashers. I really wish they'd stayed sprite based.

I’m just not sure that’s how I want my SoR4 to look.
Top

Well yeah that's more what I meant. I do like that style in general, kind of 2D cell shaded almost, but not for SoR.
Top

So the seven minute Gamescom SoR4 video went up yesterday and it just keeps better in my eyes.

The music again was incredible, not sure who did the stage 6 track but it’s great.

EDM with a modern vibe but classic beat and rhythm - I’ve not heard a non-compelling track off it yet. The Cherry Hunter intro track is incredible.

I’m warming to the art style but still dislike the movement - it’s too cartoony for my nostalgic preference, which is especially evident in Cheery’s walking animation.

What I noticed in the video was that the level actually circles around a scene, which seems to be centralised around three dudes playing cards in the background on an upturned crate - very cool.

I wonder if there will be costumes and other cool things to unlock for the characters, or even unlockable characters.

Finally, I’m so into Axles and Blazes’ new looks. It just feels cool to have seen them age and bloat into the characters in 4.

Users browsing this forum: No registered users and 5 guests