This is where you can deliberate anything relating to videogames - past, present and future.
Post Reply
1720 posts

Played almost 2 hours of Choplifter on the SEGA Master System, last night. I've played the MSX version back in the days, but this is a cracking and spiffy version! For such an early Master System release, it's still one of the most impressive looking ones.

Lot of depth to this game, once you realise that maximising your load of P.O.W.s before dropping them off and hitting the mutliplier... yet getting shot down with 16 hapless fools on board is a downright disaster. Tension can really ramp up in this game.

I eventually made it to the 3rd and final stage (you need to rescue 40 P.O.W.s per stage, so getting one done can take a while) and put down a pretty optimal score for reaching that part of the game.

I'm putting it down here, just in case anyone's feeling competitive and wants to take a crack at it, on emulation or by perhaps digging up their own cart if available. 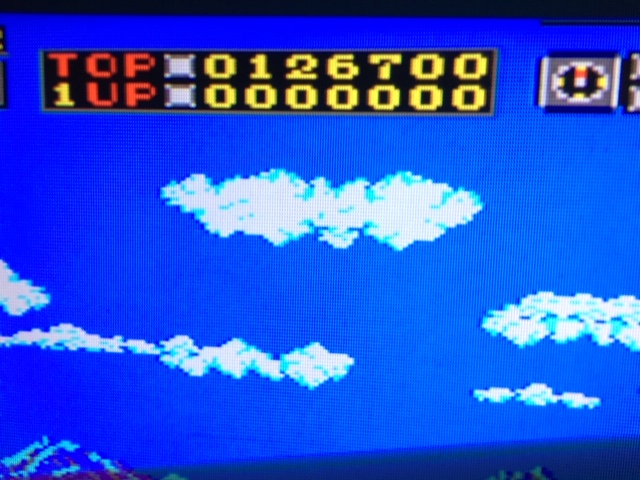 clippa wrote: ↑
December 13th, 2019, 7:43 am
You don't like hori's, do you, owly? Have you ever tried turning your monitor sideways and rebinding the movement controls?

If by "monitor" you mean my immovable dolmen of a television, then no. And if you mean my laptop, then I would have to balance the entire thing sideways and I don't wanna risk corrupting the HDD. So no. Duh.

clippa wrote: ↑
December 13th, 2019, 7:43 am
Everything's getting on top of me. Do you have monster munch in germany? What's your favourite sweets? Do you have christmas? Do you have question of sport?

Monster Munch - I think so.

Question of Sport - Given that it's apparently "a British television sports quiz show", then I sincerely doubt it. Then again, I wouldn't know because I haven't watched any TV in over ten years by now. Barely anything worth anybody's attention these days. Unplugged and never looked back.

I swear I've had this bundle countless times in my cart and I keep taking it out of it every single time. I dunno, something about it looks janky as hell. And the price also isn't that attractive considering the likes of Crimzon Clover going for less than €2 in the meantime.
Top

...Do I need Judgement Silversword?
Top

Tried the demo. Didn't do anything for me, I'm afraid.

Sorry clipps, I know you love the game but I think I'll focus on the dozens of shmups I already have before buying any new one for now. Especially at that price and if I'm not really feeling it.

Aw thanks man, that's very generous of you.

But I think you'd be better off keeping it for now. I didn't really click with the game and I find the 360 controller rather ill-suited for shmups, hence why I prefer playing them with the DS4 these days.

I'm afraid it would just end up gathering dust at my place, really.

Hey man, I'll gladly give that game some love.

Was always planning to get the Wonder Pack with Ginga Force, but that's insanely expensive now.
Top

Do try out that Choplifter on SMS. You might get something out of that. Maybe not really Sqoon levels of something, but definitely something.
Top

I still have a soft spot for Choplifter on SMS, probably the first game I played on that platform. Bought a cheap copy recently to play on my Analogue MegaSg and it’s still pretty fun.
Top

YES. Really got into it last week
Top

The arcade version is my fave. Was almost enough to make me want a Master System to play a decent port on.
Top

It's an impressive Master System game. Some wicked line scrolling going on, especially in the 1st stage. Plays like a dream, too.

No, I pre-ordered the japanese physical copy which will take a few weeks to arrive, in all likelihood. I don't have any ETA yet.

It's okay, though. No stress. Plenty of cool stuff to play in the meantime and I'm not a huge fan of this rampant obsession with instant gratification anyway.

I played through most of it a few years ago. Admittedly I didn't know much about shmups in those days, but I thought it was a bit lame, to be perfectly honest with you. I revisited it again a few months ago with a bit more genre experience under my belt and nothing I saw then convinced me to spend any more time with it when I could be playing literally any one of my dozens of other shmups.

Nope, I imagine ESP Ra. De. will be the next one for me.

I only ever get burned out if I play these games constantly. Works better for me in short periods of intense dedication punctuated by long breaks, like most other hyper-demanding genres.

Currently I'm on Infinifactory and Death Stranding, so about as far removed as you can be from all things shmups!

Clippa - I have Jamestown on PS4 and have started it, seems good but I have some concerns about the structure, weirdly I’ve been tempted by the switch version too simply for the convenience factor.

Been away and am likely to be sporadically around for a bit due to successfully making another human with my good lady. My house is a mad house right now. But it’s a lovely place to be. I recommend it.
Top

Nah, I don't think so. I'm not quite sure why he left either, but let's not rush to the most inflammatory theories just yet.

To the others: less talk and more playing of Choplifter, please!

Clips - emulation banter, redacted not because I don't want to debate it, and I know ksub can handle me disagreeing with him, but I don't know if this is the best place for it really. People are being pulled into line a lot lately, I don't want to fuel any fires or give any wrong impressions. Life is tiring enough as it is. I love you guys, you guys love me, I wouldn't want to give bystanders the impression that isn't the case. Perhaps we can look at it another time

Jamestown - OK I'm going back in with this one as soon as I can! You have me excited again.

Parenthood - when do I get the 1% of time to cry in the toilet please? Is there a schedule I can look at? It's something to aim for at least