Flicking between a Lite & Switch

This is the place where you can confab about all the other stuff besides videogames.
Post Reply
2 posts • Page 1 of 1

Flicking between a Lite & Switch

So, I’ve been using the Switch Lite in conjunction with my original Switch now for over two months. Since launch day anyway.

I’ve previously gushed as to why I think the Switch Lite is a decent piece of kit. It has a great d-Pad (IMO), great face and shoulder buttons, feels great in the hand (sturdy and light) and the smaller screen is crisp and bright.

I’ve also had decent success using it on my commute and travelling. The biggest factor of this is its smaller size and weight. It feels much easier and less aggravating pulling it out of a bag or sitting on a stuffed train between two people pulling into Liverpool Street.

It's also not too much bother making sure that your game save data is the current one. Sure you have to get into the habit of making sure you have the most recent save each time you want to play a game, but even when I was playing Goose Game, Luigi’s Mansion 3 and Super Mario Maker 2 all at the same time it’s clear enough to check which data you have on what console(its date and time stamped).

Only once was I caught out using the wrong data, realised, backed out and pulled down the correct data from the cloud. 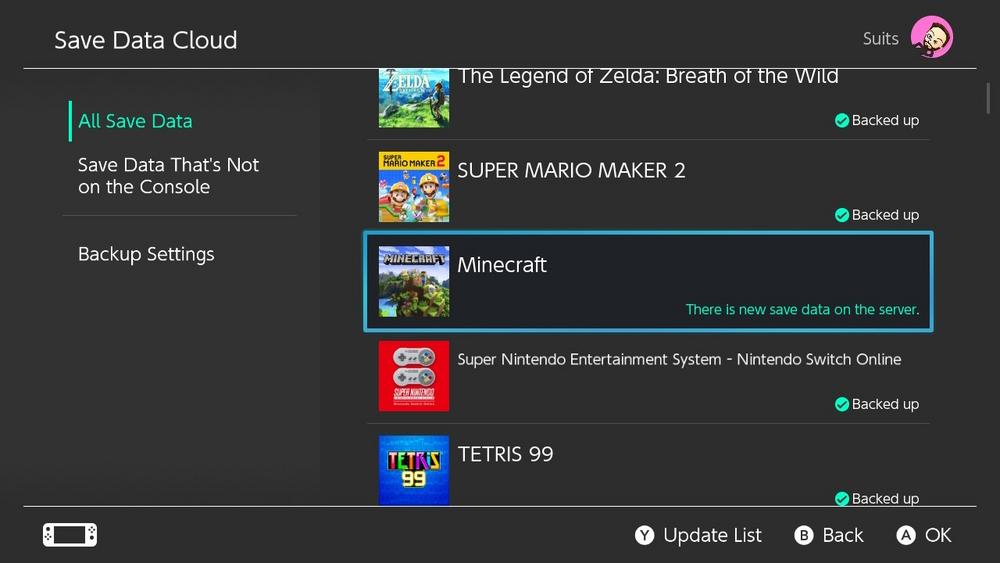 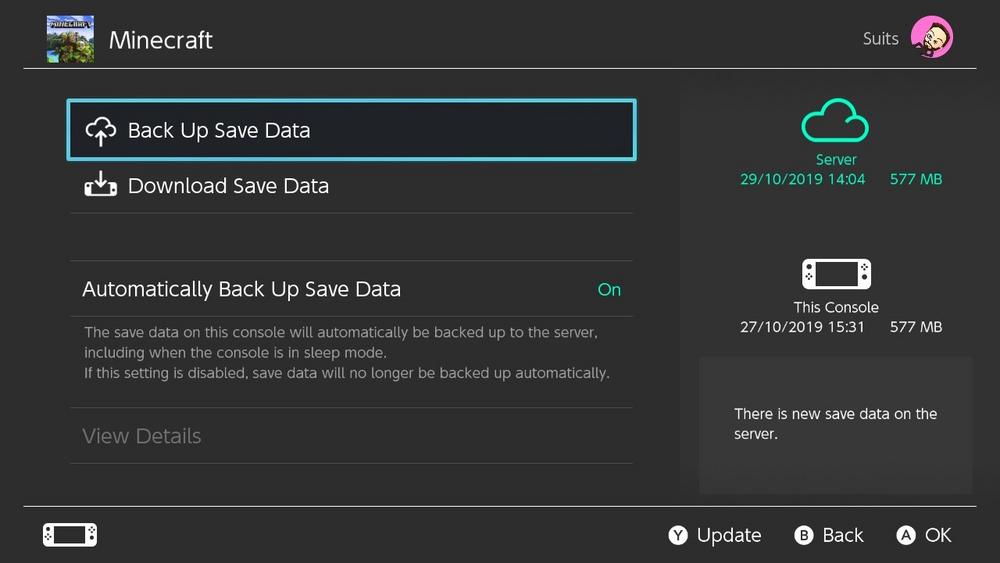 The only danger in losing data is pulling down a cloud save that is older than the data on the console and overwriting it – which it warms you about, if you happen to misread the date and stamps on the data. Which is no harder than deleting a save file say.

With all this in mind, in begins to form a perfect support tendril for the Switch Eco system. Similar to maybe an iPad to an iPhone eco system, albeit in a different guise and use factor. 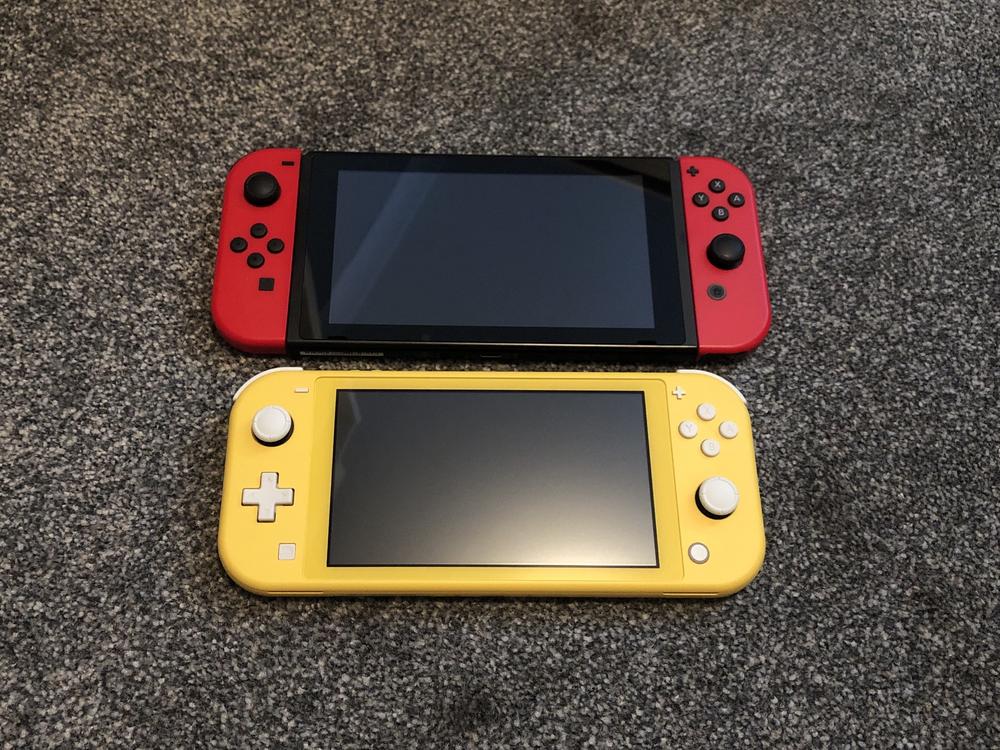 Unless, you actually prefer the handheld gaming experience on the original Switch.

On a few occasions, for shear convenience that suited the situation, when gaming on the main TV or in the office, I would grab the Switch from the dock and carry on gaming on that – as opposed to switching over to the Lite.

It was on these few occasions, that I would take stock of how great the original Switch was in fact for handheld gaming.

Even despite my own personal preference to the better feeling face buttons and single unit form factor of the Lite (as opposed to detachable Joy Cons) I found the experience better than the Lite.

A major factor to this is the increased size.

After the initial satisfaction of the reduce size and compactness of the Lite, the reality starts to come into focus that a lot of the games actually look better and are more accessible on a larger screen, as slight as the increase is.

The added weight, the Joy Cons, the three-piece build of the original, seem to fall into background issues when you finally get into the game.

Despite the smaller form factor of the Lite screen and the inherent benefits like sharpness and resolution masking, I personally find that the gamma of the Lite screen is a little too high compared to the Switch. This gives some games, primarily dark games like Luigi’s Mansion 3 look a little blown out, which can spoil dark areas.

**It's awkward to capture on camera but you can certainly see a difference, its more evident in person. 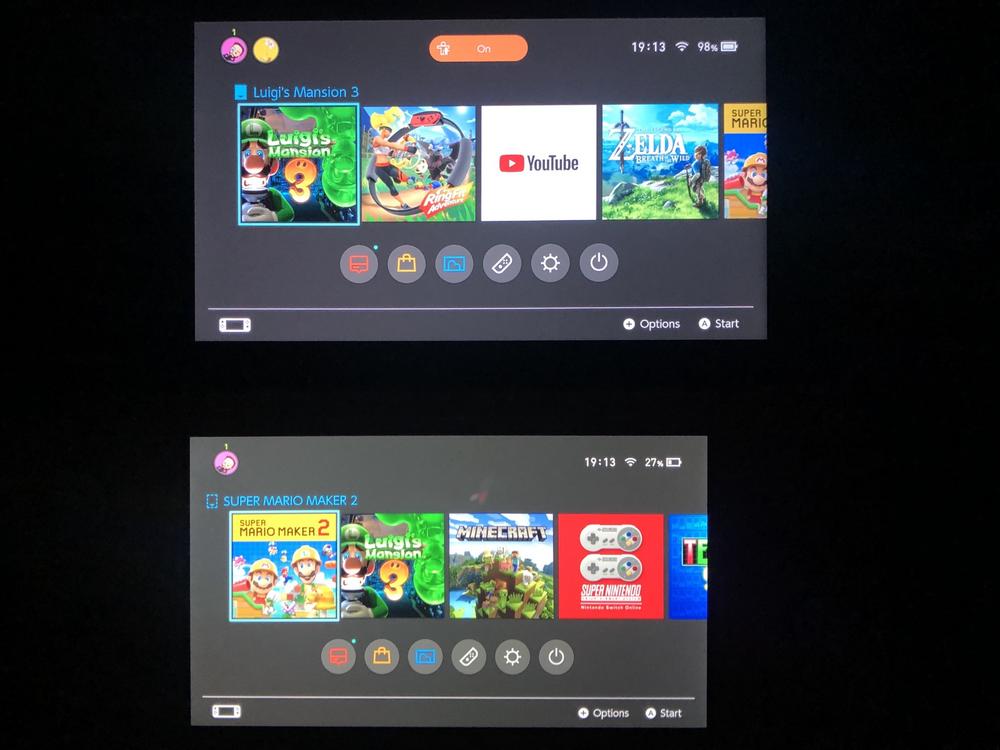 A complaint that a lot of people often go back to is text size while in handheld mode. Games like (very) Doom, Astral Chain and Fire Emblem can prove a little uncomfortable when spending periods of time reading text on screen. Often pushing developers to spend time creating a docked and un-docked display setting for games that have text walls. This issue is heightened on the Lite, resulting in me bringing the console closer to my face.

A side effect of the Lite and it not being dock-able, is that when it’s not in use, it’s not charging. 90% of the time when my Switch isn’t in use its in its dock, charging. This means that I’m not used to having to dig out the power supply for the Lite, plug it in and charge it. Plus, because of the sleep factor of the console, its' never actually off, it just sort of suspends, so if you don't use it for a few days, if you go back to it, it may well be dead. Even just now when I went to get the Lite to get some comparison pics of the screen the console so dead, 0%.

Hardly a deal breaker but a factor I have discovered non the less.

All these things considered; I start to wonder which of the systems I prefer for handheld play.

While I love the form factor of the Lite, its texture, its colour, its weight. I think I prefer the way that the Switch displays its games and is useable.

The increased size of the screen helps with my aging eyes and the lower value of the gamma that the Switch LCD gives over the Lite makes colours appear more vivid.

I’m hardly about to box up my Lite and order it to train with the Reserves, it’s a wonderful piece of kit and priced very well for what it delivers in terms of games and options, I’m just starting to consider that its something I'll only use a few times a year when I travel.


.......or for my wife to commandeer when Animal Crossing arrives in March.
Top

Re: Flicking between a Lite & Switch.

Great post, a good breakdown for those of us who are Lite-curious.
Top
Post Reply
2 posts • Page 1 of 1