This is where you can deliberate anything relating to videogames - past, present and future.
Post Reply
3 posts • Page 1 of 1 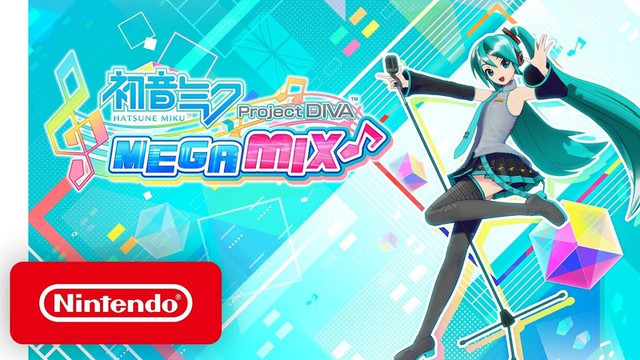 I took a gamble on this hot off the back of the superb Groove Coaster Wai Wai Party!!!! and I'm really enjoying it so far. I've never played a Hatsune Miku game before and always assumed the music would do my head in but Groove Coaster has definitely been a gateway drug, not only to the rhythm game genre in earnest, but also to the Vocaloid stylings which make up the majority of both soundtracks. There's something perfectly arcadey and frivolous about the over-the-top autotuned plastic sheen and bouncy synths and the fact that almost every song is hook after enormous hook.

Where Groove Coaster does a lot with its more minimalist and abstract background images, with the focus being on the syncopated patterns and the diverse input combinations of swirling analogue sticks and Taiko Drum Master fills, Hatsune Miku is more like Parappa where it's predominantly a case of pressing the four face buttons to match the vocal syllables as the performer stars in a music video. That's a simplification but I find Groove Coaster a bit more to my immediate preference because it seems to concentrate on the rhythms and instrumentation whereas Project DIVA is about the songs. That's a simplification, too, but a fair one.

While Groove Coaster does have a considerable degree of customisation with different avatars and sound and visual effects, as well as a cast of 'navigators' who talk you through the menus and so on, this game is much more focused on its eponymous star and her colleagues (I assume). The visuals generally take the form of a music video/dance routine and while it's hard to watch what's going on as well as following the imminent inputs, there's a sense of spectacle which adds to the charm. I do find it the whole virtual pop idol thing a bit alien but it seems pretty harmless. There's a lot of customisation as well if you're so inclined but I haven't really looked into that much.

It's apparently a retrospective on the whole Hatsune Miku series, as the name suggests, and there are over 100 songs in the base game with a shit load coming as DLC, as ever. There does seem to be a lot of music here, though, and a lot of challenge. Normal is certainly tough enough for me at the moment. One of the most fun things is that the last third/quarter of any song breaks into a high-scoring high-risk hyper mode with more varied and complex inputs and it always makes for a fun and exciting finish.

It's currently only on the Japanese eShop but a Western release is due at some point in 2020. While the menus are in Japanese for the most part, it's incredibly easy to understand because the UI is very clear and obvious and there's some English sprinkled throughout. I don't know exactly what's happened to me but this is another belting Japanese rhythm game with made-up pop singers that I would really recommend.

Here's a vid I captured of my favourite song. It's only on Easy because I find it this quite a bit harder than Groove Coaster, but it should give a decent idea of what it's about:

Any thoughts on the Switch-exclusive motion mode with the separated Joy-Cons? I probably wouldn't have an invested interest since I played the earlier games on Vita, but from a new perspective it might offer a bit more.
Top

NoMoreSpearows wrote: ↑
March 23rd, 2020, 9:54 pm
Any thoughts on the Switch-exclusive motion mode with the separated Joy-Cons? I probably wouldn't have an invested interest since I played the earlier games on Vita, but from a new perspective it might offer a bit more.

I've honestly not tried it because I only use the Hori Split Pad Pro in handheld and Pro Controller when docked, but I'll get the Joycons out of the drawer tomorrow and report back. It looks different, in any case.
Top
Post Reply
3 posts • Page 1 of 1