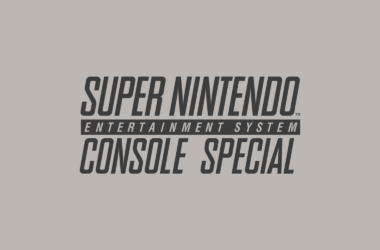 “Now you’re playing with power; SUPER POWER!” Everything about our latest single format special podcast is just super. Leon, Brian, Michiel and returning guest Ben Cartlidge – along with a […]

Having sunk something like thirty to forty happy, if sometimes sweary, hours into Mario Kart 8 this past week and a half or so (including a highly successful Cane and […]

Music Monday: The Legend of Zelda: A Link Between Worlds

Put together with Nintendo by Monolith Soft, The Legend of Zelda: A Link Between Worlds feels like a fan remake in the best possible way; a slick, pacy and contemporary […]

Here’s our Darren Gargette re-entering the wonderfully mysterious world of Super Metroid. Here DG is playing Nintendo’s 1994 SNES classic via emulation on PC. If you like these Quick Rinse […]

Darren Gargette karties like its 1992 in the original SNES (Super Famicom) Super Mario Kart from 1992, emulated here on PC. If you like these Quick Rinse videos you can […]

“I thought you were supposed to be a big star!” Dezzy Kong relives one of his finest adventures, Donkey Kong Country 2: Diddy’s Kong Quest. Here Darren Gargette is playing […]

Me and Super Metroid

Josh on Nintendo’s classic SNES action-adventure game, Super Metroid This isn’t going to be a review, at least not really. Super Metroid has already etched its mark on video game history. It’s […]