Leave us feedback and offer us your own submissions.
Post Reply
3 posts • Page 1 of 1 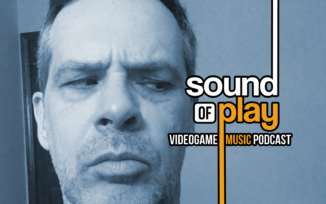 Hosts Ryan Hamann and Darren Gargette are joined by the legendary composer Grant Kirkhope, as he talks about his work with Rare and beyond! From the plucky Banjo to a sound that is Beyond Earth, Kirkhope brings a wide array of tracks to share with Sound of Play listeners as he tells stories about working in a converted chicken coop at Rare to being contacted by Nintendo for Super Smash Bros. Ultimate.

Music used in this podcast:

3. Skeletons by Grant Kirkhope – Grabbed by the Ghoulies, 2003

Sound of Play 207 was edited by Ryan Hamann

As soon as I seen this on the homepage, listened to it ASAP. This was a wonderful episode; Grant Kirkhope, what a get! The enthusiasm from Ryan and Darren was oozing through the speakers and Grant was chock a block with great stories from his past. Made me more appreciative of the sheer range of Grant's work (the Viva Pinata soundtrack is just sublime and his Beyond Earth work is really powerful stuff) and how ahead of the curve 360 era Rare was on a lot of things and how the company is continuously underestimated in comparison to their Nintendo days. This was really one of the strongest SoP episodes yet.
Top

I'm glad you enjoyed the interview! Darren and I were both really nervous going into it, but Grant turned out to be one of the most personable people I've ever met. Just instantly cuts through the tension and gets everyone laughing.
Top
Post Reply
3 posts • Page 1 of 1