When I first played Dear Esther, I didn’t know it was groundbreaking.

The experience – a prose-filled hike around an island – was slower and more contemplative than any of my other games. But I just figured that this “walking simulator” was a subset of gaming I hadn’t ever looked into, and the title benefitted from the same kind of refinement and iteration that had been improving shooters and RPGs for decades. 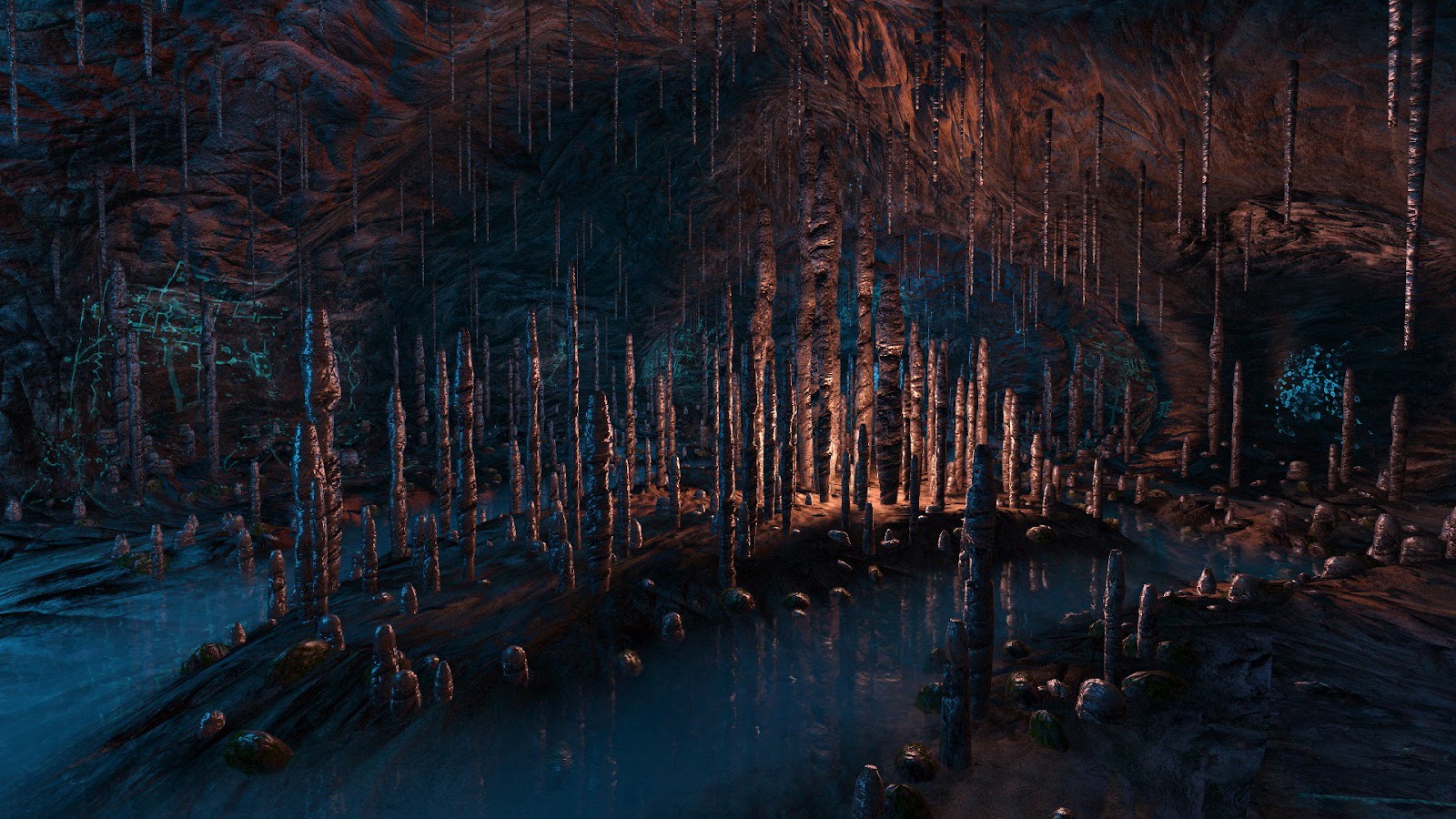 I later learned that Dear Esther wasn’t just a first for myself, it represented several steps forward for gaming as a whole. It was the first fully formed game in what would become known as the “walking simulator” genre, it was the first title from the The Chinese Room studio (who would later go on to develop Everybody’s Gone to the Rapture and Amnesia: A Machine for Pigs), and it was the first time Jessica Curry wrote music for a game.

The fact that Dear Esther was a success, both critically and commercially, makes it a landmark in the modern history of games. It indicated that (some) gamers were seeking experiences more than just ‘fun’, and would indeed forego many conventions of their hobby if presented with something emotionally resonant. All of Dear Esther’s design decisions are, therefore, in pursuit of evoking an emotional response from the player. Its themes are melancholy and profound, and its locale is striking.

However, in the pursuit of emotionality, no single aspect of the game is more effective than the score. Jessica Curry’s compositions work as a tonal compass, a pace-setting tool, and even the voice of the game’s more enigmatic characters. Her score binds the many aspects of Dear Esther’s together. Her work’s influence extends far beyond this single title though. Without the soundtrack, it’s unlikely Dear Esther would exist as it does today, as a proof-of-concept for a completely new genre.

The landscape of modern gaming may look very different if not for the contributions of Jessica Curry.

Dear Esther’s story is difficult to write about, largely because one of the goals of the title was to have each player experience a slightly different chain of events. In the game’s new commentary track, even the creators all have slightly different interpretations of the story and meaning. As such, Curry’s score isn’t designed around specific plot occurrences; instead, she’s writing for tone. The narrative is obtuse, intentionally including plot holes and contradictions. The soundtrack of the game has to therefore work as a grounding force for the player, letting them feel the emotional beats of the story even while not understanding every detail.

The game starts slowly and without explanation. Placing the player on the shores of an island, it offers no assistance other than a man’s voice:

Dear Esther. I sometimes feel as if I’ve given birth to this island. Somewhere, between the longitude and latitude a split opened up and it beached remotely here. No matter how hard I correlate, it remains a singularity, an alpha point in my life that refuses all hypothesis…

While there’s little to contextualize the narrator’s prose, his words immediately throw the landscape into doubt. From the first steps forward, the island doesn’t ask to be taken literally. Instead of trying to figure out the specific chronology of the events- a car crash, a death, disease, alcoholism, and depression- I was able to let the words wash over me, understanding their tone without pulling apart their explicit details.

Carrying me in this mental state was Curry’s score, which leans heavily on repeated musical motifs with varied instrumentation. Sometimes, a track is played using the ‘traditional Scottish’ method – that is, unaccompanied strings with no vibrato – producing a frigid, lonely feeling.

Later, the same theme may reappear full-bodied, warm violin alongside ghostly vocals and Curry’s piano accompaniment. The simple track that opens the game gradually warps, with electronic distortion and the always-somber violins holding familiar notes for an agonizing long time. Her music drove my emotional trip through the game; songs grow more disturbing as the narrator’s mind and body began to deteriorate, only to re-find its clarity and beauty in the potentially redemptive ending. Even without Dan Pinchbeck’s written word, Dear Esther’s score makes it an enormously moving journey. Offering more than just raw emotionality, Curry’s music fits seamlessly into the world of Dear Esther. Although I’ve played the game more times than I can remember, it’s hard for me to pinpoint any specific musical cues. Instead, the songs are worked into the world itself and become as important of a voice as any of the spoken dialogue. Curry says that while writing this game, she “Suddenly realized… the most important character is the island itself… The music populates the island.”

Although Dear Esther may have only one speaking character, many of the scenes in the game read as a conversation; Pinchbeck’s writing is the voice of a man, and Curry’s music is what lets the island talk back.

Simply telling a story is difficult enough, but Curry also undertook the massive challenge of acclimating players to the pace of a walking simulator. Dear Esther is remarkably bold for the first in its genre, offering no accommodations to twitchy players used to the breakneck pace of mainstream gaming.

In a world where the longest many gamers had gone without ‘gameplay’ was the opening section of Half-Life, the prospect of walking forward for two hours with no running, jumping or shooting may have been hard to swallow. And yet, despite the bevy of criticism towards the idea of such a minimal game, Dear Esther never actually feels slow.

Curry overcomes this apparent contradiction by using music to subconsciously influence the player’s expectations. On the commentary, she mentions “entrainment” – literally controlling one’s heartbeat with the pace of her music.

It’s this pace-setting that makes Dear Esther feel organic, not plodding. The tracks breathe in and out, written not to the beat of a metronome but seemingly in time with the player’s thoughts. Curry says that one of the most important things her score could do is leave space for the player’s imagination. The game has some moments totally absent of music, but each individual track is also absolute deliberate in its pace. Her score doesn’t draw attention to itself. Instead, it shifts the body’s rhythms- entrainment- into a state most conducive to taking in the game as a complete experience.

When the pace of the player’s footsteps, the wind on the island, the rustling of the grasses and Curry’s unforgettable score combine, a speedier Dear Esther is just unimaginable. The player simply moves at the pace of the world, and that pace has been expertly set by the soundtrack of the game. 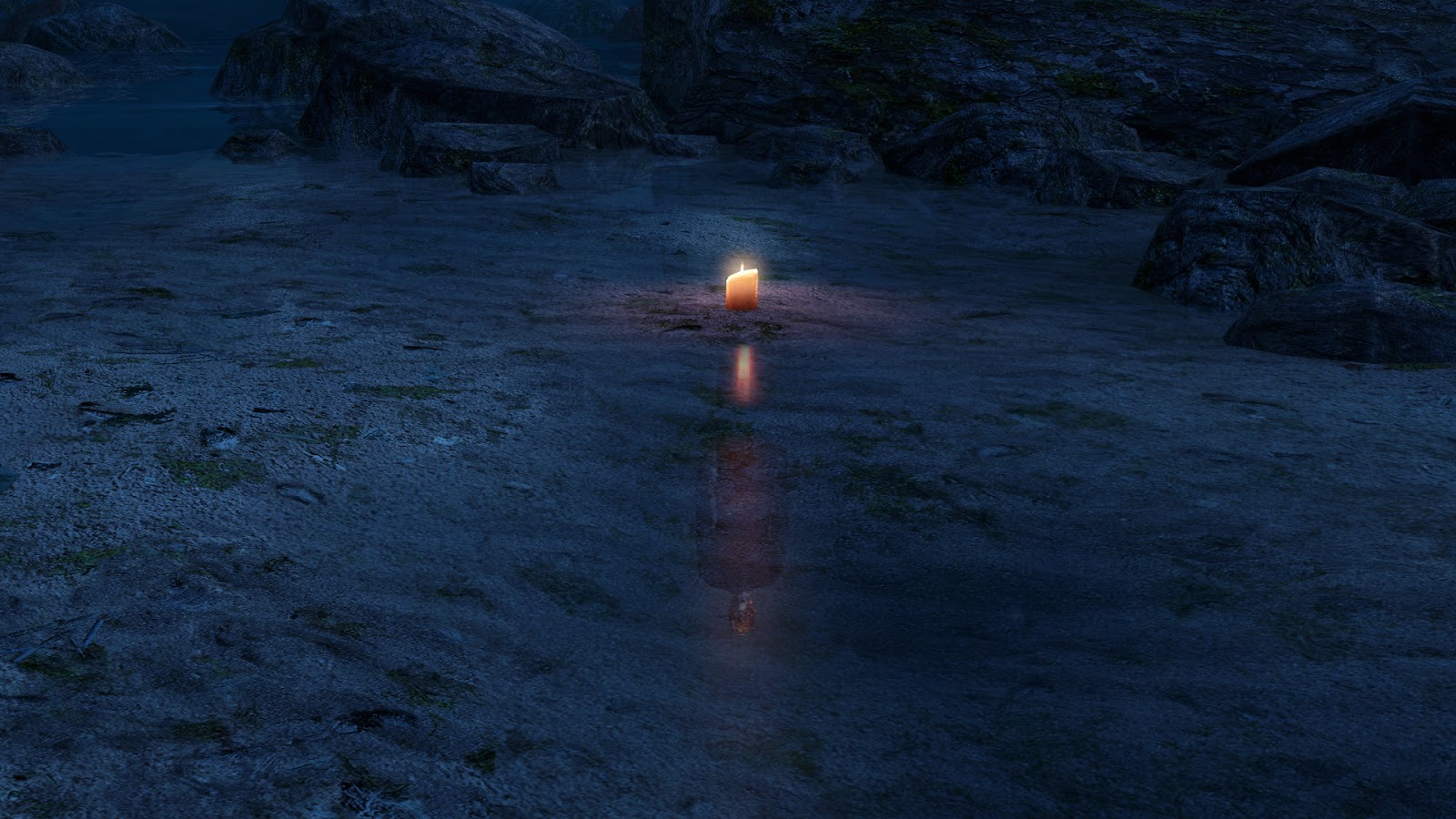 Saying that Dear Esther sent shockwaves through the medium is probably too violent a metaphor for such a contemplative genre, but the walking simulator is one of the most important developments for games in the past decade.

Games like Gone Home and Firewatch have achieved widespread success and recognition beyond the usual gaming circles, with their intimate stories and broadly accessible controls. The Stanley Parable, The Disappearance of Ethan Carter, and Proteus have all iterated on the formula, while even mainstream titles like The Last of Us and Wolfenstein have taken notes from this (according to some), “barely interactive” subset of games.

All of the title’s excellent writing, and all of its striking visual design wouldn’t succeed if Jessica Curry’s score wasn’t so effective at connecting the player to the game’s world, and intimately linking that world right back into the game’s story.

“Because they’re so simple, everything is exposed,” Dan Pinchbeck says on creating walking simulators. “Everything has to work.”

The complexity of the genre doesn’t come from the countless moving systems behind the scenes, but the same challenge that artists have faced for centuries – conveying intensely personal feelings to a world full of millions of unique experiences. Dear Esther’s specific details may change, but Jessica Curry’s score lets it tap into the timeless universality of emotion.

More of Jacob Geller’s writing can be found on his author page, and more of his scattered thoughts are on his twitter, @yacobg42. This piece wouldn’t have been possible without the help of Mathew Dyason, creator of the excellent YouTube channel “Game Score Fanfare”