Ashton Hermann enjoys the lack of pressure applied by this hero shooter.

Since just before it launched I have played Overwatch for more than 400 hours.

That doesn’t factor in any of the time I’ve spent on the game’s Public Test Realm or on the Xbox One version of the game because, yes, I bought the game twice at launch in order to play with my console-bound friends long before crossplay was a thing.

Add to that the time I spent producing and co-hosting a (now dead) podcast about it, and I’ve dedicated a larger portion of my life to Overwatch than I have to any other single game.

It’s not a particularly impressive number, but it’s a lot for me. Now, with Overwatch 2 on the horizon (not to mention the disillusioning controversy surrounding Activision-Blizzard that’s come to light in recent months), I’ve spent a lot of time reflecting on the game and my experience with it and wondering what it was about the hero shooter that has kept me invested and engaged since launch in a way that no other online multiplayer game has.

Like for so many my age, time is more valuable to me now than it’s ever been at any other point in my life. I play other, mostly single-player games, too, but I’m no longer in a position to knock out a game over a weekend like I once was.

Games take me a long while to finish, sometimes years, and I have to be deliberate about how I choose to spend my game time when I have it. In fact, leading up to Overwatch’s reveal, I’d all but given up on playing a multiplayer game with any regularity. Then Blizzcon 2014 happened, and they showed off this shooter had been salvaged from the ashes of the infamous “Project Titan”, and it looked like this:

It was like Blizzard had crossed the Marvel Cinematic Universe with Pixar! I must have watched that trailer a half-dozen times, and I knew I was going to have to play it, even if I wasn’t sure how I’d find the time.

Fortunately, Overwatch works on a level that most other modern shooters and service games simply don’t, although it wasn’t particularly unique in this respect at the time of its launch. It doesn’t really require much of the player: you can take or leave it whenever it suits you. There are some loot boxes and some limited-time cosmetics, sure, and the game has competitive seasons and seasonal events. But what it doesn’t have are battle passes or new exotic weapons to collect or raids to prepare for: things that aren’t inherently bad – in fact, they’re sometimes really great – but do instill, for me at least, an uncomfortable ‘FOMO’.

It’s in stark contrast to Destiny, which was another game I sunk many dozens of hours into over several years. There were so many things I wanted to see and do, but I was in a perpetual state of playing catch-up to friends so that we could see and do them. I found myself begrudgingly knocking out daily events in order to earn a few more points for my light/power level, not because I was having fun, but because I had to. It was a chore, and it felt like one.

It seemed like Destiny was the one and only game Bungie wanted me to ever play. If that sounds obvious, it’s only because we’re so accustomed to the games as a service (GaaS) model that we no longer think twice about it. What was once a hit-driven industry is now a, well, service one, which means that keeping as many players engaged with the game for as much time as possible ultimately means a higher conversion rate into new revenue for the publisher.

I’m not universally opposed to the GaaS model, but it’s undeniably changed the way that games are developed and consumed, for better and/or worse. A quick glance at the top games by player count on Steam reveals that nine out of the top ten could confidently be called service games. Of them, half include seasonal/battle pass models, including several that originally shipped without those models such as CS:GO, Dota 2, and Destiny 2. That’s just for one platform on PC and doesn’t count console figures or even other games with seasonal pass models that regularly land in the top-ten on Twitch such as Valorant and League of Legends. 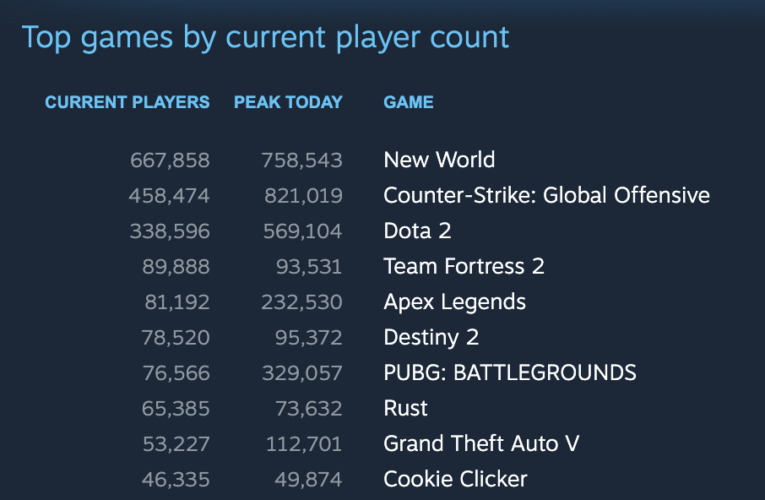 Service games promise virtually unlimited content for a relatively low (especially in the case of free-to-play titles) barrier of entry, but for old school players like me, who enjoy dipping in and out of many different games, they can leave one feeling disregarded. Apex Legends, Fortnite, Call of Duty: Warzone, and even Fall Guys are games I play casually, but their focus on new and time-restricted content actively hinders my ability to fully enjoy and commit to them. It’s ironic because I know these systems are designed to do the exact opposite.

By contrast, Overwatch feels like a shooter from a bygone age. It relies on loot boxes as its ongoing monetization model, which was well-hated in 2016 but seems so tame by modern standards, especially because there are no “pay-to-win” mechanics. Unlockables are cosmetic-only, and even the limited-run seasonal skins inevitably come around for re-purchase often enough that I no longer feel compelled to collect them all during a short window. It’s a service game itself, but it’s so non-committal about it. “You can buy loot boxes if you want,” it seems to say, “but we won’t bug you about them.”

It’s liberating. I can play it at my leisure as often or infrequently as I like, and if that’s once a week with my friends, well that works just fine. I recognize that I’ve managed to cultivate a certain mentality and bias with the game, but Overwatch does next to nothing to convince me otherwise. The game’s main menu UI is relatively clean and minimal, especially when compared to the likes of Apex or Warzone. There are no missions or quests to complete for bonus XP, no battle passes to purchase. I can simply jump in and play. 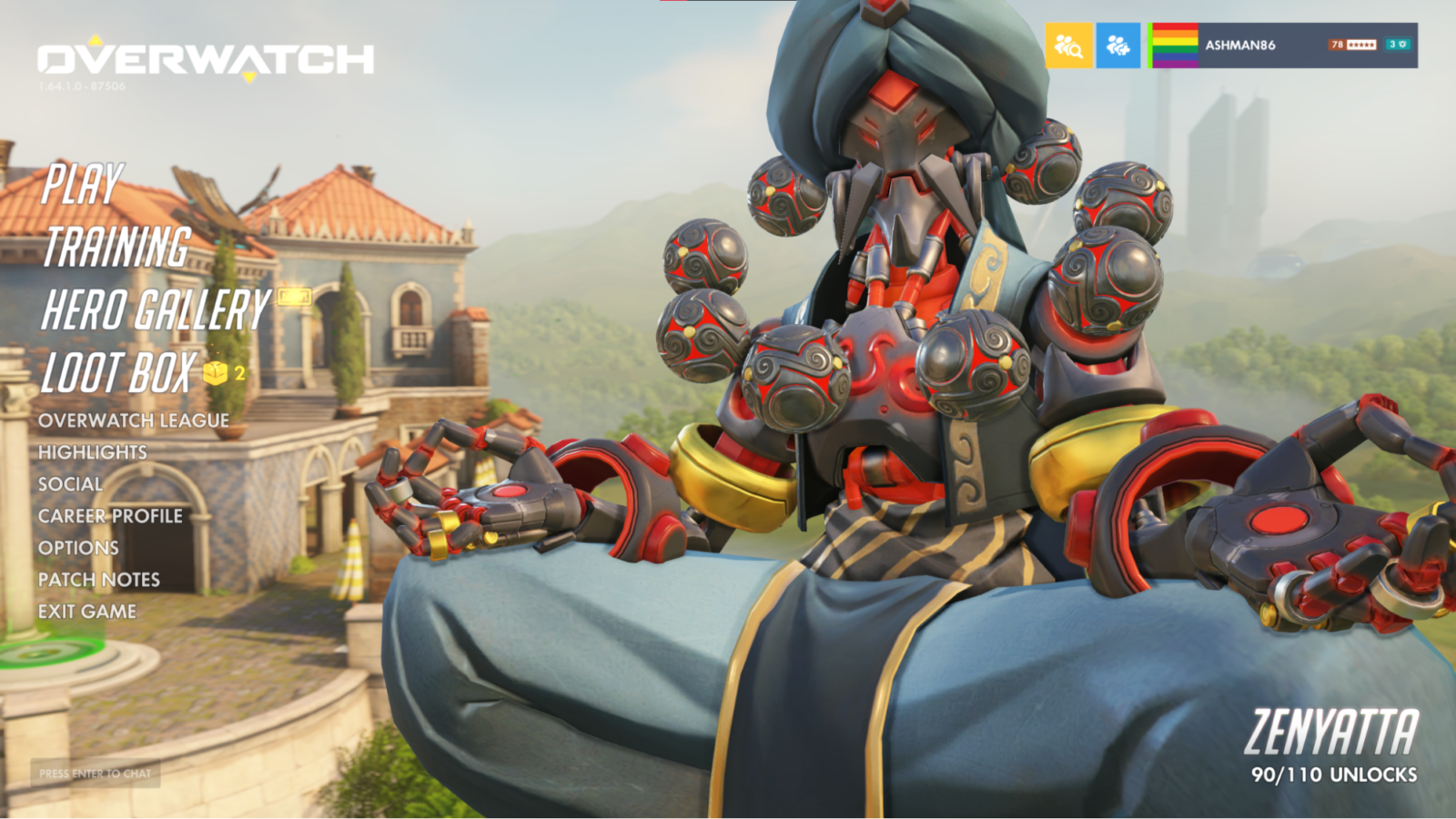 It’s that pressure-free acceptance that Overwatch offers me that other games don’t. More than five years after launch, Overwatch is at its end-of-life. The team’s focus has shifted almost entirely to the development of Overwatch 2, which was officially announced in 2019 and still does not have an official release date. 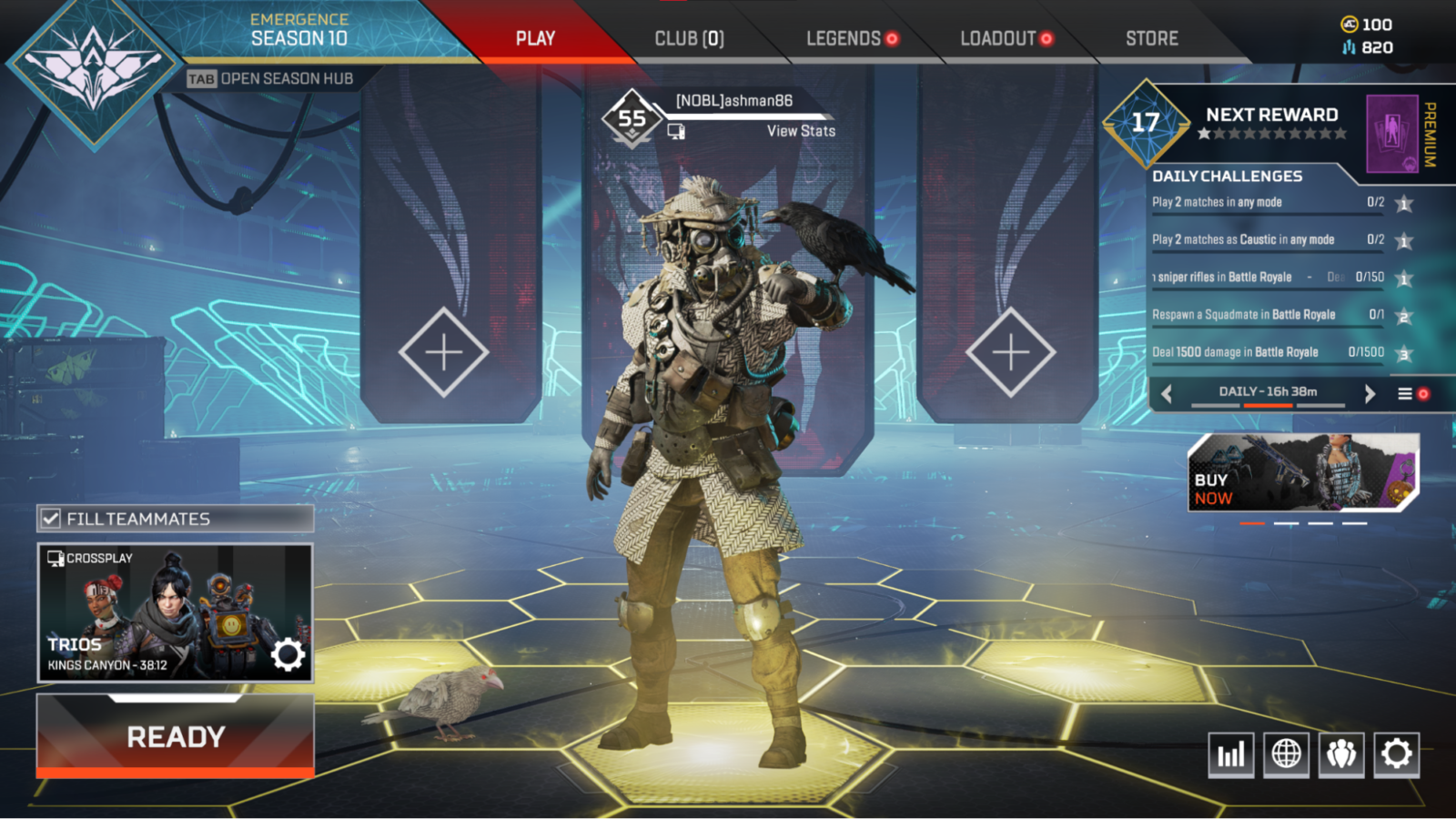 I’m excited about that game, but there’s also a concern growing in the back of my mind that it won’t be able to offer what Overwatch does now. With PVE content representing a new focus for the game and a battle pass system all but confirmed, I worry I won’t find that same carefree welcome in the sequel.

It isn’t difficult to imagine a future in which a heavily service-oriented Overwatch 2 significantly outperforms its predecessor as a revenue generator for Activision-Blizzard. I wouldn’t be surprised if it even included a partial free-to-play model like the upcoming Halo Infinite in order to bolster its active player counts. But if the result is a familiar game with a big dash of fomo, it isn’t really the one I want to play for hundreds of hours over the next five years.