Chris O’Regan takes us through a third cluster of games that he’s had hands on with at shows and events so far this year (in alphabetical order). 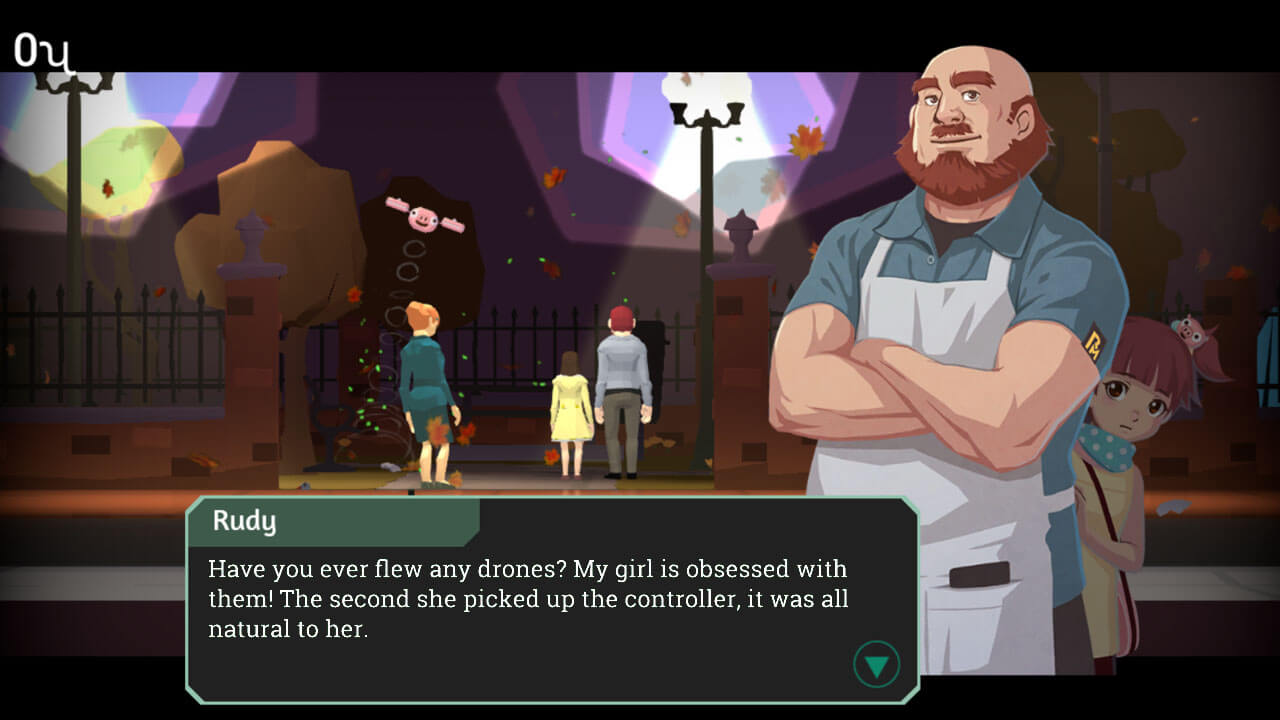 One of the key features of PAX, whichever one you attend, is the Indie Minibooth. This is a booth within a booth that is contained within an area of the Indie Megabooth. Are you with me so far? Anyway, within this Minibooth is a collection of esoteric games made by smaller developers, and every PAX I attend I always spend some quality time there.

At PAX East 2019 one particular title caught my eye as it dealt with the delicate topic of news media and how it influences the beliefs and actions of people. This title was Headliner:NoviNews and it’s a game that is very much deserving of one’s attention.

As a gatekeeper of news stories, the player takes on the role of an editor within a fictional city. Stories arrive on a desk and the player needs to judge which articles are approved and others rejected. There are consequences to the decisions made by the player as they rifle through news stories and find themselves not only assessing news stories, but also becoming part of one.

Headliner: NoviNews taps into the player’s desire to do what is ‘right’, given the morally grey choices they are presented with. Unbound Creations have created nuance from what are a series of seemingly simple decisions as the layers upon which they are built create situations and conditions that the player could not have foreseen. This creates a game with multiple story arcs and endings that bring significant replay value.

The presentation of Headliner: NoviNews is cartoon-like, with character portraits communicating how they are feeling about how the story is being played out via unanimated facial expressions.

The soundtrack reflects the drama and outcomes of the story, which only serves to intensify the feelings of the player as each decision is settled upon and outcome described in grim detail.

I really enjoyed playing Headliner: NoviNews as I was drawn into the world of news media, something I am a consumer of, which had me wondering how impactful the media really is. My conclusion was even more than I had previously realised.

Headliner:NoviNews is out now on Windows PC and Mac OS. 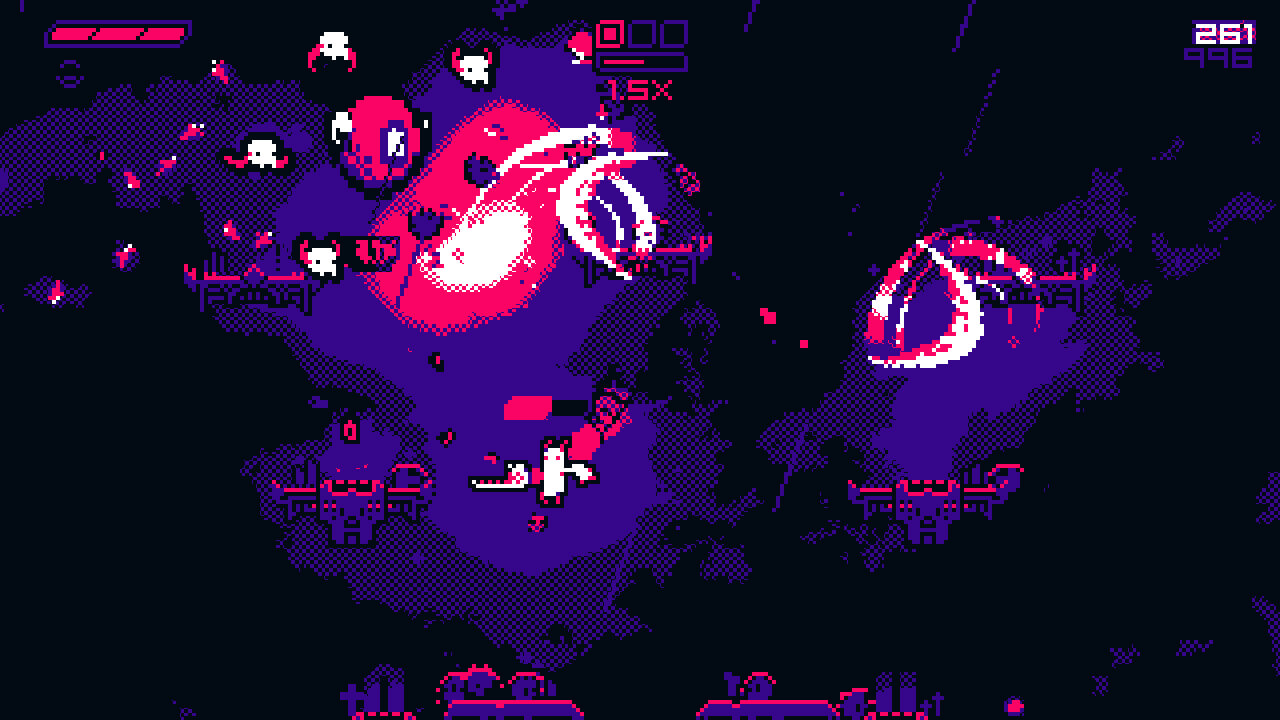 Hell is Other Demons

I almost missed this, almost. On the last day of PAX East 2019 I was wandering around the expo hall trying to catch a glimpse of a game I had yet to have a go at and tucked away in a fairly nondescript part of the vast floor space was Hell is Other Demons and I was immediately drawn to it.

A game that mixes bullet hell, platforming and juggling all into one and spits it back at you in some kind of defiant belch.  I stood up to it and accepted the challenge. While I didn’t quite reach that challenge, this didn’t stop me from playing it until I was asked to leave the expo hall.

The premise of Hell is Other Demons is thus: you’re a demon that apparently has issues with other demons. The reasons for this are never fully explained and quite frankly it does not matter. What is important is the fact that the demon controlled by the player is heavily armed, not only with projectile weapons but also cursed hooves. These little trotters cause other demons to explode when put into contact with them, allowing the player to jump onto other beasts, have them explode and then get thrown off of them onto the next unfortunate demon.

At its core, Hell is Other Demons, is a platform game with the enemies forming mobile and temporary platforms as the player traverses the level. This leads to carefully timing the assault against the seemingly endless waves of enemy demons as their positioning is key to gaining access to other parts of the level. Jump too soon and you could plummet to your doom. Jump too early and the same effect will occur, only in a more gruesome fashion.

Hell is Other Demons has a very low count colour palette. From my experience of it the range of colours is limited to around 4-5 with varying degrees of intensity. This creates a garish visual style, but with the ferocious pacing of the gameplay, it makes it easier for the player to see what is going on.

The movement of the enemies and the player, who is always in the centre of the screen, is constantly manic and it’s quite an exhausting experience. This does not, however, detract from its entertainment value, if anything it enhances it. 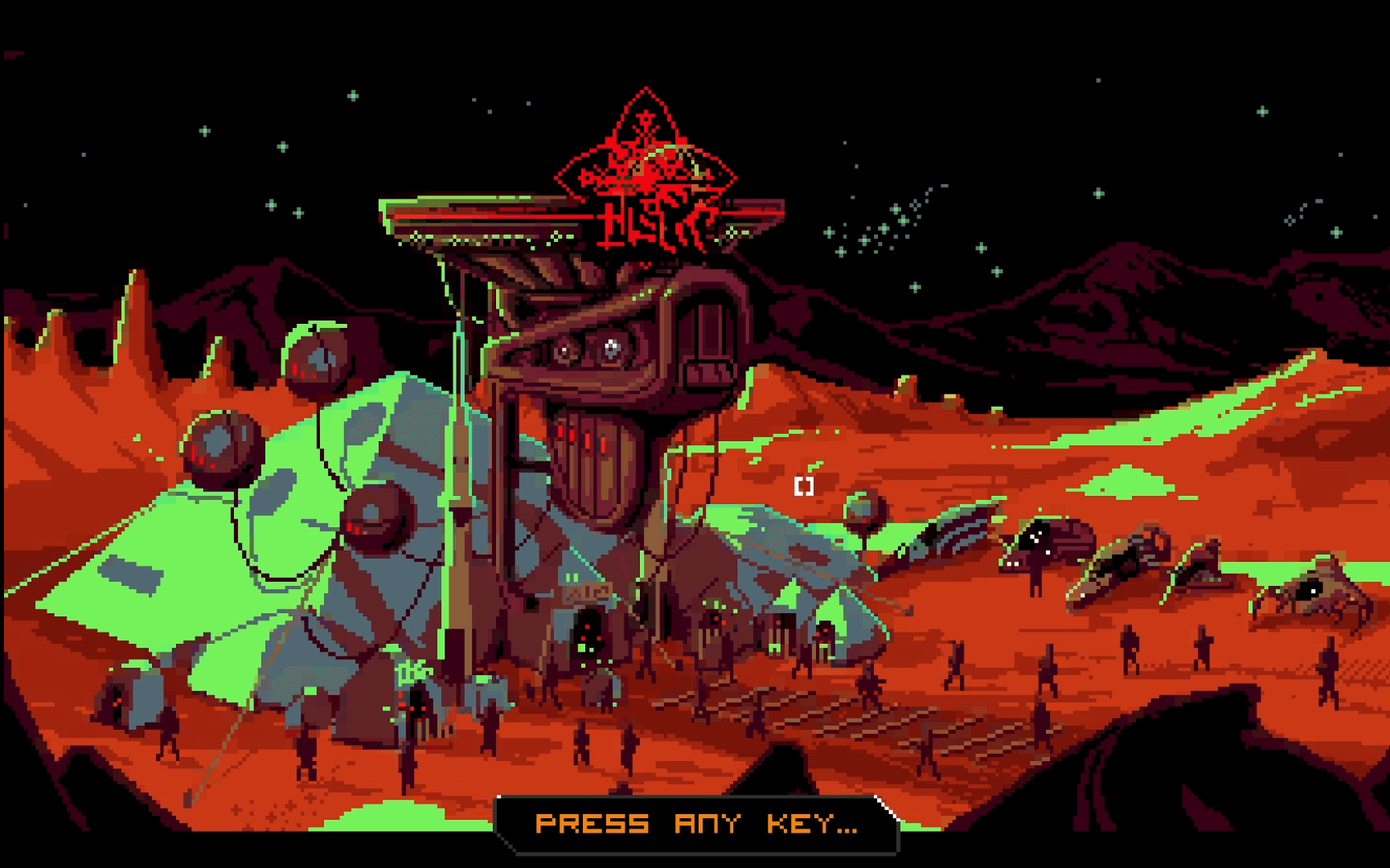 The postal delivery service is a challenging enough enterprise for one nation on a single planet. Scale that up to an entire galaxy and you have quite the mountain to climb, when considering the many obstacles one has to face when trying to deliver a package across the vastness of space.

Hyperspace Delivery Service is a game that attempts to simulate the seemingly impossible exercise that is being a courier for interstellar empires.

The engine that delivers Hyperspace Delivery Service is one of micromanagement, requiring the player to juggle a myriad of variables that could, when combined with one another, cause an unmitigated disaster to unfold. Everything from maintaining food supplies, payroll for the crew, repairs to the ship, logging flight paths and shooting robots in the face within a Wolfenstein like minigame as you explore various installations across the known universe.

The fabric over which Hyperspace Delivery Service is stretched is linked via a series of minigames at which the player must excel in order to be successful. When travelling between delivery points, it’s possible the player may encounter an asteroid field and will need to navigate the ship through it large floating rocks.

The presentation of Hyperspace Delivery Service is extremely colourful pixel art with a highly contrasting palette. This results in the visuals popping out of the screen, which is a requirement when considering how intense some of the minigames are with respect to their movement and speed.

I encountered Hyperspace Delivery Service within the PAX Rising booth at PAX East 2019 and I could see why it was nestled amongst the titles there. The concept of Hyperspace Delivery Service is ambitious, but Zotnip Games have managed to avoid overloading it with features as they focus on the aim of the game, which is to make some money while trying to survive by delivering stuff to sentient beings across the universe.

Hyperspace Delivery Service is out now on Windows and Linux PCs and Mac OS. 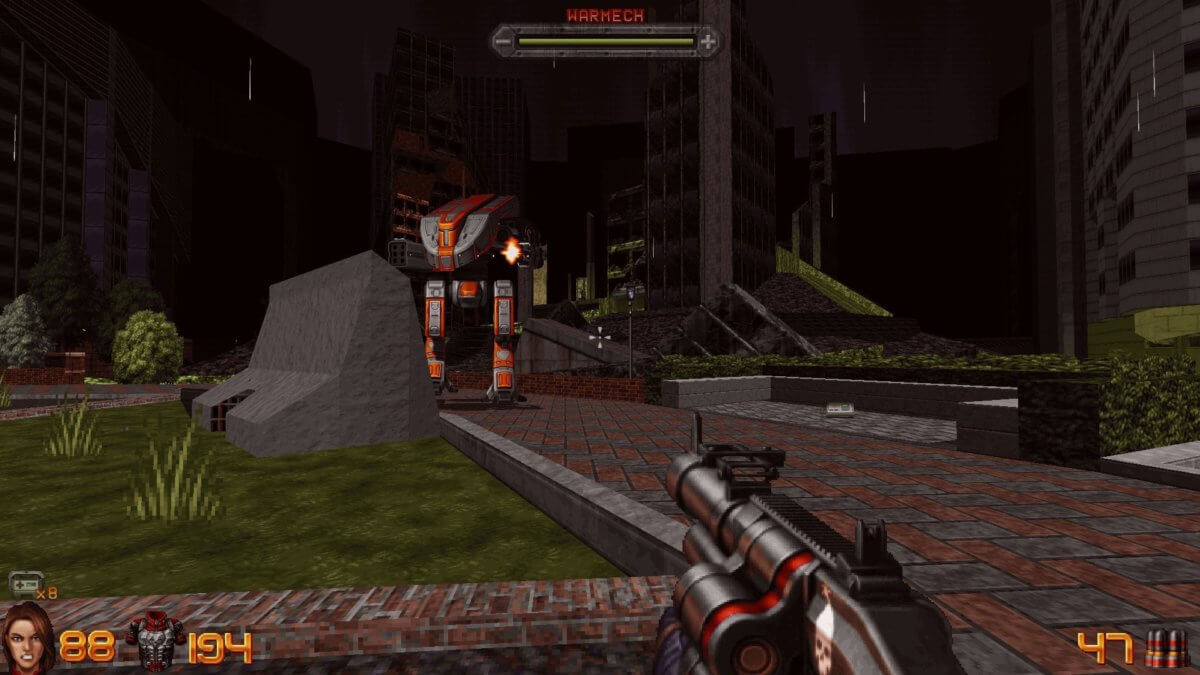 I remember a time when videogames really didn’t hold back when it came to blowing stuff up, and then doing it again until all you could see were fireballs exploding into more fireballs. I’m referring to the likes of Duke Nukem 3D, Rise of the Triad, Blood and, lest we forget, Redneck Rampage, a personal favourite of mine.

But they’re a thing of the past, right? Now you have to solve existential crises in Everybody’s Gone to the Rapture or try to not be shot at by a 10 year-old in Fortnite. But what if someone made another one of those really fast-paced and quite frankly unfair FPS titles from the 1990s again?

This is a question both Voidpoint along with Duke Nukem 3D creators 3D Realms have decided to answer by creating Ion Maiden, a throwback FPS that looks ostensibly like it came from 1993 and decided to skip the last 26 years and arrive in defiance of the advancement in game design that has occurred since. For this I applaud it as it is unashamedly a title that draws heavily from the past while running on modern hardware, making it run a 50 bazillion frames per second in the process.

In Ion Maiden the player takes on the role of Shelly “Bombshell” Harrison. She’s an operative for the mythical Global Defence Force and specialises in bomb disposal, hence the nickname. Set in the near future, Shelly has been given the task of shutting down a facility run by a Dr Jadus Heskel who is hell bent on taking over the world by creating an army of cybernetic enhanced warriors. Clearly Dr Heskel needs a hug, but Shelly isn’t about to give him one, as instead she’d much rather blow everything up repeatedly until there are other things blowing other things up that will see the demise of Dr Heskel and their many minions.

The Build engine used here is one that was employed in some of those titles from the early 90s, with a ‘2.5D’ representation of the world, eschewing the fully rendered 3D worlds we now enjoy. Flat surfaces with simple textures abound and the bitmapped enemies are numerous as they are well animated.

The fact that the technology being used is so retroactive that the pace of Ion Maiden is such that it comes very close to more modern FPS titles and the developers have exploited the fact that modern hardware is capable of throwing about many more elements and thus have cranked up the enemies and the pyrotechnics on display.

I really enjoyed playing Ion Maiden while it was being demoed at PAX East 2019. It’s as tough as nails, but that did not prevent me from regressing back to the 1990s when I played these types of games for hours on end. There is enough within to still make it relevant to today’s audience and it was a welcome sight and experience to be had.

Ion Maiden out on Early Access for Windows PC, Linux and Mac OS will be released on those platforms as well as the PS4, Xbox One and Nintendo Switch sometime in 2019.