There is a point in every Persona game I’ve played where I find myself chuckling at tiny strings of incidental dialogue between the cast. 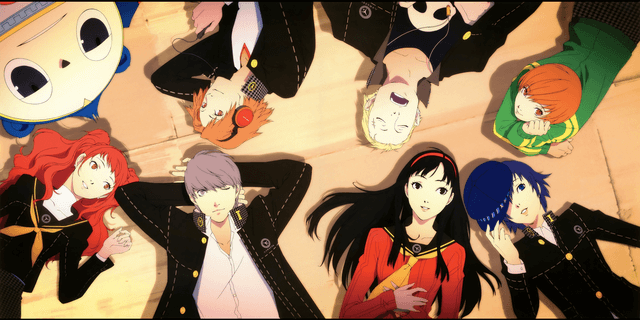 Most recently in Persona 5, the gang were discussing their fears about a possible group trying to expose them, and Yusuke suggested they all calm themselves down with a nice cup of tea and some salty crackers, and once everyone had signed off he left on, “I really fancy something salty!”

It’s not a particularly funny line in isolation I admit, but it made me giggle because it felt so true to Yusuke’s character. Like when you laugh at a friend’s choice of words or actions because ‘that’s so them!’

There are certainly other series that have achieved this level of familiarity with its characters, but I’ve never experienced a series that does it as effectively as Persona and certainly no other JRPG. The key is that through Persona’s life and social sim systems found outside the dungeons, the cast are thoroughly rooted in the everyday mundanity of life. 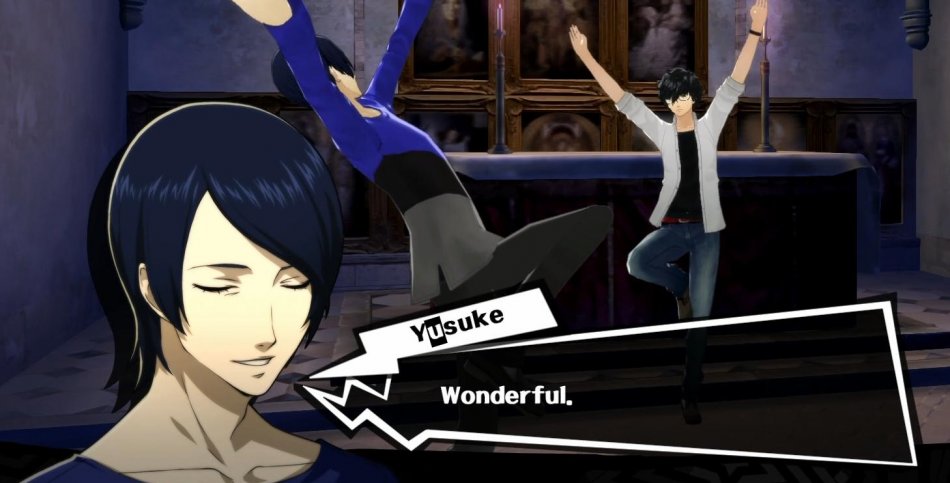 Social Links are ongoing side missions in Persona that improve your relationship with certain cast members, which in turn improves their performance in battle and/or your ability to fuse and create Personas.

In Persona 4 one of my favourite social links was Chie’s, which was a surprise at the time because I initially found her a tad abrasive. However, I soon grew very attached as I learnt more about her insecurities, her drives and her relationship with close friend Yukiko.

In the early stages of her Social Link, you’re helping her practice martial arts in the secluded floodplain of Inaba. You learn that the fuel for her energetic and blunt personality is a strong desire for justice. Eventually you start helping her defend her friends from abuse and later defend kids from the local bullies. She starts to open up about how she and Yukiko first became close through their shared desire to take care of a dog called Muku, which Yukiko’s parents refused to take in. 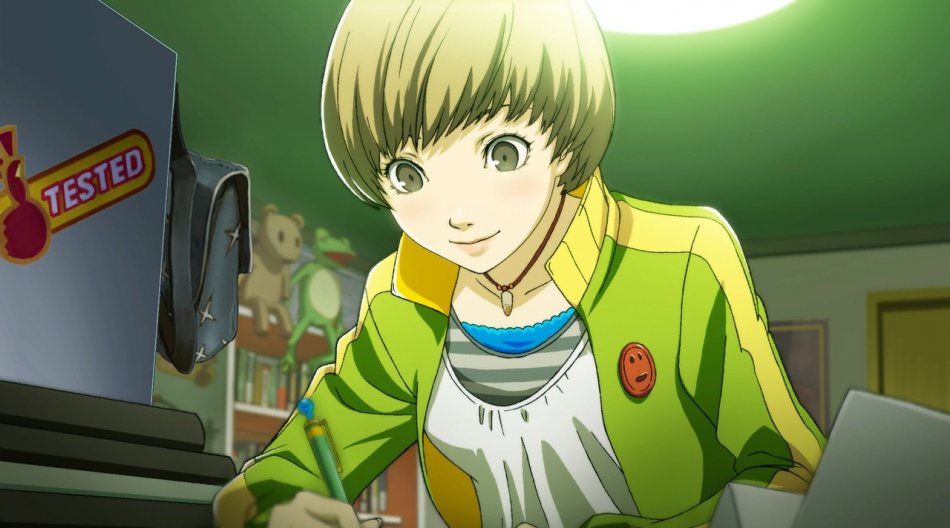 This is a defining moment for Chie, and one that shaped what drives her at the point we meet her in the game. With your assistance, she does some soul searching, and by the end of her social link she realises what she wants to do with her life. She wants to be a Police Officer.

This new found purpose gives her motivation, focus and peace of mind.

And that’s it, nothing particularly shocking or high stakes happens during this whole side quest; however the impact of completing it ripples through out the rest of Persona 4’s campaign. In most JRPGs you only get to know the cast through the context of a dire situation, and so your understanding of them is based on who they are in those extreme circumstances.

The social links take you through what it would be like to know these people under regular circumstances and more mundane day to day conflicts. So I now have an understanding of who Chie really is outside of the central conflict of the main story.

And so I find myself giggling at all the small verbal jabs Chie makes, because I know her well enough to find her unique tics endearing. She’s an old friend, who’s great to just grab some steak with and chat. She’s not a JRPG/Anime caricature, she’s real, and this extends to most of the cast of Persona 3, 4 and 5.

Once the games are confident you’ve had enough time to build a significant relationship with most of its cast, it sends them on these whacky school trips where the enjoyment comes from witnessing all these characters ticks and tendencies bounce off each other in hilarious and heartfelt ways. And it’s in these moments that you realise just how effective a trick Persona has pulled.

You love these people, you love spending time with them as a group. You want to keep playing to the very end, not because of the overarching plot, but because any time spent with these characters is a good time.

Ultimately, this is why it’s so hard to say goodbye at the end of all the Persona games I’ve played. I’m tearful, because I’m saying goodbye to videogame characters I’ve come to understand as ‘real people’.

It’s the small moments that make us love spending time with our friends and Persona gets that.