An assignment far more sinister than a retro gaming conference, Leah Haydu braves the lobby of The Spectrum Retreat.

Hotels are kind of creepy.

That’s not just me, right? There’s something a little unsettling about the sterile design, the geometric symmetry, the repetition everywhere you look…

Okay, maybe it is just me. I’ve seen The Shining a lot of times.

Despite what the title would have you believe, the hotel isn’t really the main focus of Dan Smith’s adventure-puzzler The Spectrum Retreat, but the ambience created by this part of the setting perfectly encapsulates how the player is meant to feel during their playthrough – just a bit unsettled. 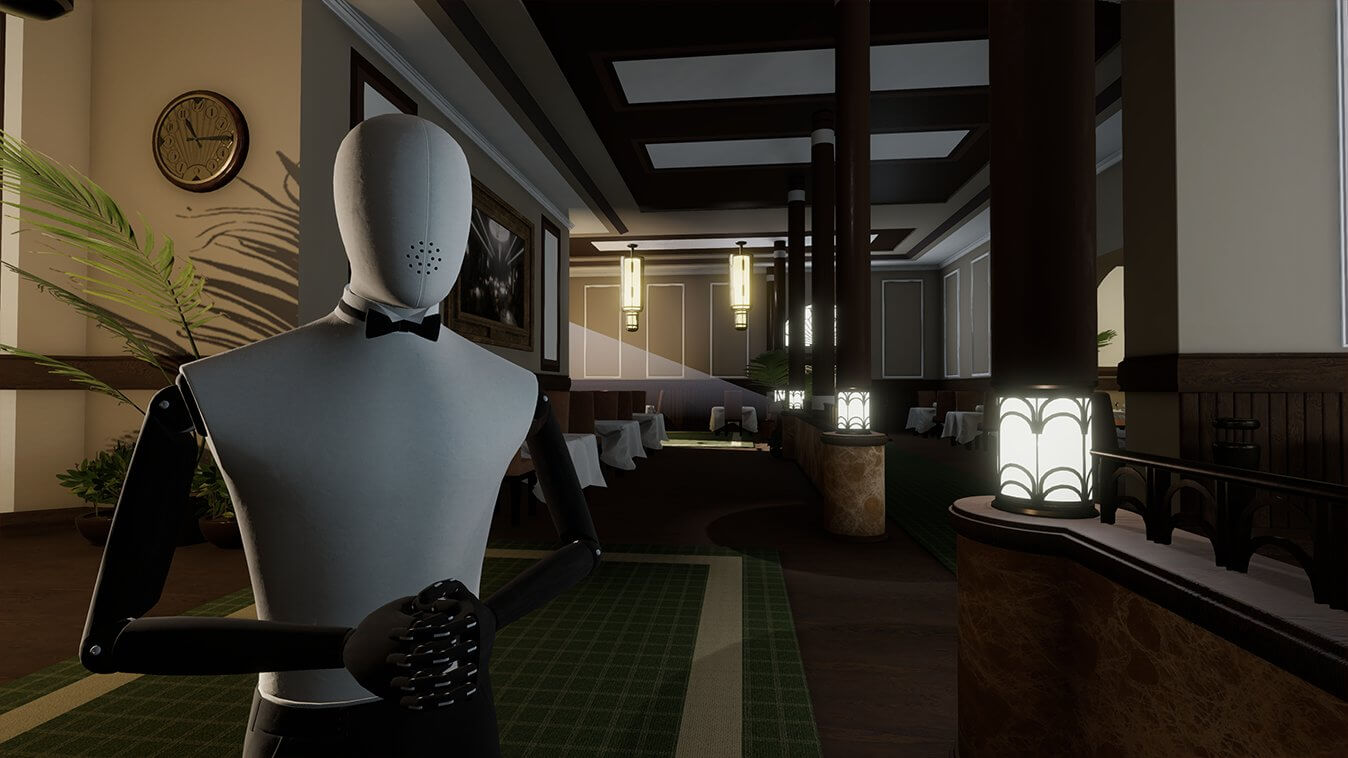 The Spectrum Retreat feels a bit like two games mashed into one; there’s the adventure-game-esque exploration and light puzzle solving that you’ll find in the main portion of the hotel, and there’s the ‘authentication challenges’ that serve as the meat of the gameplay. In these, you obtain access to increasingly complex mechanics which must be mastered in order to exit each room, thus concluding the challenge and unlocking the next area. Once a set of challenges has been completed, a new floor of the hotel opens up, and the cycle restarts.

The easy comparison to make here is, of course, to 2007’s Portal, and given the development timeline (Smith has been working on the project since 2013), it’s unrealistic to imagine that there wasn’t some inspiration there, but Spectrum is far from a simple homage. 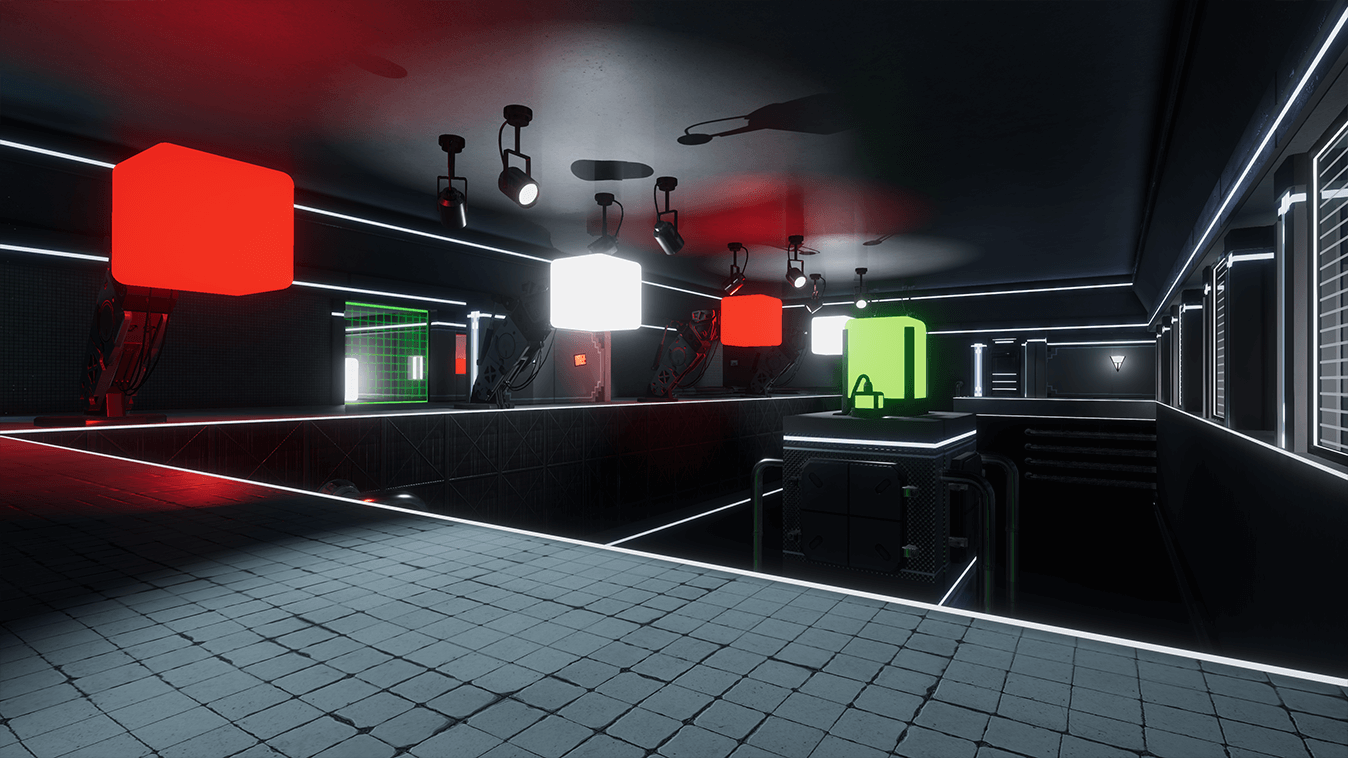 The challenges rely on swapping colors between specific blocks by storing the colors in your ‘phone’ – a near-futuristic disc that also serves as the communication device you use to speak with your one outside contact (who, conveniently enough, cannot follow you into the puzzle sections of the game).

Pointing at a block of one color allows you to swap with whatever color your phone is currently holding, and the color in your phone determines what color gates you can pass through. The trick is in moving everything around to allow passage to the final gate so that you can get to the next level. Elements are layered on each other gradually, so that like the best puzzlers, it starts out simply and becomes almost maddening by the end.

Spectrum does a solid job of seeming fair for the most part, with very few sections that feel like they’re resorting to cheap tricks to artificially boost the difficulty. In fact, the one and only time that I gave up and sought out a walkthrough, it turned out that I had the right idea, I was just getting stuck on a piece of geometry that made it seem like I wasn’t supposed to be going the way that I was. 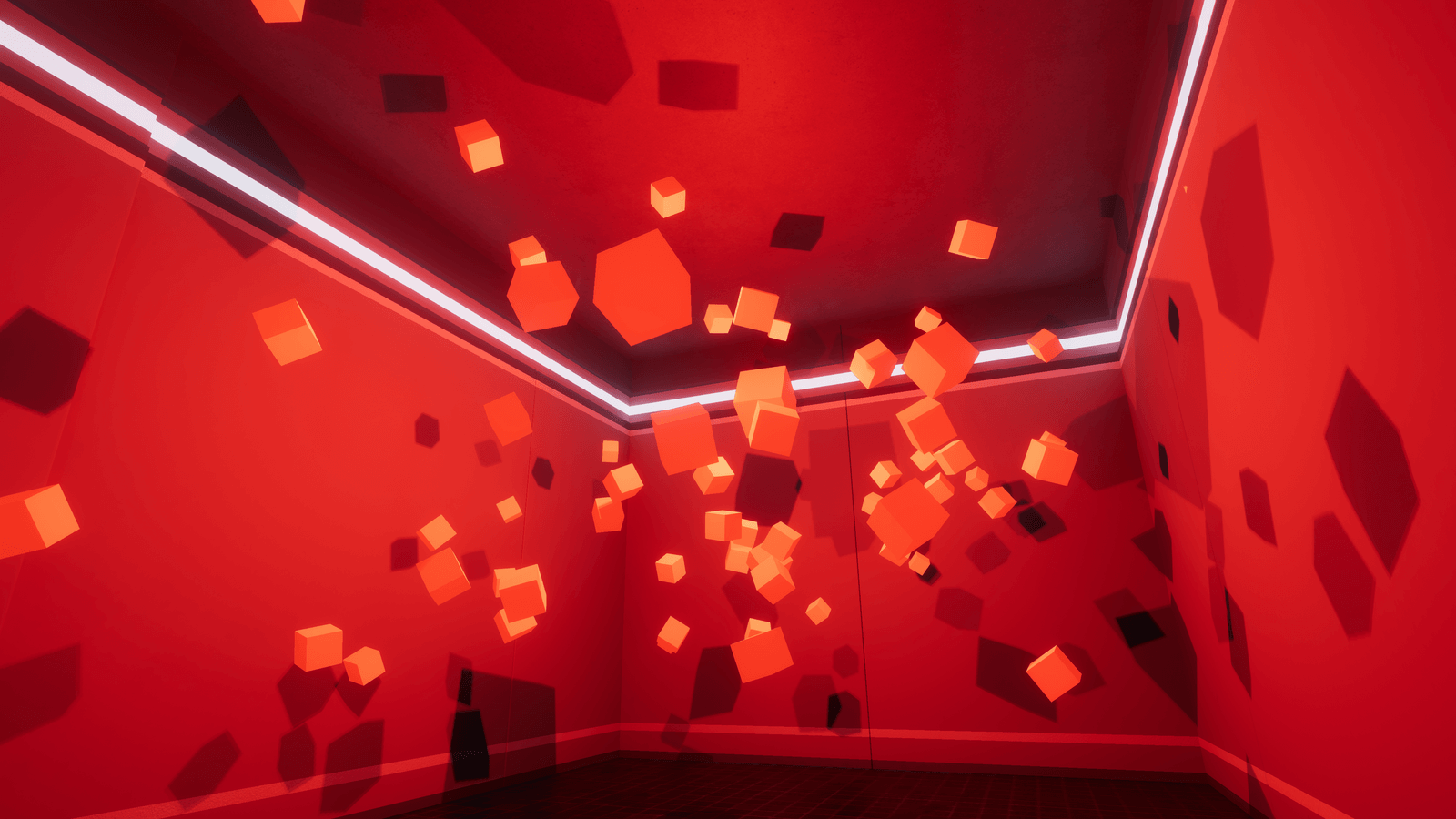 Aside from a few strange angles and occasionally wonky collision detection, the movement and aiming feel fairly smooth, and there’s generally a satisfying click from your controller (in my case, the Switch Pro controller) when you’re aiming at something you can interact with. This comes in especially handy during some of the later stages, where there might only be a sliver showing of the block that’s colored the way you need to progress.

Although pieces of the game’s overall storyline are scattered through these sections (mainly as mini-flashbacks that trigger when you encounter flickering artifacts among the blocks), the majority of the narrative is delivered by Cooper, an external handler of sorts who helps you for reasons that are never really explained satisfactorily.

Through her hints and the flashbacks, a picture forms of why you’re there and what happened outside that has led to your current situation. It’s not the most original story, but it touches on some pressure points that can be surprisingly relevant to a modern audience, and barring some loose ends, I would say it is competently told. 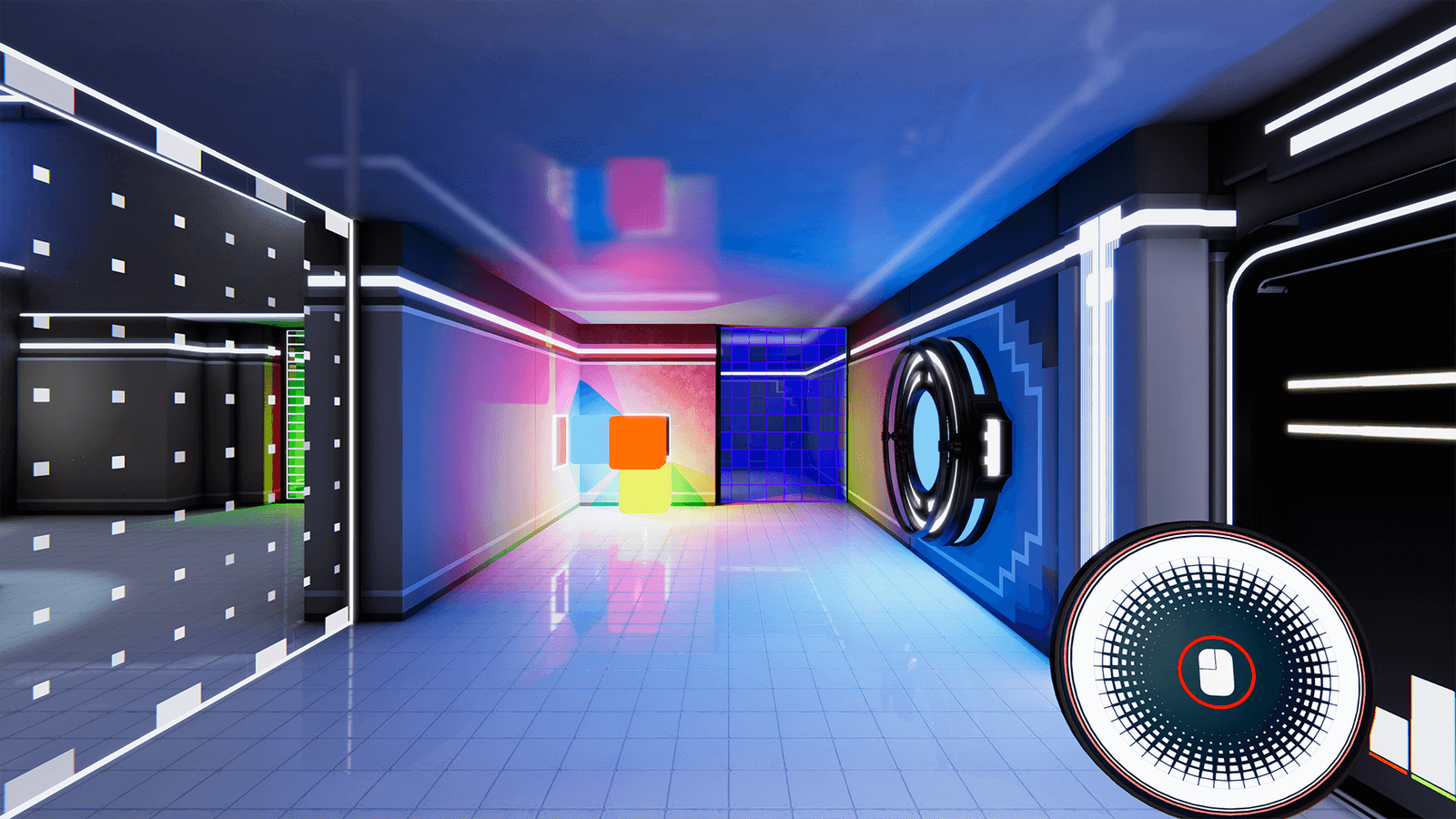 The biggest issue that I found with The Spectrum Retreat was in how the two sections of the game fit together. The hotel sections feel spooky and moody, and as things start to go wrong, you become increasingly apt to turn around and find a vaguely British robot monitoring you very closely, which is apt to put anyone on edge.

Fitting this together with the sharply-colored geometric contrasts of the puzzle floors doesn’t feel quite right, somehow. They’re both well-made, but I never quite became convinced that they belonged in the same game.

For me, the true measure of the quality of a puzzle game lies in how it makes me feel – not about the game, necessarily, but about myself. Did it make me feel really stupid as I stared at a problem? And then did it make me feel really brilliant when the solution clicked in my brain? Too much of one or the other results in me feeling frustrated or patronised, respectively, but the right mix feels great, and usually makes me want to play more.

The Spectrum Retreat does pretty well in this aspect, but the lack of cohesion between the various pieces of the whole prevents me from being able to say I think it’s truly great. If this is something you’re willing to overlook, there’s plenty of enjoyment to be had, and I’m more than convinced that Dan Smith Studios bears keeping an eye on to see what they’re up to next.