A year ago, or thereabouts, I started writing an article for Cane and Rinse about the Uncharted series and how I wished those games would go on forever.

How the mix of character beats, pulp storytelling, gun-play and traversal was something I could never grow tired of. Spectacle, pacing, humour, pathos. Uncharted had it all.

I never quite finished that article. For whatever reason, I struggled to reach a satisfactory conclusion. So it’s somewhat amusing that I find myself, a year on, writing an article about why I’m glad that the Uncharted series is finished (or appears to be).

The game series that I hoped would never end achieved the sort of satisfying conclusion my earlier article had struggled to find.

Warning: Unmitigated spoilers beyond for Uncharted 4: A Thief’s End!

Videogame endings seem to be difficult to get right. Sometimes they are too long in coming, other times they sneak up on you unexpectedly and disappointingly.

When videogames were purely about mechanics, endings by and large involved overcoming a final, brutal challenge.

Modern games still ramp up the difficulty, allowing players to demonstrate mastery of systems and gadgets and skills, but for a story-heavy game like Uncharted, a proper narrative ending is required.

Mechanics are tied to characters are tied to actions are tied to plot, and finding a convenient way to neatly wrap-up this bundle of interconnected elements is no easy task.

Many would argue that Uncharted succeeded in putting a neat bow on things with the ending to the third game in the series. Uncharted 3: Drake’s Deception explored main character Nathan Drake, his motivations and his relationships with the other important characters in the series in much greater depth than any previous instalment. 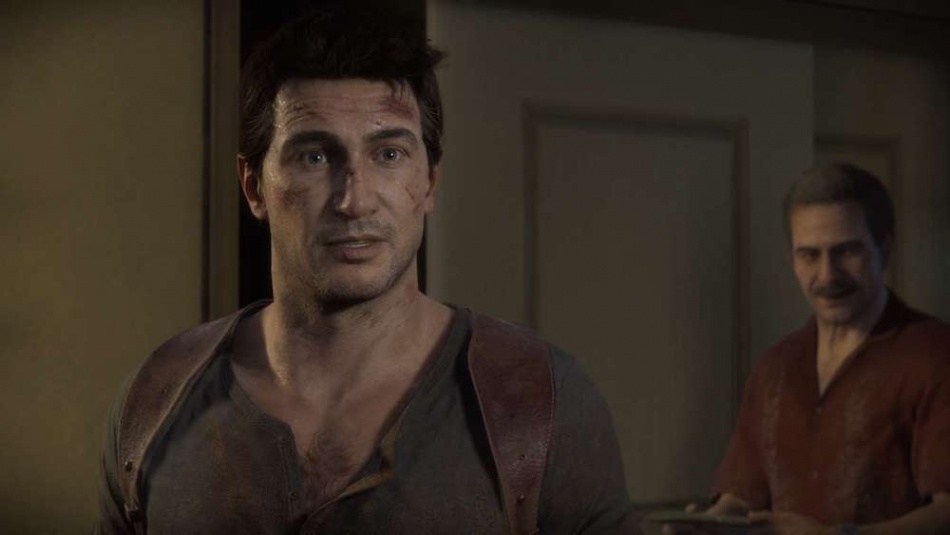 We learned that ‘Nathan Drake’ was an identity Nate had adopted, a way to set aside the traumas of his childhood – his mother’s death and abandonment by his father – and to align himself with ideas and ideals greater than himself.

He became a modern, swashbuckling adventurer, obsessed with solving great mysteries (and getting rich in the process – though he was never entirely successful at that).

Drake’s persona was rakish but charming. He drew people in, but in doing so he brought them nearer to death and danger. Only at the point of almost losing those he held nearest and dearest did Drake realise that there was more to life than treasure-hunting.

He may not have started out with one, but over time he’d gained a family, and that was worth more to him than gold. At the end of Drake’s Deception, Nate chooses family over fame and fortune, and walks off into the sunset with his estranged wife Elena, hoping to make a better go of it.

And that’s where they should have left it, according to some. Lara Crigger, on the Gamers With Jobs podcast, makes a passionate, well-defined case that Nate, as pulp action hero, should have been left with this hero’s ending, that we didn’t need to see what came next.

I beg to differ. A sunset isn’t an ending; it’s a transition state, from one period to the next. Night follows day follows night.

The emotional arc that Nate goes through in Uncharted 3 is satisfying, but the game still essentially ends in the same place as the previous two games: Nate and Elena are together, wondering about the future. Nate may have declared he was done with the adventuring life, and with it the persona he’d adopted. But how could we, as gamers, know what that future would bring when previous games had already suggested an impermanence to the relationships in Nate’s life?

Uncharted 4 answers that question. Crigger didn’t like what she heard, and she explains why in great detail here https://www.gamerswithjobs.com/node/1299956.

But I did. I liked the fact that game dared to show the fragility of the deal Nate had made with himself; how his vow to abandon the ‘Drake’ persona was never going to work. The name might have been a construct, but Nate had carried it so long that the artifice had become real. ‘Drake’ is who he is – or, at least, was – and it didn’t take much to shatter this new construct he had created: Nathan Drake as doting husband and day labourer.

Nate clearly realises he’s living on the edge, despite the mundanity of his new existence. He shuts himself off from temptation, and the reminders of the life he once lived – why else would he not have seen father figure Sully for more than two years.

When Nate’s long-lost brother shows up, needing help in tracking down lost pirate treasure, it doesn’t take much to tempt him back into action. He lies to Elena and sneaks off – wanting his cake and eating it too.

Some critics have complained that the game takes too long to get to this point, to start the adventure. But for me a slow build up was essential. The previous games in the series cut to the chase pretty quickly and skipped over much of what happened between instalments.

Elena’s absence was noted, and some perfunctory explanation given, but the player was left to fill in the gaps. We’re told things didn’t work out. Perhaps they had a fight, perhaps they wanted different things out of life.

Perhaps they both shared some of the blame for the breakdown of their relationship. Now, stop thinking and shoot some goons!

The languid pace that characterises Uncharted 4’s opening hours allows us time to think, but – most importantly – it give the developers space to say what they want to say about Nate and Elena’s relationship. We see him working for a salvage company, distracted by memories of times gone by. 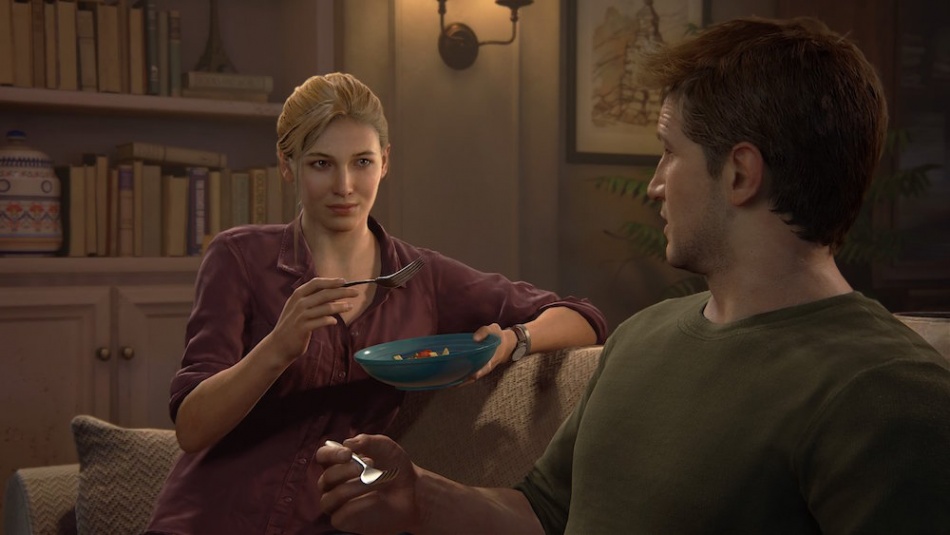 We see Elena recognising a longing for adventure in Nate, and her fulsome encouragement that he join his boss on a salvage mission to Malaysia. Nate refuses because his boss doesn’t have the correct permits, but we know it’s an excuse. He’s avoiding temptation, refusing to confront who he is and what he’s missing. And he’s scared or too proud to admit it all to Elena.

I disagreed with much of what Crigger had to say in her critique of Uncharted 4, but nothing so much as when she accuses the developers of (deliberately or otherwise) making Elena an unwilling antagonist, someone holding Nate back.

Far from it. Elena is drawn in a very sympathetic light. She understands who her husband is and why he might not be entirely happy living in the New Orleans suburbs.

It’s Nate who fails to confront this reality, and we’re left with very little doubt as to who is in the wrong when the lies begin. We might follow Nate on his adventures, and we might enjoy being back in the game, but story-wise, the writers are not on Nate’s side. We recognise the mistakes he makes.

Sully even points it out, when he encourages Nate to tell Elena what’s going on. “She wouldn’t understand,” Nate replies. But Sully knows better. He’s right when he says that Nate doesn’t give his wife enough credit.

Ultimately, Nate is forced to own up to his lies and to who he really is. And this is why I think Uncharted 4 builds on the conclusion of Uncharted 3 in a satisfying way, and provides a more fitting conclusion to this wonderful series of games.

In Uncharted 3, Nate realised the importance of relationships, of friendship and family, and that he was willing to give everything else up – including his identity, his sense of self – to hold on to these things. Uncharted 4 shows us how impossible that is; how, as much as we might love someone, or care for them, we can’t walk away from what makes us who we are.

We can grow as people – and Nate’s brother is a yardstick by which we can measure how far Nate has evolved throughout the series. Despite his more rounded personality and priorities, the smoother edges and the more cautious approach to life, Nate is still a treasure hunter at heart. A man of action. And such men do not walk off into the sunset and leave it at that. A new day brings new adventures, big and small.

The beauty of Uncharted 4’s story for me is that it leaves Nate and Elena in a place where they can enjoy those adventures together, openly and honestly. 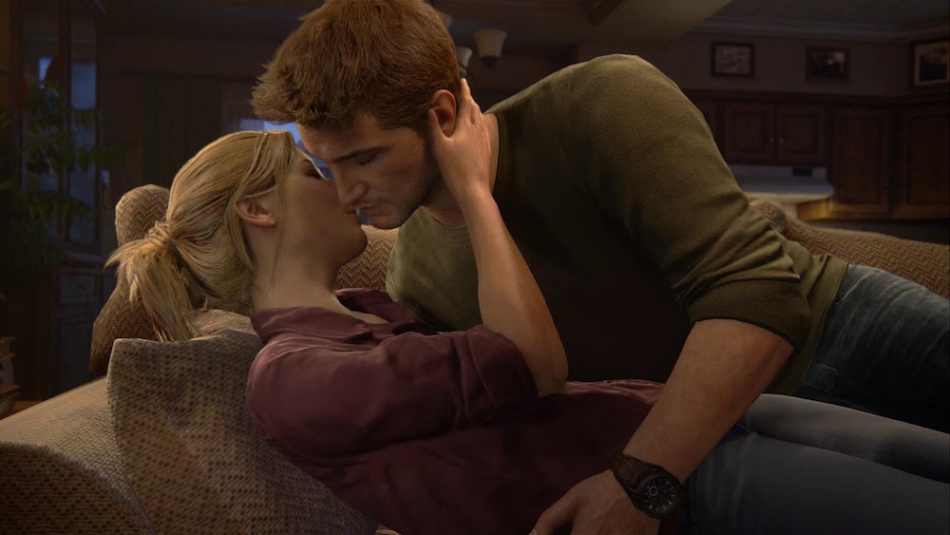 There’s some question as to whether Elena sacrifices her own dreams to appease Nate’s, but there’s no doubt that, towards the end of the story, Elena acknowledges that she too misses the thrill of discovery, exploration and daring-do.

Indeed, we catch glimpses of the couple’s later adventures in life during the game’s note-perfect epilogue. Some gamers might wish to experience those adventures first-hand, but I’m content to fill in the gaps here, knowing as we do the general outline of their life together.

With Uncharted 4: A Thief’s End, Naughty Dog has succeeded in giving us ‘a happily ever after’ ending without leaving room for us to doubt whether this is just wishful thinking.

It’s an ending I’m glad to have seen, and I’d never thought I’d say that.