Home » Undertale and the power of permanence

Decision making has been one of the most fundamental aspects of game design for just about as long as games have existed.

From the very earliest text-adventure games, the player’s decision to [go north] or [investigate dark cave] could fundamentally change the course of the adventure.

That interactivity and non-linearity has always been what has given videogames a unique edge over other media when it comes to interesting storytelling possibilities.

Even games that we colloquially refer to as ‘linear’, like The Legend of Zelda, allow for a surprising level of player impact on the story. Through the player’s actions, he or she is able to directly affect the manifest content of the game – the on-screen experience.

In one game, Link can be a noble warrior, fighting valiantly for his land, overcoming great monsters and restoring harmony to the towns he passes through.

In another’s playthrough of the same game, Link can be a crazy man, harassing livestock and throwing pots at his neighbors’ heads.

In yet another, Link can be a daring master of combat, cheating death, sequence breaking, and not picking up any extra heart containers.

Growing ever more popular has been the practice of introducing instances of choice into the written narratives of games, allowing players to explore branching narrative strands. 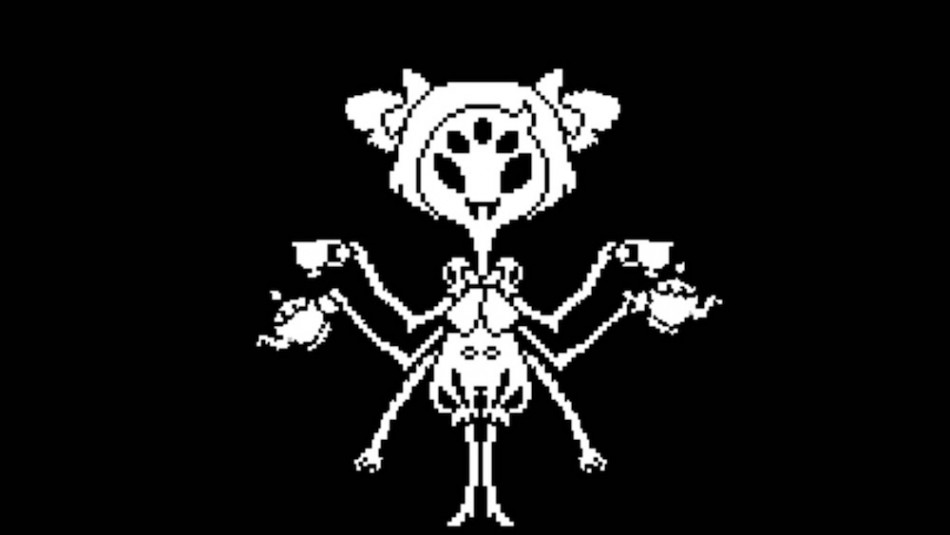 Seeing the choices made during gameplay have an actual effect on the world adds weight to the feeling of responsibility that players have to the characters and to the world, and it gives players interesting conversational points to discuss with real world friends who may be playing the same games in different ways.

For many players, though, multiple endings are just one more thing to collect, which unfortunately undercuts a lot of what makes these choices interesting and weighty.

The game incentivizes them to go back and play the game through again, reversing that choice to see how things would have turned out if they had made the opposite choice.

For some, seeing all of these endings is a part of seeing all of the game’s content, and not finding that ending would be like not watching one of the films on a double feature DVD or skipping a story in a short story anthology. They paid for the content, and they want to experience it fully.

If that’s the case, then these stories don’t truly “branch”. They are just longer stories. Stories that require rewatching the same content 80% of the way through before finding new content.

“Did your Commander Shepard save this planet from annihilation?”
“Yes! And then no. And then yes again. And then he didn’t bother finding that sidequest in the first place.”

In my experience, the most let-down I’ve been in feeling like my decisions mattered was in Zero Escape: Virtue’s Last Reward.

To be clear, I love the game, and I think it tells a very smart and exciting story, but its decision making mechanics totally undercut the power of those moments of choice.

The game’s narrative branches wildly depending on who players choose to ally with and betray through their playthroughs.

Ultimately, the actions that must be performed to achieve the game’s true ending are contingent upon having information learned from each of the game’s “bad” endings.

To expedite the process of achieving each ending without forcing players to play through portions of the game already cleared, the developers allowed players to skip back to any point on the branching story tree and make the alternate decision with an intuitive and easy-to-use menu.

The requirement that I would see both outcomes of every decision in the game fundamentally undercut the drama of those moments.

If I liked a character and didn’t want to betray her, I could put it off for the moment, but I knew that I would have to eventually. Every decision is meaningless if I know that I will have to reverse my choice later on.

That brings us to a more recent experiment: permanence.

Videogames are a fickle media. They can be easy to exploit. In the past, even decisions that developers wanted to be permanent could be undone.

Don’t like how a storyline turned out in Fallout 4? Reload an earlier save. In the very rare instances in which that doesn’t work, players are always aware that the game can be restarted from the very beginning of the game, at least.

Recently, though, developers have been taking some of these failsafes away. Accidentally attack a friendly NPC is Dark Souls? The game autosaved, and there is no way to undo it, save restarting the game completely.

Even that loophole of restarting the game is starting to be pushed back upon by developers. There is the occasional iOS game that advertises that players only get one try to beat the leaderboard high score.

After that one attempt, that particular iPhone or iPad is barred from ever playing it again, placing a great deal of emphasis on mastering the controls and reading the screen accurately the first time the game is played.

To a lesser degree, daily challenges in games like Spelunky and Hotline Miami can be attempted once and only once.
Sometimes choices or random dice rolls are tied to an account, such as the randomly-assigned race and sex of players in Rust being tied to players’ Steam accounts so that they cannot ‘re-roll’ if they are unhappy with their resulting character.

Ultimately, this permanence reflects real life, in which decisions cannot truly be undone. Making bad decisions can have lifelong consequences, and there is no way to go back and prevent mistakes from happening. 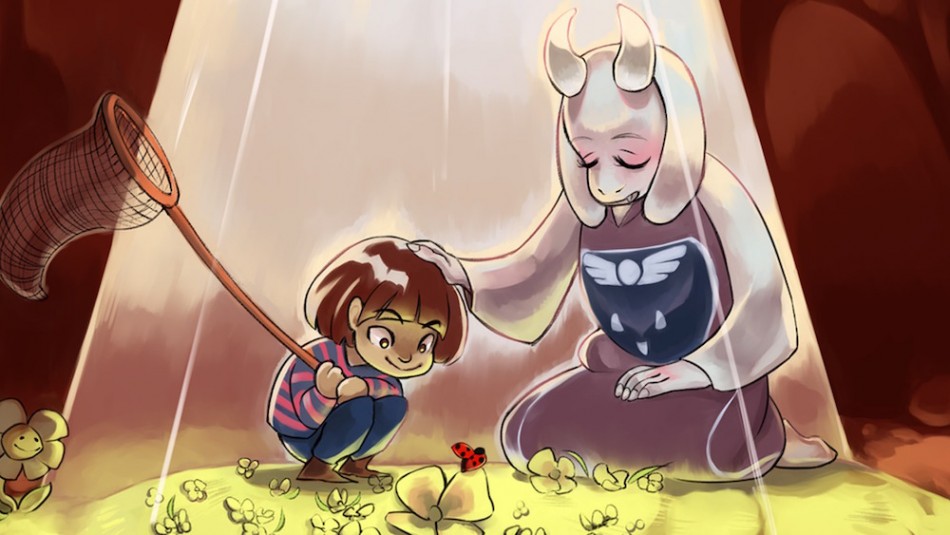 Enter Undertale; a game about a child who falls into an underground world inhabited by monsters, but (most of) these monsters do not wish to hurt the child. They just want to be loved and understood.

Though it is structured like a traditional JRPG (modeled very closely after Earthbound, in fact), players can make it through the entire game without killing anyone.

Alongside the combat mechanic is the ability to talk to or interact in a nonviolent fashion with any of the monsters during encounters. Astute players can resolve conflicts by reassuring monsters during times of insecurity or petting playful dogs rather than fighting them.

Naturally, almost all players get neutral endings after beating the game for the first time. There are a couple of instances in which the game leads players to believe that pacifism is not an option.

The game encourages players to play it through a second time and spare every character. Both of those endings achieved, an unwritten rule hangs over the heads of completionists: leave no stone unturned. It’s time for the genocide run.

The genocide run plays like a horror game. The player character becomes corrupt and frightening, the characters disappear from the game world, the music becomes discordant and twisted, and characters that players had great affection for during earlier playthroughs turn on the player character and become hostile.

The world becomes an ugly, frightening place due to the actions and choices of the player.

Genocide run finished. The player feels awful. Time for a pallet cleanser. Delete the old save file and begin again. But the game will not forget. The world is not the same as it was before. The player character is still evil, emotionally dead inside and manipulating the other characters. There is no way to erase the choices made before.

Is it ethically sound to irreparably ‘break’ a game that someone spent money on because of their gameplay decisions? It is like the common joke about the ultra-realistic war game that cracks the disc in half after the player’s first death?

In this case, I would argue that it is justifiable. Players do not just stumble upon Undertale’s genocide ending. It requires a very specific and difficult sequence of choices to be made.

Remember, this is more than just fighting every monster encountered; this is actively hunting down monsters until each area is devoid of life. The game warns the players multiple times not to go through with it. By the end of the game, the player knows exactly what he or she is doing.

Secondly, we live in an age of streaming and ‘Let’s Play’ videos. Undertale’s genocide run is meant to be a curiosity. Something, perhaps, better watched than participated in.

The permanent consequences of the playthrough make watching the genocide run more interesting, as well. It is as if the players are sacrificing the sanctity of their own game worlds to show off this strange curio to their viewers.

Lastly, it would be inconsistent within the fiction of the game to not perpetually “punish” the players for their wrongdoings.

Without giving too much away, Undertale works its saving/loading/restarting mechanics into its story in a very clever way, and it would be unfaithful to the game’s core conceit to not have these choices’ consequences be felt long after the playthrough has ended.

It brings up a much more interesting question about morality than the Mass Effect, Walking Dead, or inFAMOUS games ever have: Can evil actions ever be truly forgiven?

Can a player be held morally accountable for actions performed in a space that he or she thought could be undone?

Ultimately, does the ability to hit the Reset button lessen our attachment to the game worlds that we are playing within?