With that 16-piece Justice League jigsaw you got stuck on over the festive holidays, or pulling on your favourite jeans that must’ve shrunk in the wash (honest!), sometimes all you need is a little helping hand to make everything come together.

If you’re lucky enough to have old, newly-married Darren Gargette in your corner, he may well tell you that when Assault Android Cactus is giving you lemons, you should go right ahead and play as Lemon(ade).

So, there I am; frustrated at a fragmented picture of Superman and co that looks more like a Picasso than it should, and lamenting the pixie that tightened the top two buttons on my jeans.

As though that wasn’t bad enough, I just couldn’t escape the feeling that I was missing something. No, the pieces were all there (I counted them, 16), and I clearly wasn’t unsure where those few extra mince pies that no one could account for went. I was, however, missing something about Assault Android Cactus.

Despite an extensive, if not particularly storied, history with shooters of the twin-stick and bullet-hell varieties, I was feeling a bit out of my depth with Witch Beam’s twin-stick, bullet-hell shooter of last year. Managing enemy hordes, dodging bullets, watching weapon cool down, building a chain and keeping a keen eye on power-ups and that pesky battery charge meter seemed like an equation with one too many variables to solve; you know the ones, with all the exxes and whys and a disappointed look on your teacher’s face.

After an hour or so, I was resigned to writing “I DON’T KNOW, SORRY!” on the exam paper, throwing my chewing gum at the class swat, hopping out the window and skiving off for the rest of the day.

As I bit down on the now tasteless mass of Bubblemint gum one last time, I heard a tap at the window and wondered if I’d wandered into a John Hughes film. There was Darren, twinkle in his eye and Tweet paper aeroplane grasped tightly twixt his thumb and forefinger, prepared to deploy.

Whilst the expertly crafted digital origami vehicle wung its way towards me I caught myself thinking, ‘is this really going to hit me in the head?’, and then, ‘yep, guess so’. THUNK!

Well, I can’t say I shouldn’t have expected it, what with me authoring this ridiculously laboured 1980s high school cliché and all. Sore of head and bewildered of artificial scenario, I unfolded the aeronautical wonder to discover Darren’s words of wisdom: 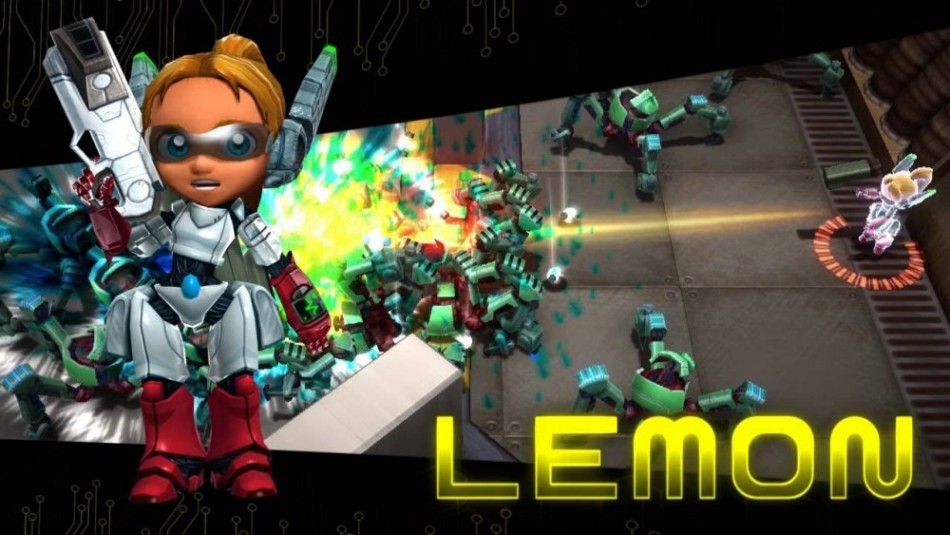 Ah, the point of all this! It’s probably not apparent to anyone unfamiliar with Assault Android Cactus why those four words might make any sense, let alone any difference, but I assure you, they did. It turns out that I have quite the habit of repeatedly banging my head against a game because I’m worried what’ll happen if I break my rhythm.

I’ve bounced off a fair few games at first, only to end up finding my groove on second or third time of asking.

Usually this is down to being overwhelmed by the world or atmosphere (BioShock, Dead Space, Demon’s Souls), but in the case of Assault Android Cactus it was more the mechanics that I couldn’t wrap my head around.

Darren’s words ringing in my ears and an acute pain in my head (the metaphorical wall persists), I steeled my resolve to glimpsing that exam paper one last time and, BEHOLD!, a Cactus miracle. The indecipherable became clear: if in doubt Spreadshot and Rockets will see you through.

The long and the short of it all is that sometimes, if I’m struggling to find my way with a game, I shouldn’t be afraid to try hitting my head to a different beat. You know, turn the jigsaw pieces around before trying to fit them in, or, failing that, just ask ol’ Gargles if he can finish the darned thing for me. Though I doubt he can do much about the mince pies.