Alienation is a slick top-down shoot’em-up (incorporating major elements of Diablo) from Housemarque, full of overwhelming hordes of aliens to panic fire at. But the real treat is at the end of each ammunition clip when it steals – and arguably improves upon – Gears of War’s active-reload. 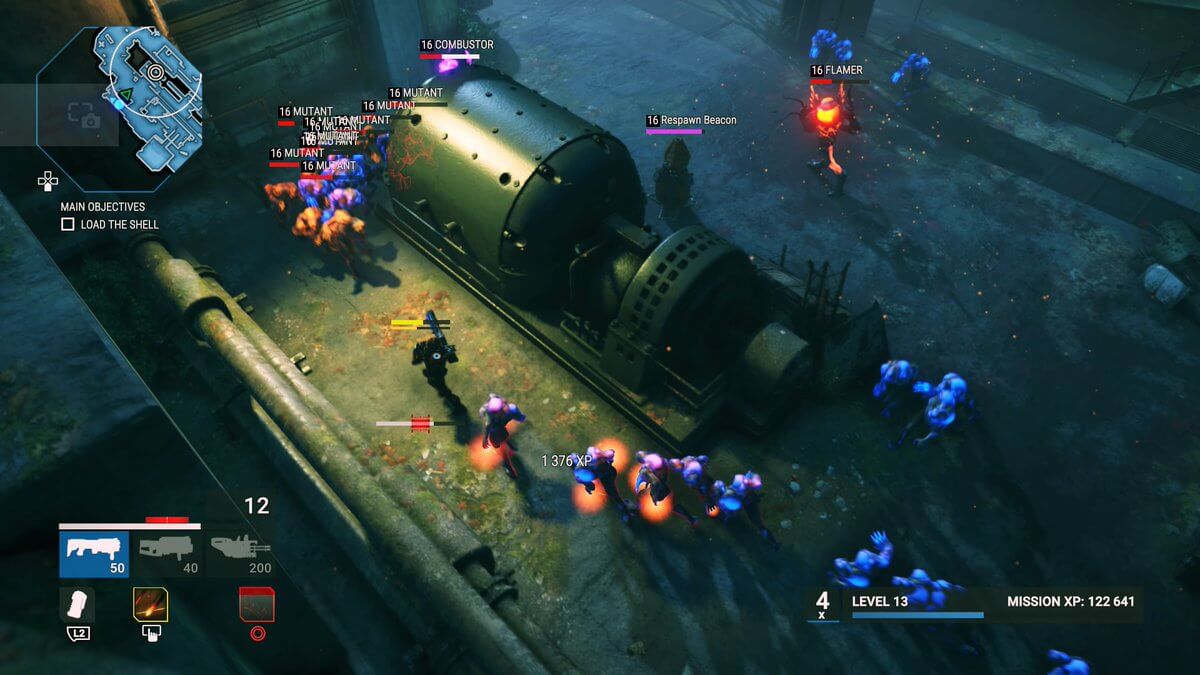 Active-reload was always Gears of War’s best feature for me. A mini timing challenge that added a little sting of risk and reward to reloading; succeed and you reload faster, go wrong and your gun would jam. Particularly brilliantly, if you time it perfectly you get a temporary damage boost- who cares that it makes no sense?

Performing an active-reload forces your eyes away from the battlefield. These moments of distraction allow you to be surprised when a fight shifts in the split-second you looked away.

Reloading in a shooter is arguably about vulnerability, forcing you on the defensive for just a moment. Gears of War accentuates that feeling by making reloading more than just a reflexive button press.

It’s not an unqualified success however. The feeling of vulnerability is a bit stymied when the consequences of jamming your gun are simply to hide behind a wall for a bit longer, and while having to concentrate on reloading can be distracting and make the battlefield feel more dynamic, this doesn’t happen particularly often or to a high degree.

Like one of Gears’ other trademark features, the roadie run, active-reload feels like a mechanic that was meant to capture the chaotic nature of a firefight but only gestures towards it. 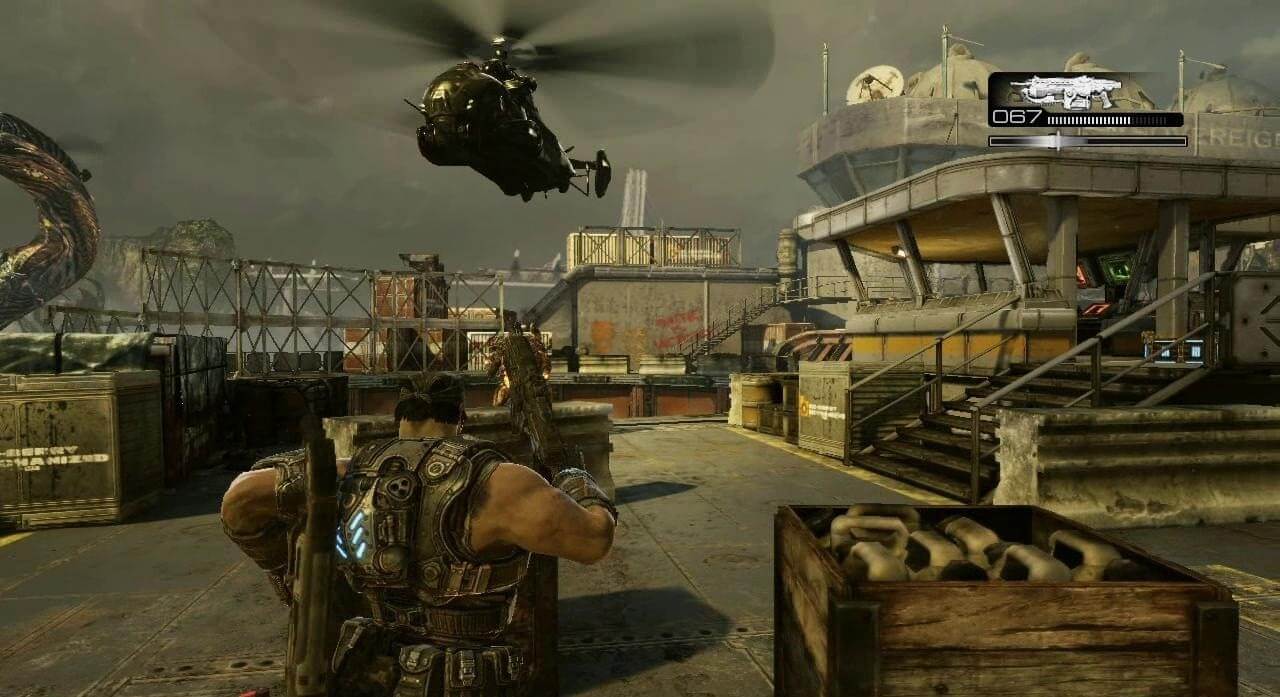 Gears’ active-reload has a symbiotic relationship with the cover system: the risk of a jammed gun encouraging you to take cover, and the cover giving you enough reprieve from enemy fire to focus on the hitting the active-reload just right.

The cover system gives space for the mechanic but also limits it. This is where Alienation succeeds: without a formal cover system, reloading in Alienation has to be juggled on top of keeping track of enemy movements and fire while also moving yourself. In that regard it perhaps more accurately captures the panicked fumbles that reloading in a firefight might actually entail.

It’s broader than just cover though; much of the success of active-reload in Alienation is because it’s a top-down (or at least viewed isometrically), twin-stick shoot’em-up.The perspective means that enemies can come from any direction and because you can only see as far as the edge of the screen you have to approach enemies to shoot them. The huge, aggressive swarms that typify enemies in top down shooters also heighten the vulnerability involved in reloading.

In this context active-reload is more consequential. Missing a reload in both Gears and Alienation has the same immediate consequence: it takes more time to reload. But while in Gears you can wait it out, that isn’t an option in Alienation.

Failing a reload ends up costing you one of your other resources; either health from being hit, space, as you’re forced to retreat, boost, so you can dash away, or one of your slowly recharging abilities. 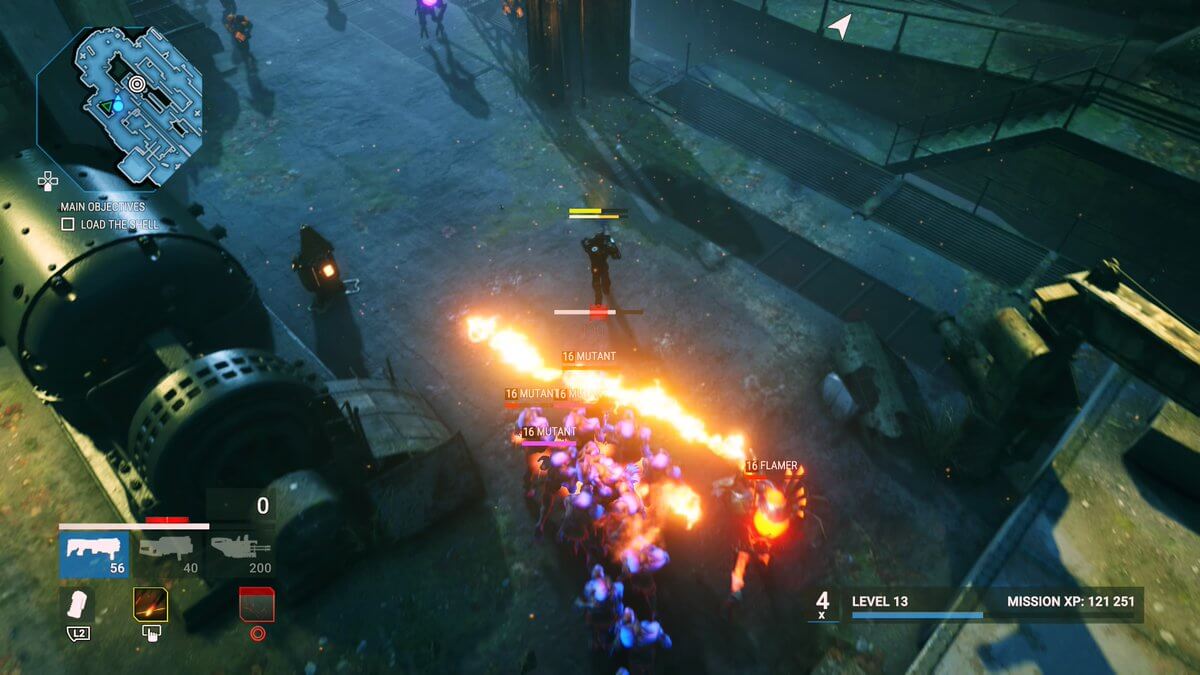 Knowing that your damage-per-second can be variable also ends up having implications for other decisions in the game, both in encounters and more broadly on things such as weapon and power choice. Suddenly the way you read and react to enemy encounters shifts as you deal with this extra task.

It’s hard to think of active-reload being invented outside of a cover-based shooter; an answer to the problem of how to make sitting behind a wall enjoyable. But what was a fun tweak on standard mechanic feels like a central pillar of Alienation’s gameplay loop, a wonderful rhythmic click between the splatter.

By recontextualising active-reload Alienation demonstrates not only the potential of that mechanic, but also more broadly a way that mechanics and genre conventions can interact and support each other.