One of the creakiest old clichés in any discussion of comic books is that superheroes are the modern equivalent to ancient mythologies.

DC Comics allude to a conscious ‘pantheon’ of their characters, and many medium mainstays, some as notable as Alan Moore and Grant Morrison, have drawn comparisons between specific superheroes and the deities of old.

We’re also finally getting to the point in comic book history where we can start really examining one of the defining elements of any real mythology – the way that the stories are changed as they are retold over time.

Actual mythological canons have vastly different versions of the same basic format of tale. New generations of storytellers re-purpose them for contemporary ages, remaking or iterating upon them for relevance.

This has similarly happened in the comic book industry. This is a field where characters will have new stories told about them monthly or even weekly for up to eighty years, curated into an ostensible single canon by editorial teams – usually from one corporate entity. In this continuous expansion and revision, the same patterns emerge.

For example, the earliest Superman was a socialist, created to take down petty crime and systemic corruption alike. Since then he’s been a champion for Cold War-era America, a psychedelic space adventurer; he even died briefly in the 90’s and was resurrected as a black-suited, mullet-haired surfer bro.

Batman has been everything from groovin’ 60s goofball to monochrome noir detective; snarling psychotic vigilante to swashbuckling adventurer.

Even a relative newcomer such as Marvel’s Daredevil has had his world change completely over the years.

His relationship to his career, his love-life and his ever-decreasingly-secret identity has evolved, first with the 24-hour news cycle, then the emergence of the social media age.

This also happens across mediums, where adaptation offers the chance for a broader reinvention. Christopher Nolan’s The Dark Knight trilogy re-frames Batman in terms of determined realism and 21st century urban decay. 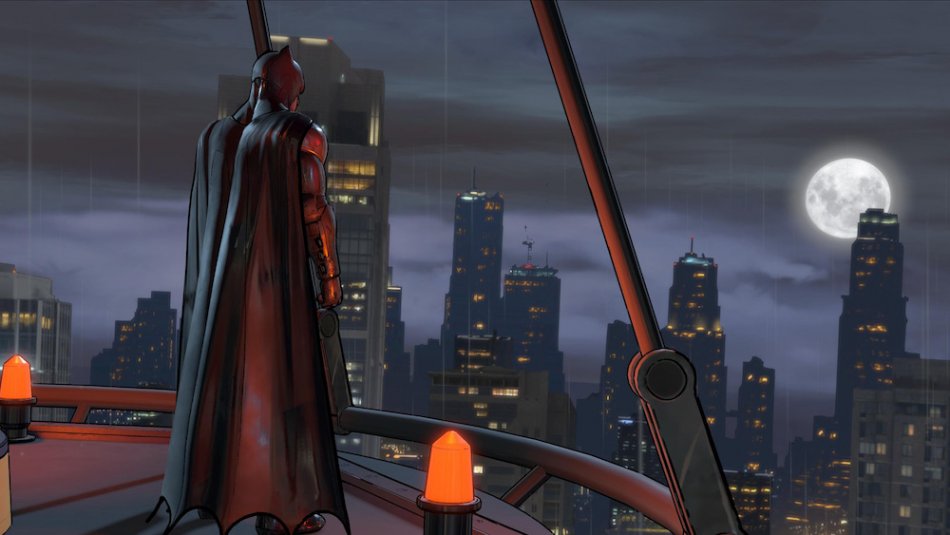 Telltale Games’ new episodic Batman game takes an equally ambitious approach. Starting some way into the first year of Batman’s career gives them the space to manoeuvre and try out new things, and they capitalise on this space in some really interesting ways.

Many of the elements of their stories do remain conventional; for instance, the standard post-Frank Miller starting point of Batman facing down gangsters, such as Carmine Falcone, shapes the first episode’s narrative.

However, they’re also investing in making significant changes within their own canon. Oswald Cobblepot, rather than rotund snob The Penguin, takes the form of a lean, mean childhood friend of Bruce’s, all resentment and revolution. Batman’s relationship with Catwoman, with all its shades of ethical and emotional complication, is struck off in this episode with an unusual degree of mutual logistical vulnerability.

Most importantly, Telltale make this first episode of their series very Bruce Wayne-focused, with the Batman sections limited to the beginning, an investigation scene in the middle and an explosive finale.

The contrast is striking; Bruce Wayne’s life is constrained and complicated in ways that ratchet up extraordinary tension and give weight to the player’s decisions. As Batman, by contrast, he can let loose without restraint or consequence beyond the moment. 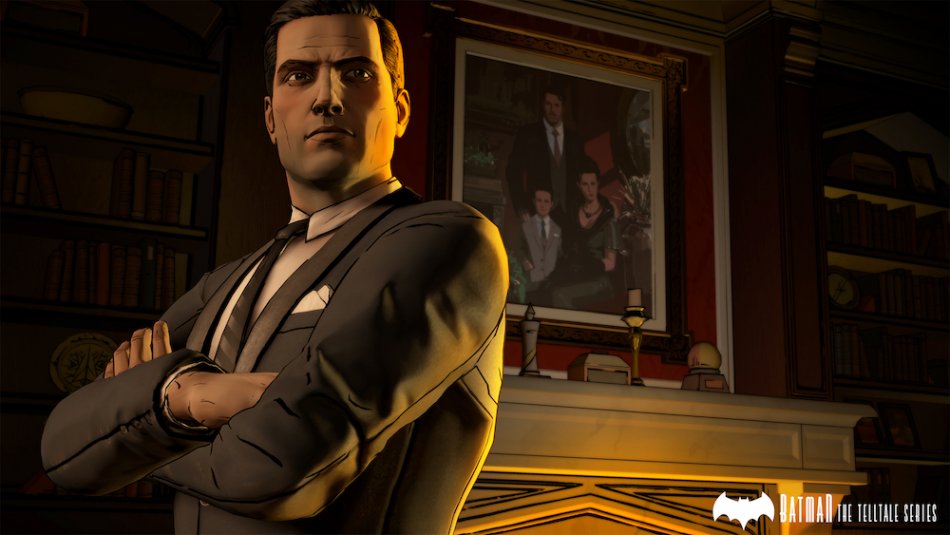 It’s a fascinating perspective on the dilemma of how the Batman identity and the Bruce Wayne identity relate to one another. This plot and character balance communicates the freedom that comes with putting on the mask, leaving behind the Wayne legacy and the expectations that come with it.

The Batman of episode one is definitely primarily rooted in Bruce Wayne – conscious of his place in the world, riddled with post-traumatic stress disorder, and a bit of a snob – and the Batman is a place Bruce Wayne escapes to.

It’s an excellent integration of plotting and characterisation, communicated through structure and play.
This strength doesn’t always carry over to the dialogue, however.

Conversations are often stilted and characters appear to be talking past one another without any relation to what the other person just said. It’s frustrating to listen to and it makes many of the interpersonal relationships in the game ring hollow.

Alfred suffers particularly – apparently the one thing Telltale took away about him from ‘The Dark Knight’ is the portentous monologuing to Bruce, because they never miss an opportunity for him to do so here and it is never well written enough to justify itself. The big-picture writing all sticks the landing but the script crumbles on this smaller scale.

The Batman sections also get the unique gameplay sequences – a genuinely grisly crime scene investigation and a sequence where you plan and then execute an assault on Carmine Falcone’s apartment. Both of these gameplay systems are unfortunately pretty limited, with obviously optimal paths, and they don’t feel fully fleshed out at all.

The standard Telltale game engine is clearly straining to accommodate these jury-rigged systems, and while it’s nice to have them for the sake of variety, they’re nowhere near ready for the inevitable comparisons to Rocksteady’s Arkham trilogy.

Detective mode is certainly closer to where it needs to be – it’s thematic enough that Telltale can play more to their narrative strengths – but both of these segments make this Batman seem rather threadbare.

The traditional Telltale parts – the tense, time-limited conversational decision-making and split-second reaction tests – are much stronger. When it comes down to those agonizing decisions, episode one of Telltale’s Batman draws the player in with the company’s signature ease.

It seems like a long time ago that The Walking Dead was gaming’s great dark horse, topping end-of-year lists, but five years later the techniques Telltale honed for that release still maintain their potency, even though the surprise is gone.

Episode one of Telltale’s Batman has its definite weaknesses, mostly in the places where it ventures outside its comfort zone, but it still sets up the groundwork for what could be a fresh, interesting and dynamic take on the classic Batman mythology.

I hope they find some way to stretch the gameplay to give it more range and depth, because I’m looking forward to something solid to support a really compelling take on the fictional universe I know and love.