Why is Batman a sympathetic character?

It’s a weird question when you really think about it. His motivations are clear, but the actions they lead to are bizarre by their very nature. Why is he more than just a man who channels his immense riches, pathological dedication and deep psychic wounds into beating up his rogue’s gallery of mob bosses, petty crooks and super-powered psychopaths?

The answers have always varied.

The justification for who Batman is and why he does what he does, started off in a way that doesn’t really work for 21st Century readers: that crime is just a choice made by an individual; that if you punch that individual really hard, they might stop making that choice; and that if you’re going to punch a criminal really hard, you might as well dress like a bat to do it. He was an archetypical hero in a medium which allowed for those sorts of characters.

In the modern age, however, older readers and ambitious writers try to take on more nuanced characterisations. They try to ask the bigger questions, taking the mythic scope of the Batman idea and applying it to reality. 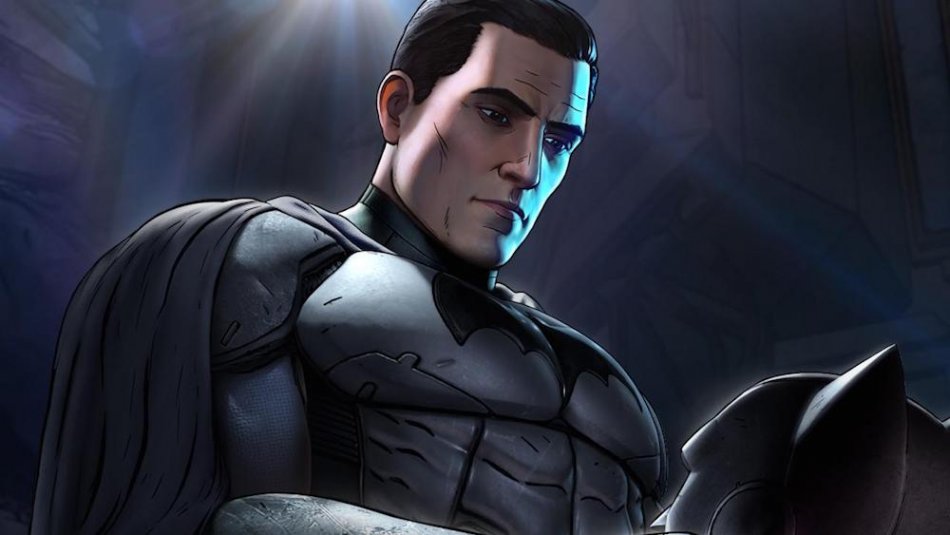 They ask how Batman and Bruce Wayne relate to one another, what Batman hopes to achieve by physically fighting criminals night after night, how he views power and conflict, whether the supervillains rise in Gotham as a response to Batman or apart from him, how he interacts with the “Bat-family” and ultimately whether he’s really helping Gotham.

Batman is ambiguous enough that any of these threads can be expanded into an interpretation of the character. The writers can always explore a different characterisation later, because the character is already a mass of theatrical contradictions. He’s a man who doesn’t make a lick of sense at the best of times, and everyone just rolls with it anyway.

Instead we negotiate storytelling compromises, in order to allow for the fact that Batman is cool, and that we want to be able to tell stories about him. We want adventure, we want mystery, and we certainly won’t turn our noses up at some thematic resonance and complex characterisation. This is even if from the wrong angle you can see that all that good stuff is actually held together mostly with chewing gum and bits of old twine.

One of the things that we’ve negotiated is that by the logic of the stories, Batman is an acceptable vigilante because he’s guided by an instinct for right and wrong honed through his confrontation with the death of his parents. It’s a singular injustice that gives him a transcendent clarity and an infallible understanding of justice.

His parents – city-transforming philanthropists – were good, and what happened to them was bad. From there a morality which justifies even the use of brutal force can be extrapolated, or so goes the argument. As Bruce Wayne, he works to fight the systemic problems in Gotham, and as Batman, he punches the faces of criminals who need face-punching.

In light of this, the best move made in Batman: The Telltale Series is to give us a very different Bruce Wayne – one whose justifications for retaining the Batman identity are ever-increasingly undermined.

Always on the back foot, always ethically compromised to a lesser or greater degree –this is a story about Bruce Wayne’s double life, where by necessity he is always telling at least one lie that he cannot under any circumstances come clean about.

This immediately puts someone playing as Bruce Wayne in a position where they’re deciding what lies to commit to, gambling on whether they’ll be able to back those lies up when the chips are down and their bluff gets called.

More importantly, this is a Batman who is denied moral certainty on the terms Batman stories have previously negotiated from themselves. Every decision the player makes as Bruce Wayne or Batman is a genuine moral choice, where you set and reset what Batman’s limits are, and the place he carves out for himself as a result. 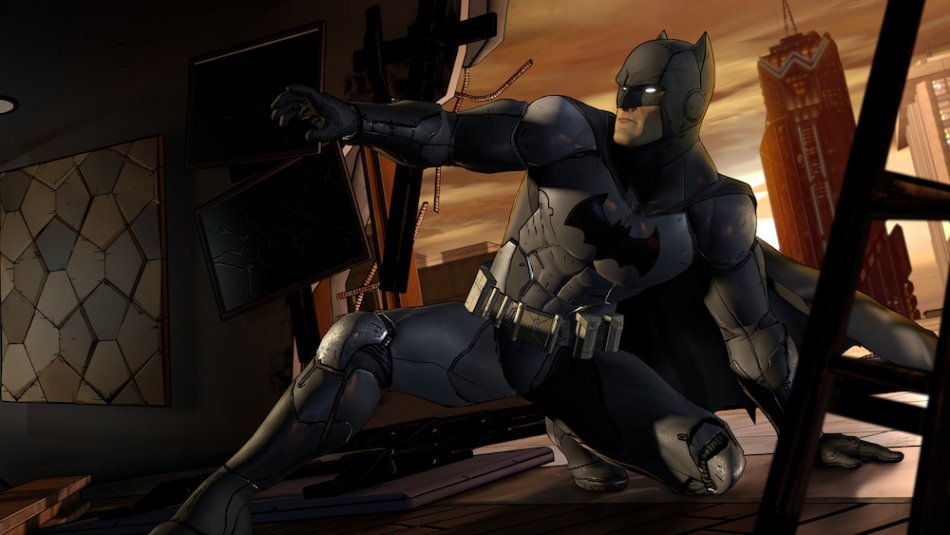 I ended up playing a Batman who heavily emphasised honest connection with other people and non-violent confrontation. By the end of the story, my Bruce Wayne came off as too emotionally healthy to support the Batman persona at all, which made a genuinely unique story for the character. At the same time, there’s every opportunity to play the Batman as a cold sociopath, and Bruce Wayne as an extension of his darker half, lost in pain and fury.

These characterisations are drawn out by a Batman story that pushes a young, uncertain Batman to his limits in a Gotham City unbound by existing canon. The shadowy figure at the head of the Children of Arkham is a wonderful, nuanced villain, at once a dark mirror to Batman, a devious and intimidating foe, and a lost soul Batman might somehow be able to save from themselves.

I found the plot Telltale weaves together genuinely compelling; a deadly, deeply personal chess match between two truly wounded individuals who mirror each other in many ways.

As I mentioned in my previous review of Episode 1, the new renditions of the classic characters are also distinctive and interesting. We meet a nuanced, tragic take on a Harvey Dent whose drive for power ultimately tears him apart, a Selina Kyle who always stands just out of reach but still dares Bruce to make a grab for her at every turn, a raucous, anarchic Penguin and a disarming, chilling “John Doe”. Even Alfred becomes truly endearing and intriguing, once he’s past Episode One’s sub-Caine speechifying.

The writing still falters on a line-by-line script basis every so often, and the animations are always stiff and cheap, which causes some characterisation to fall flat. In particular, it takes a while for Batman and Catwoman to sell the sexual frisson the story demands of them, purely because their dialogue and body language only vaguely moves in the direction it clearly needs to go in. 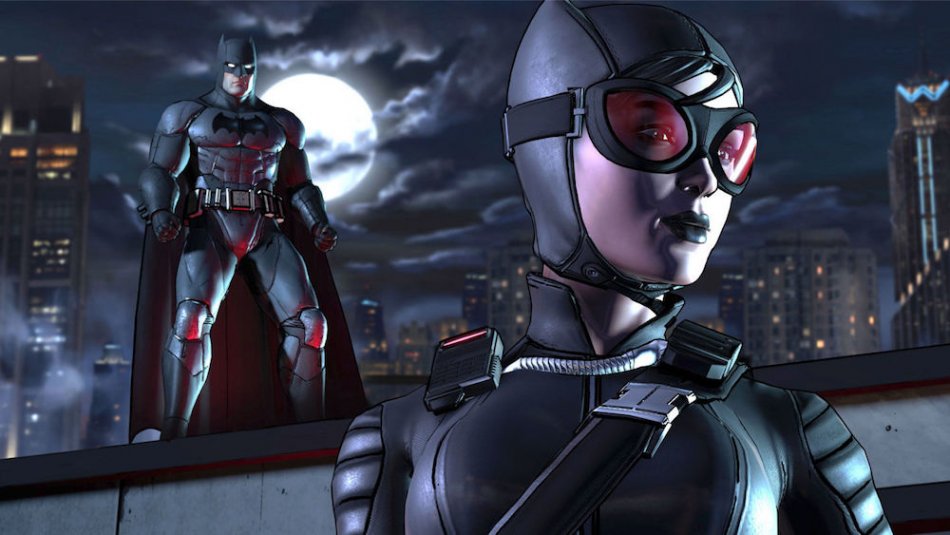 This gives the characters room to develop and become familiar. However, I also found that it also made the sudden screeching demand for player interaction where it does come seem abrupt and disconnected, and prevented the world from feeling like a place my character inhabits.

It’s an uneasy configuration of the Telltale model, where the user is mostly extremely passive or extremely active, without many more “traditional” adventure game sections.

Sections of environmental exploration or low-intensity interaction in games like this aren’t just filler, they’re important for building pacing and providing a gradient to modulate player engagement. Telltale’s Batman has diverting, if trivial, crime scene investigation scenes and the occasional exploratory adventure game section, but they’re few and far between, and only the former is particularly involving.

The elements of gameplay which the designers properly invested in, however – the action scenes and the conversational sequences – are among the best of the Telltale oeuvre. The fight scenes, with their heavily choreographed Quick-Time Events, flow wonderfully, the button presses always feeling direct and tactile in relation to the action unfolding on-screen.

Meanwhile, through the conversations and plot dividing points, the game’s writers manage to constantly pin the characters into precarious negotiations of power and high-stakes navigations of other people’s emotional needs, in ways that feel natural and compelling. They pressure you into revealing what your idea of heroism is, what your vision for the world Batman’s actions create is.

This is where the game really sings; where the Arkham games make you feel like Batman, Telltale’s Batman allows you to decide who Batman is. Its bold reinvention of the Batman canon keeps even long-time Batman nerds on the back-foot, never allowing you to rely on knowledge of the comics as a crutch. There’s only you, and the power you wield, and the duty of balancing force and moderation in doing so.

More than any other incarnation of the character, this Batman is forced to be his own man. This Batman is a product of his immediate decisions, and of the way the city around him reflects those decisions back on him. Telltale take this narrative thread and run with it, creating one of the best ever Batman videogames.

I’m looking forward to playing through it again.