Major spoilers for Tacoma and minor spoilers for Night in the Woods follow in Jacob Geller’s look at the employee’s sometimes unenviable lot – both inside and outside of videogames.

In January of 2009, a truck driver named Alphonse Maddin got stuck on the side of the road. He called for help, and then sat in his truck for hours in the -25 °C winter. Although his body went numb and his speech began to slur, Maddin managed to escape an icy demise. Because the thing was, he wasn’t really stuck.

Maddin was hauling freight for a company in Kansas, and the brakes on his trailer froze. Not the cab (the drivable part of the truck), but the back, the part with all the profitable wares the company wanted him to ship. Company policy: never abandon a trailer. So he sat there in inhuman temperatures waiting for the company to send a rescue truck. When it didn’t come, Maddin chose not freezing to death over sticking with the broken-down shipment. In response, his employer fired him.

I read on the Internet baby face boy billionaire

More than my whole world ever has

These lines are snarled by Selmers, a black bear in the anthropomorphized world of 2017’s Night in the Woods. The game is about Mae, a 20-year-old college dropout who returns to her hometown of Possum Springs, and her feelings of purposelessness and alienation are mirrored by the town as a whole. What was once a mining hub, has been largely abandoned by major industry. Everyone still living in Possum Springs is stuck, trapped by retail jobs with low wages and the psychological weight of leaving the only place they’ve ever lived.

Like many towns across America, Possum Springs seems discarded by the companies that once reaped its benefits. The mine, the glass factory, the big box store outside of town; each of these places squeezed every last drop of profit out of the residents of the community and left them to fend for themselves. 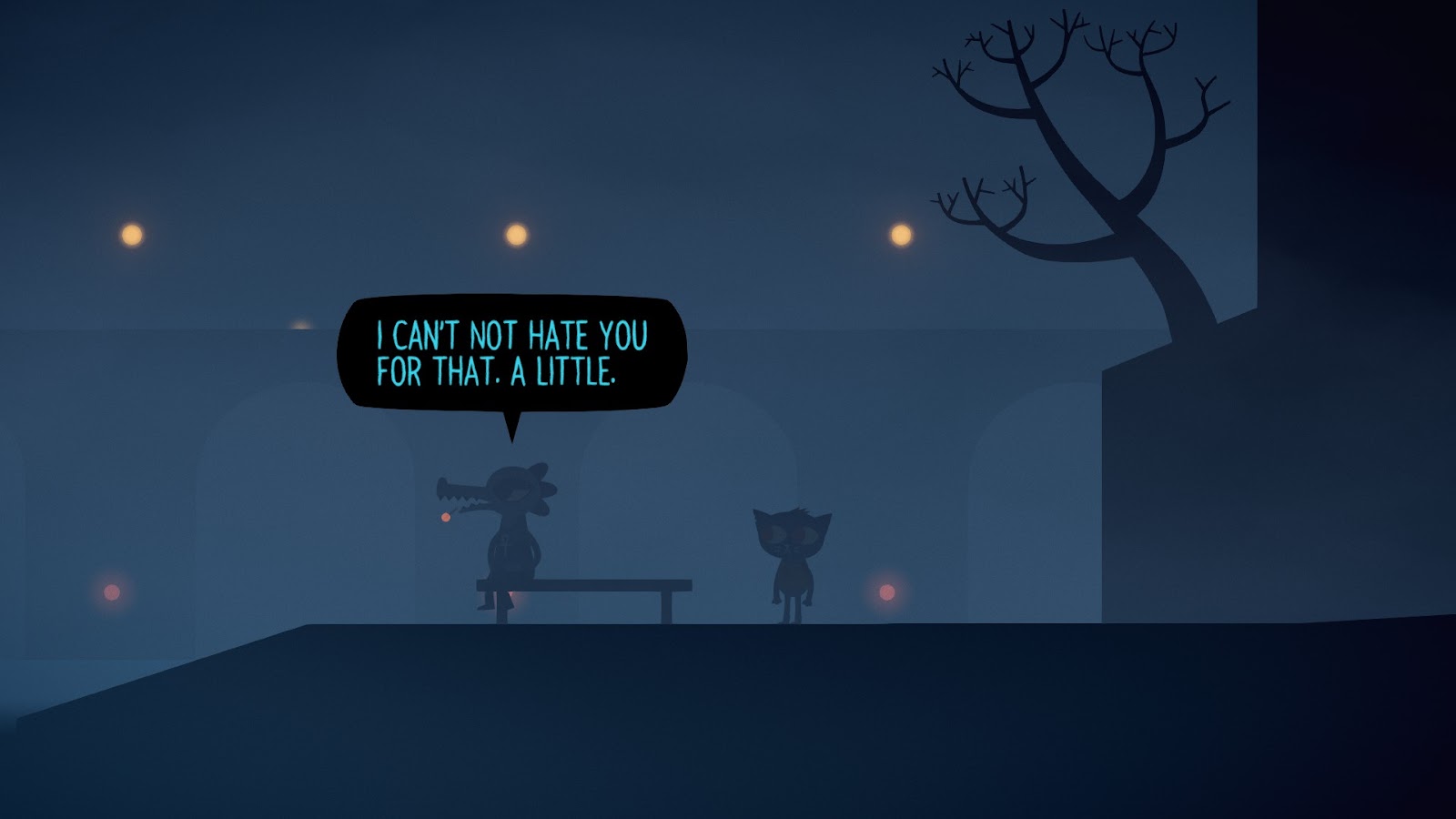 In Possum Springs, every depiction of employment is exploitative and/or soul-crushing. Mae’s friends work in snack huts and video rental stores and constantly worry about upcoming bills. Her dad worked many jobs in the past few decades, but has most recently landed in a grocery store. He hates it.

Jobs in videogames always come with a catch. Most frequently, that catch is “crunch.” Crunch is an almost-cute term, the sound of stepping on a leaf or biting a crisp apple. In the games industry, “crunch” also means 80-hour work weeks and months of lost sleep.

Crunch is often represented by PR as the ultimate expression of love by a team; the developers are so passionate about the game that these insane hours are an inevitability. If an individual developer can’t handle it, the narrative goes, maybe they’re just not cut out for the games industry. Dozens of starving 20-year-olds would forego sleep and benefits to replace them.

Similarly, individual developers are frequently treated like short-term contractors by their employers. Each year brings more horror stories of studios releasing a big game and immediately laying off half of its staff. Making videogames is a dream job for entire generations of kids entering the workforce. The more desirable the position, the less a company has to promise to attract workers. Exploitation doesn’t always look like a freezing truck.

Just days ago at the time of writing, Telltale games laid off virtually all of its workforce. The employees were given no prior warning and no severance package. The situation, as described by @_mlktea on twitter:

Everyone is a contractor in 2017’s Tacoma. Despite the fact that all the characters are living on a spaceship and performing highly technical and demanding tasks, none of them have any job security. Venturis, the spaceship’s owner, won’t fire the crew; their contracts simply won’t be picked up for another term. The proceedings are more polite, but the unemployment is the same.

The fact that the crew is aboard the spaceship at all is a result of hard-fought victories by organized labor. Early on, all the workers celebrate “Obsolescence Day.” The ironically named, union-mandated holiday is a reminder of a decade earlier when AI was supposed to replace all labor on the ships. Instead, a union campaign resisted total automation; instead, the crew has the “privilege” of sharing the ship with an all-seeing computer that records their every move. 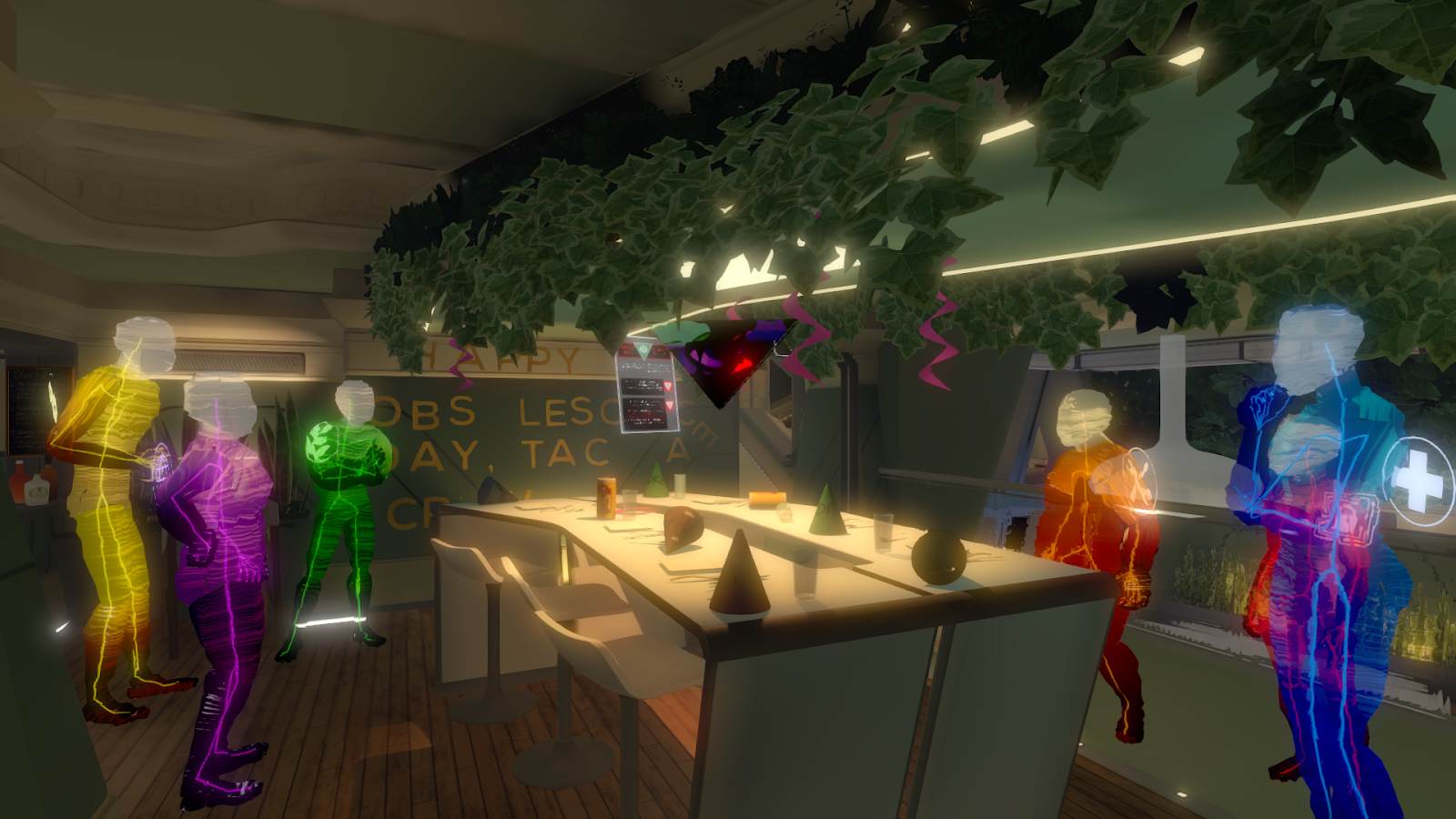 When an accident knocks out oxygen and communications on the ship, Venturis encourages the crew to enter cryogenic slumber and preserve their remaining air. Although 72 hours in cryostasis could cause brain damage, the company policy assures everyone that they will be rescued before then.

As it turns out, no such rescue is coming. In a forbidden part of the ship, a character uncovers a previously-recorded message: a statement by the company announcing the death of herself and the rest of the crew.

“If only tragedies like this were avoidable– but in truth, they are. As we know, each minute that human workers spend stationed, isolated in orbit, is another opportunity for heroes like the crew of Tacoma to lose their lives… Today we hereby renew our solemn pledge to fight for the legalization of fully automated orbital facilities. We encourage– we humbly beg everyone listening to this message to contact their OCEP representative and voice their support, in honor of the crew of Tacoma.”

The ship’s system failures were no accident. Venturis’ plan from the start was to literally freeze the workers out, using public sympathy baseless accusations and human error to push through their anti-union labor bill. Fully AI-driven stations, without workers who need food, pay, and rest, would soon follow. If the crew had simply followed orders and stayed in the cab with the cargo, entered cryogenic slumber, and never woken up, Venturis would never have needed to allow another Obsolescence Day celebration.

Tacoma’s corporate schemes, only as dystopian as the policies of a trucking company in Kansas, actually implies an optimistic future. Unions exist in Tacoma’s 2088, and they’re powerful enough that companies must find sneaky ways to sway public opinion. Meanwhile, in our 2018, efforts at labor organization are often at the mercy of upper management. Resident billionaire/edgelord Elon Musk is infamous for thwarting unionization attempts in his Tesla facilities. Amazon works its employees until they collapse from heat exhaustion and then pay for ambulances instead of allowing breaks. And yet, the idealized sci-fi futurism these megacorps are selling is intoxicating. The wealthiest 0.1% have effectively captured the public imagination; worker protests are seen as impeding progress, rather than ensuring it. 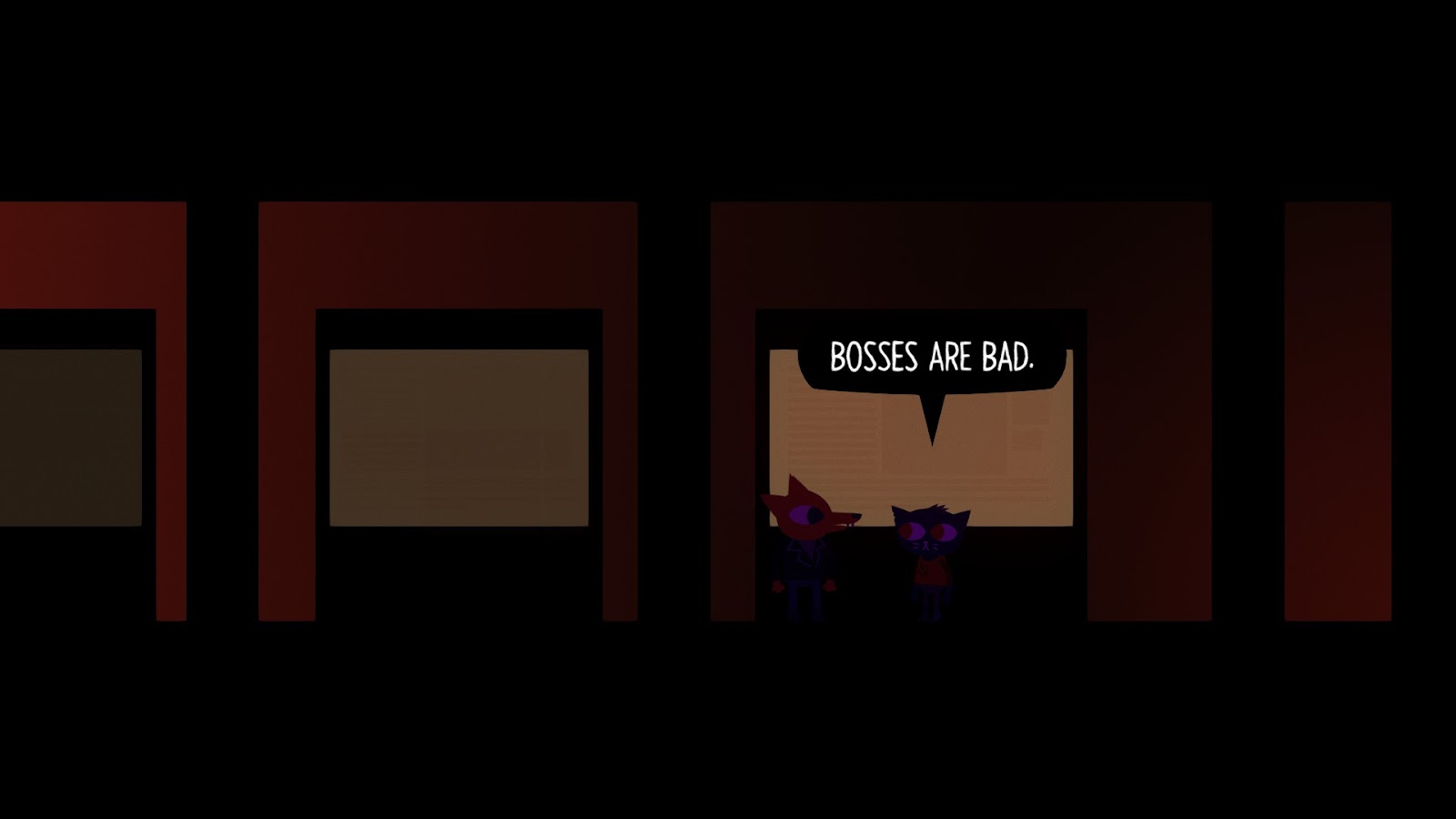 My home state, North Carolina, is a ‘right-to-work’ state, meaning that organized labor has essentially been legislated out of existence. What’s more, any discussion of unionization is almost non-existent. When I was a kid, I knew my teachers barely made enough to make ends meet, but I thought of it as one of those nebulous ‘bads’ that could maybe be righted if a smarter person got voted into office. Completely absent from the conversation was any acknowledgement that every state that treated teachers better featured strong unions that demanded, not requested, a living wage.

I share shifts at a restaurant with a full-time teacher who waits tables to make ends meet. The same restaurant recently fired an employee who was not-so-subtly attempting to organize the staff. Sure, Tacoma’s corporation tried to kill its employees, but it did so because those employees held power. The fact that workers haven’t been totally overpowered in the far future almost feels more fantastical than space cruises.

Early on in Night in the Woods, you find a tooth of a mining boss in a long-forgotten drawer. In 1870, this man was skimming pay from the miners. When confronted about it, he lashed out, berating them and punching one in the jaw. In response, the workers held him down and pulled out all of his teeth. The teeth were passed out to miners as a signifier of their shared vow: protect each other and never forget their shared interests.

The tooth is a reminder that workers, not managers or CEOs, should control the products of their labor. But it’s also a relic, a mystical totem that’s lost most of the power it once had. Once, the workers were able to seize power through direct, physical means. Although no one can perform dental surgery on the changing economy that left Possum Springs behind, it’s clear that the characters in Night in the Woods need to find a way to harness their collective value moving forward. 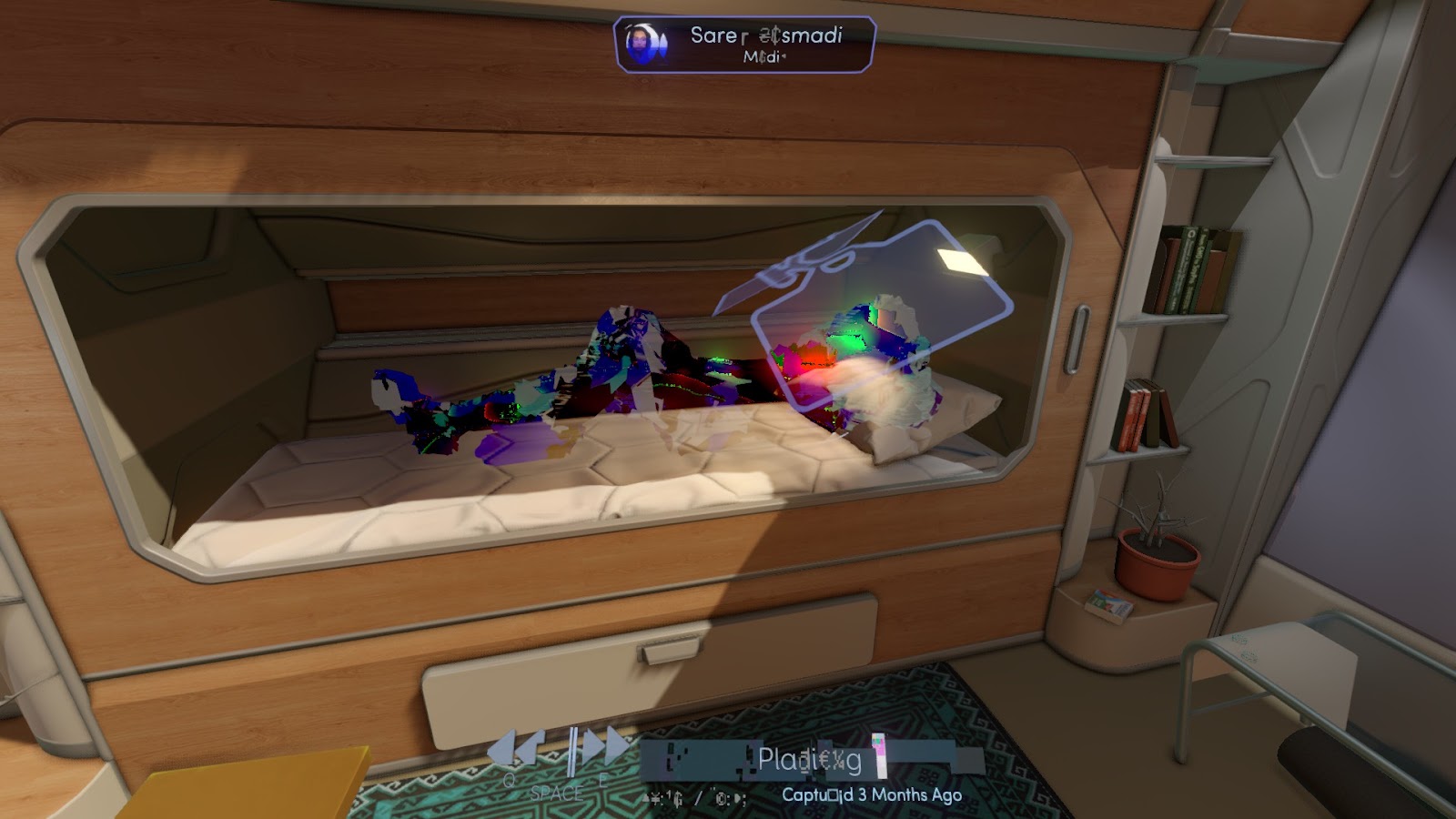 Obviously, no one at Telltale wanted the studio to go under, but there were people who knew it was coming. The level of mismanagement and lack of concern for workers required to hire new people days before going bankrupt is mind-boggling. Among many lessons to learn from Telltale’s bankruptcy, one stands tall. You cannot rely on your boss to have your best interests at heart. If you don’t demand otherwise, you will be exploited.

Game developers and journalists are pushing for increased recognition of unhealthy working conditions in the industry; Waypoint’s interrogation of a dozen developers on crunch shows a wide range of both acknowledgement and denial. Game Workers Unite! is a fresh attempt at horizontal organization across the field, stating that they will “empower the voices of workers” and side with them in disputes with managers and business owners. And because art is fundamentally a method of expression, these same conversations can’t help but manifest within games themselves.

Neither Tacoma nor Night in the Woods present as games about labor. Sci-fi thrillers and platformers have existed for decades in gaming, frequently happy to let players blast aliens or collect lost treasure without a care in the world. But increased visibility and solidarity throughout the industry has made these issues unavoidable. The games industry has found itself at a crossroads. It can confront these issues, tackle them head-on and hopefully re-emerge with a sustainable, healthy ecosystem. Or it can let itself freeze with the cargo. 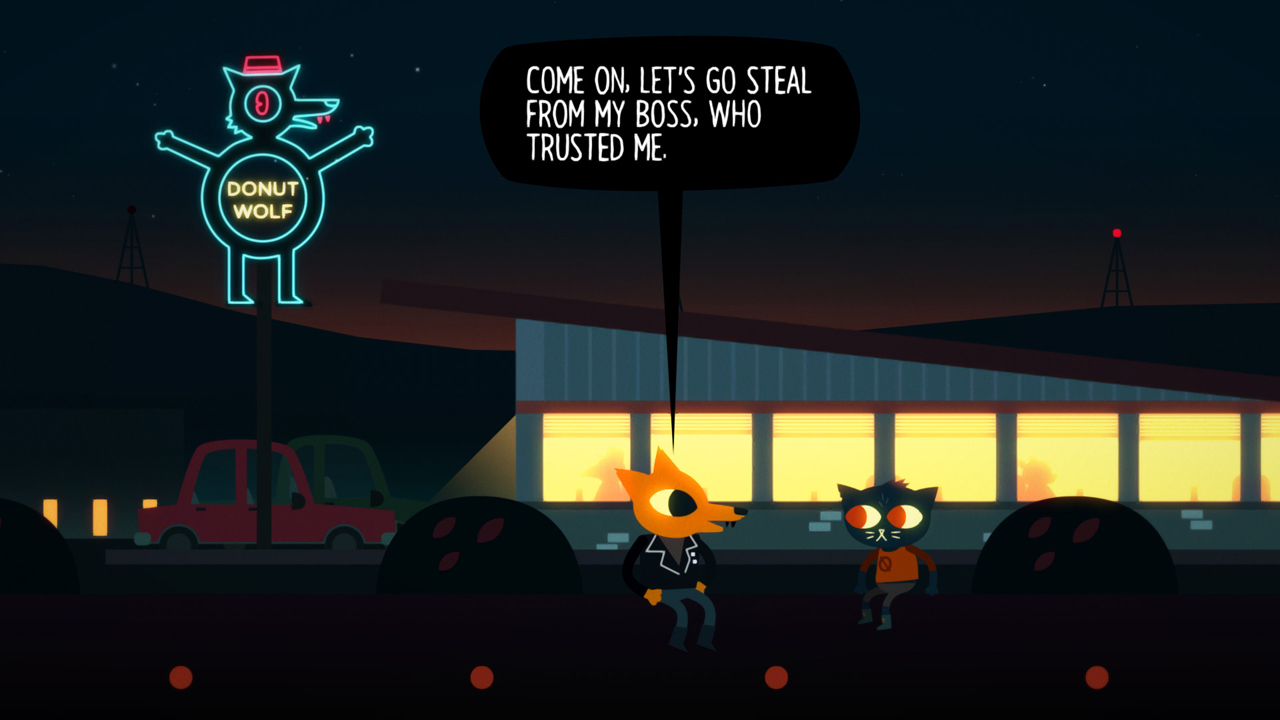 Jacob Geller is down to hear your best pro-labor chants, and can be reached on his twitter @yacobg42

Any cookies that may not be particularly necessary for the website to function and is used specifically to collect user personal data via analytics, ads, other embedded contents are termed as non-necessary cookies. It is mandatory to procure user consent prior to running these cookies on your website.

Performance cookies are used to understand and analyze the key performance indexes of the website which helps in delivering a better user experience for the visitors.

Analytical cookies are used to understand how visitors interact with the website. These cookies help provide information on metrics the number of visitors, bounce rate, traffic source, etc.

Advertisement cookies are used to provide visitors with relevant ads and marketing campaigns. These cookies track visitors across websites and collect information to provide customized ads.

Other uncategorized cookies are those that are being analyzed and have not been classified into a category as yet.