Control opens with Jesse Faden entering the Federal Bureau of Control (FBC), a mysterious organization that she has a long history with. Her connection to this organization is significant, but the player is not quite sure why. Jesse’s family was taken from her and her only clues about what happened have led her to this organization. She enters hoping for answers, clarity, and closure.

Jesse’s journey is one that is familiar to us as fans of games. While Remedy Studios does a phenomenal job of making the experience of Control wholly unique, a story of a hero seeking answers about a mysterious past is nothing that the average gamer hasn’t experienced before. As I settled into my time with Control, this hero’s journey took a bit of a back seat as a more meaningful personal connection started to blossom.

When I was 4 years old, my mother was diagnosed with Multiple Sclerosis (MS), a degenerative disease of the brain and spinal cord. Essentially, an oversimplification of this disease is to say that your brain has trouble communicating with the rest of your body. This can cause significant long-term effects including, but not limited to, losing the ability to walk.

My mother’s experience with MS has not been totally debilitating; instead, she faces daily challenges for many of the quick movements the rest of us take for granted. Thanks to her own effort and progressive medicine, she has retained her ability to walk, using a cane or walker for short distances and a wheelchair for longer ones. When I was a kid, this all seemed normal to me. It wasn’t good. It wasn’t bad. It just was. It was the state of things. I never felt like it negatively impacted my childhood, and I certainly never thought it impacted my mother’s ability to provide for us.

In the early hours of Control, Jesse is frustrated and angry at what the FBC represents and what it has taken from her. Her brother was taken in the middle of the night by men in black suits, her entire town decimated, family lost, etc. In her progression through The Oldest House, which serves as FBC headquarters, she finds several powers and weapons which make her a force to be reckoned with. She becomes more confident with each new ability she gains; she is emboldened and resolute in her purpose. 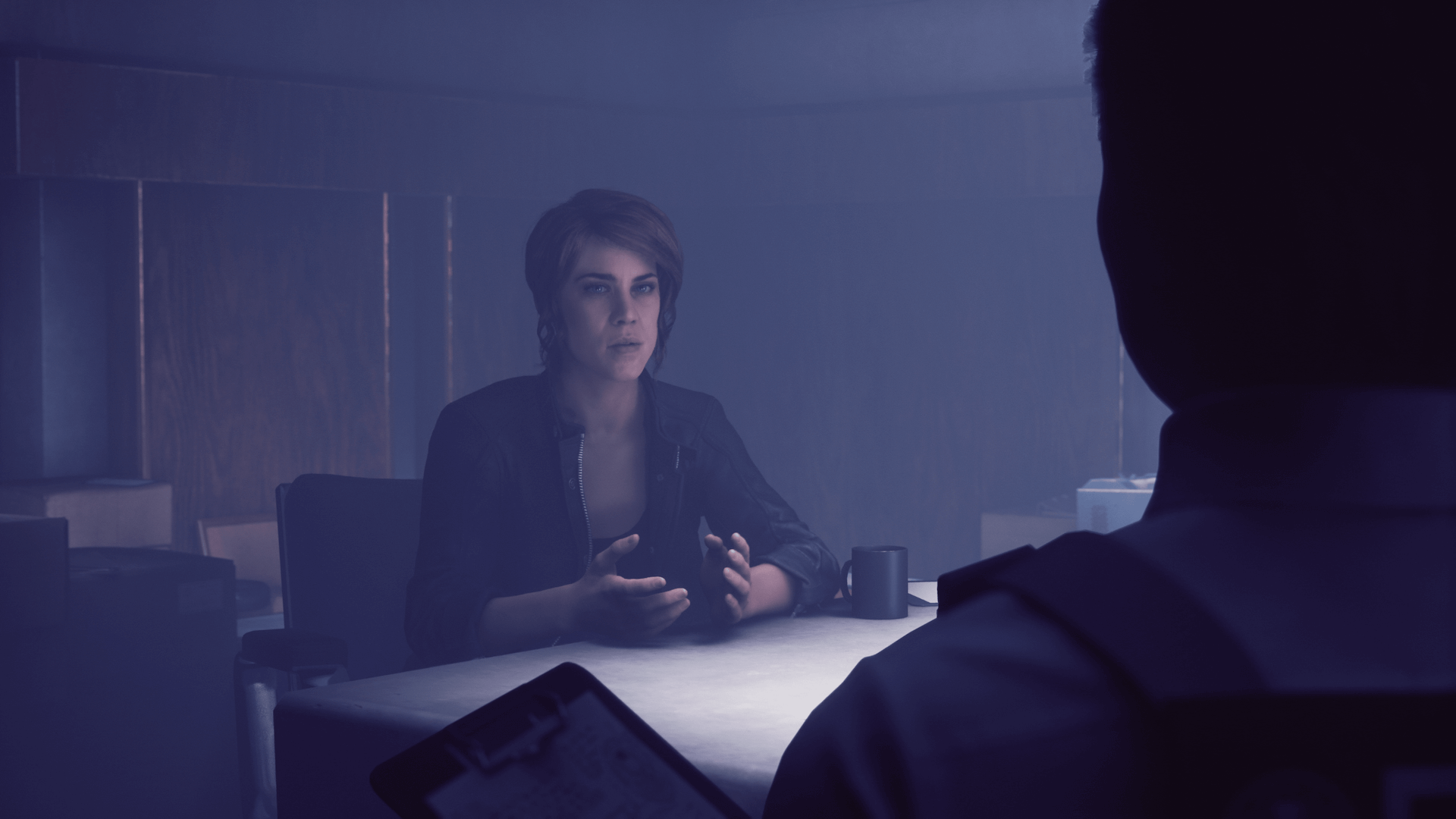 Jesse’s initial struggle and anger with the FBC struck a chord with me and got me thinking about my mother. As a mother of two young children, it must have been devastating to get that diagnosis. To think, will I be able to run and play with my children?  Will I get to see them grow? Will I be physically able to provide for them? For Jesse Faden, the FBC represented all that she had lost and had potentially missed out on. For my mother, MS must have felt just about the same.

As the narrative in Control progresses, Jesse starts to use the FBC and the Oldest House to increase her power. As she navigates the inner workings of the system she has resented for so long, she starts to make it her own, reworking her fears and insecurities into the things that give her strength. The FBC, the organization she has viewed as the entity that has deprived her of a life, starts to offer her a new sense of purpose. At one particularly powerful moment of the game, Jesse goes as far as to say that she ‘loves’ the new ‘her’ that has blossomed under the FBC.

I don’t believe that I ever heard my mother say that she loved having MS. In fact, I have heard her on several occasions state quite the opposite. Yet, as her son, I saw the power she gained from her condition. She consistently inspired two sons, showing us that there is no hurdle that can’t be cleared with determination and effort.

My mother was a constant presence at all of our various school events, braving all of the environmental inconveniences in order to show her support. From an early age we would push our mother in her wheelchair when we went to bigger places like the mall or on trips where we would be walking long distances. Only later in life would I learn that my mother was afraid we’d be embarrassed by this as if having a mother in a wheelchair would somehow make us resent her or feel limited in what we could do. The reality was the polar opposite. My brother and I have discussed many times over the years how our mother’s insistence on going places and doing things that were objectively physically difficult for her instilled in us a sense of responsibility and duty to do things even if we didn’t quite feel up to it. She showed us that even if you felt like you couldn’t do something, you should at least try because often we are the arbiters of our own limitations.

When considering both Jesse and my mother, the thing I kept coming back to was how each of them had legitimate reasons to throw in the towel. When faced with the adversity that they both experienced, it would be reasonable, perhaps even expected, for them to be overcome by the circumstances set against them. Jesse literally took the fight to the FBC, seeking them out and using the knowledge gained to increase her own power. My mother sought out experimental treatment, eventually getting involved in a drug trial that became the foundation of today’s treatment of MS. Essentially, rather than sitting back and allowing themselves to be beaten, they both took control of their own narrative. 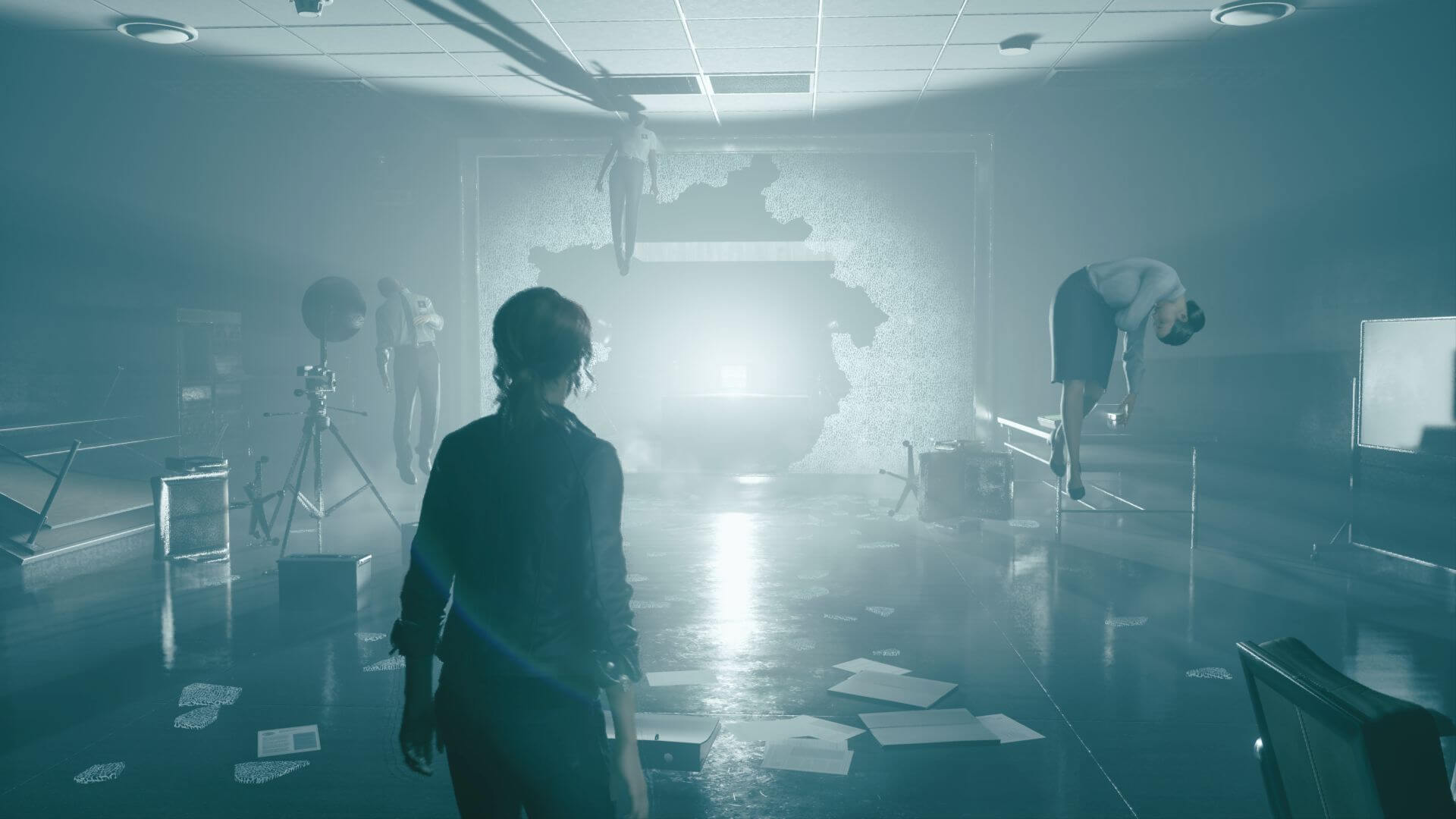 Control has been well received, praised for its gameplay and narrative, while also pushing forward the potential of game design and high-quality visuals. On these merits alone, I was most likely going to enjoy this game.

But these are not the qualities I will remember.

What I will take with me is the story of a woman looking to take back her life. I will smile at the times I heard her joking about her own situation, reminiscent of inside jokes shared at family meals. I will tear up at the memories of her struggling to reconcile the past with her future. I will be invigorated by her resilience and determination to not let her situation define or limit her.

When I think of Control, I will think of my mother and the phenomenal power that she possesses.  I will think of how she consistently overcomes adversity to maintain control of her own life.