Games built around a specific piece of hardware or control scheme aren’t out of the ordinary, just look at Nintendo’s output for the past decade.

Denmark studio Triband is taking a unique approach to a piece of hardware that most of us have used in our daily lives: the keyboard.

While other PC titles make use of the dozens of keys for movement or quickly navigating menus, Keyboard Sports – the final tribute treats it as the playing field. Moving from the left side of the screen to the right is as easy as pressing Enter. Or ‘P’. Or “[“. Simple enough.

An early stage of the game teaches you the basics of traversal by having you direct your character back and forth across the street, dodging traffic. A grid of your keyboard is on the road, guiding you to safety.

The in-game depiction of the keyboard may raise concerns for some if your own peripheral doesn’t look quite like the one on screen, however the game addresses the situation right away, first asking what kind of Enter or Return key you have, and then giving two options for keyboard size. 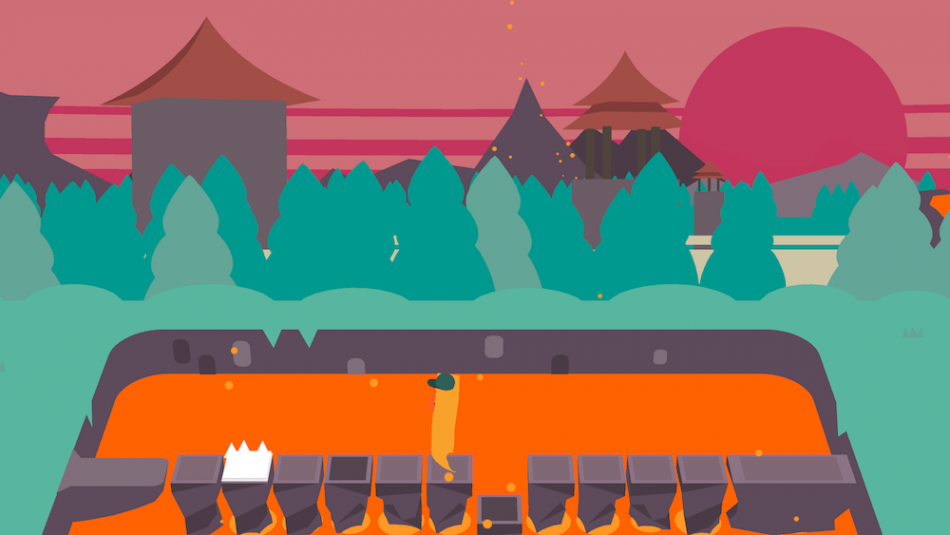 This was easy to adjust to and it never hindered my progress, but it is something to keep in mind if you have an odd keyboard layout. When I tinkered around with the other keyboard options one or two other keys became unresponsive, which would be expected when I tell the game I’m using a keyboard that I don’t have.

The controls work well, the character moves fluidly to the key that you press, but what do you do in the game? The title would imply, well, sports. What is actually presented are a series of absurd challenges, though perhaps these are considered sports in this world. 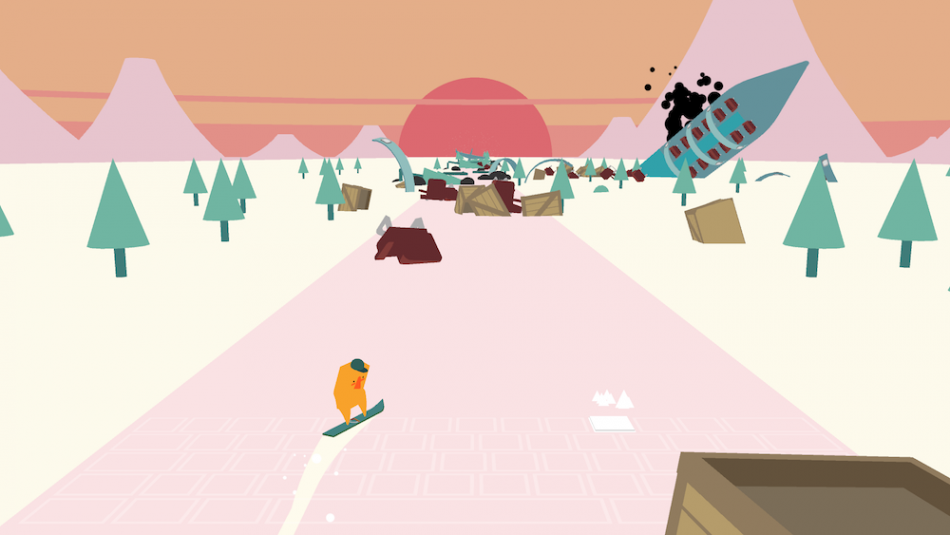 Pictured above is a skiing level, in which you must avoid the wreckage of a crashed plane. Later there are treacherous pools of lava to cross, requiring precision in what keys you’re pressing, lest you fall into the molten rock.

Each level teaches something different, whether it is agility or patience, and each lesson learned from Master QWERTY is used in the final challenge – A survival arena. You’re armed with a crossbow and put to the test against new minions as well as old foes.

While all the previous levels are fairly forgiving, and don’t ask a great deal at any one time, this final level is hopefully an indicator of what is to come. It starts out simple enough, but can get out of hand quite quickly. Thankfully it wastes no time letting you jump back in.

The unique gameplay and controls are a major point in the game, and if they didn’t work, it would be hard to recommend. But what has me hooked even more is the style. The game has an off-kilter look that would be at home with some of PlayStation’s wackier properties.

The characters feel like they could play alongside PaRappa the Rapper’s cast, and the world reminds me of my brief time with LocoRoco and Katamari Damacy.

The entire experience is unique, but fairly short. If it seems like something you might enjoy, check Keyboard Sports out when it receives a full release early next year.