“The final boss was so epic, man! I died like ten times,” I exclaimed to my fellow nerd pal. Like me, he had picked up the latest entry in the storied The Legend of Zelda franchise.

He seemed less impressed with the game than I was, for some reason I couldn’t understand. To me, Skyward Sword was the most emotionally immersed I had ever been in a videogame.

Link was a lazy oaf, just like me! Zelda was charming, and I was devastated when she got sucked into the clouds below. With each dungeon I completed, various characters would tell me how incompetent and slow I was and that I was failing miserably at my mission.

The oppression was palpable and my motivation was high. Based on how I hear people talk about games like Final Fantasy VII, I believe Skyward Sword was a similar experience for me.

I felt hatred for Ghirahim in my bones and each showdown with him felt personal. One thing that helped aid in this feeling is that, upon running into this serpentine villain, I would get absolutely throttled. The final boss was no exception. 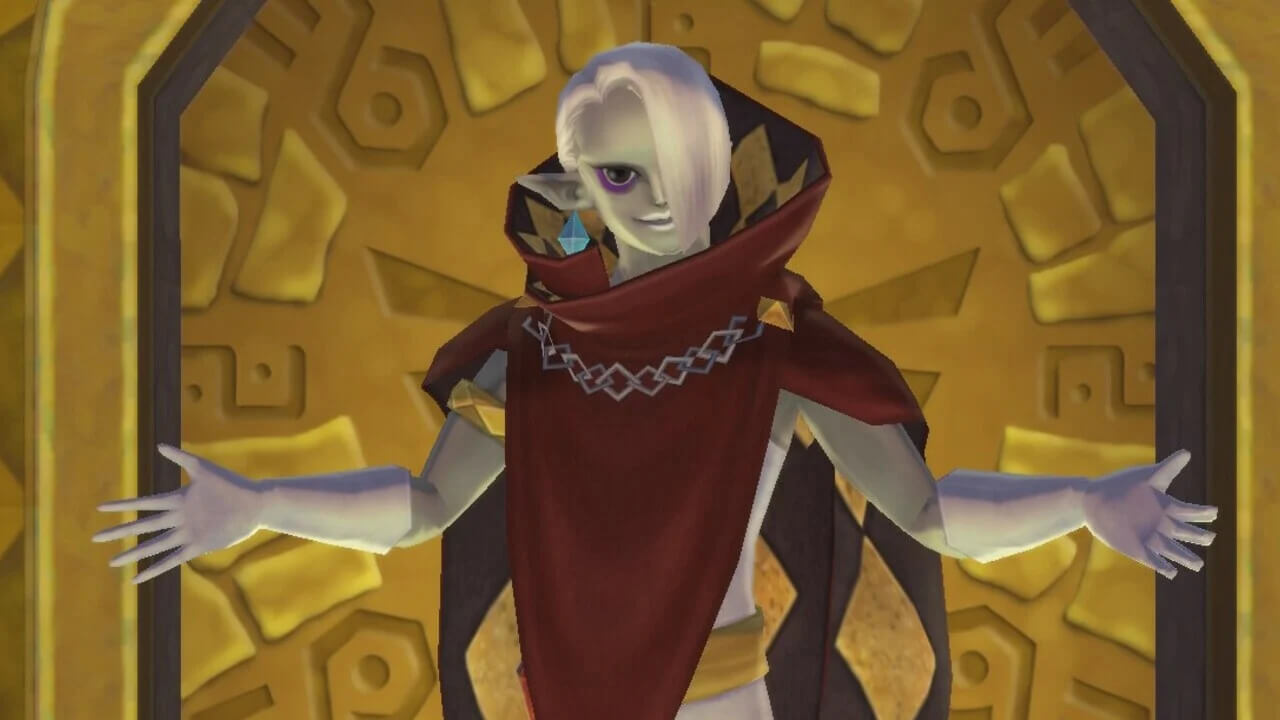 I remember that I joined my friend at his house that day so that I could witness him having the same blissful and climactic showdown I had experienced, and I made sure to warn him that he would need to grind and get lots of health potions. It was odd then, when he achieved victory in one go with a lethargic, “Meh.”

The credits rolled, and where the magnificent orchestra brought me to tears in front of my own CRT, my friend sat like a stone. I had known that my disability made it a bit harder for me to comfortably play the game, but upon watching my buddy dodge and parry various lightning blasts and sword swipes with ease, I realized that my handicap actually made it impossible for me to activate essential combat maneuvers.

I was simply worse at the game than my friend, and he seemed to know it, and even take pride in it. He had always gotten weirdly angry when I’d beat him in Smash Bros. with Kirby’s handy down B attack. “I can’t believe the disabled guy beat me,” he’d fuss to his friends. I was also handicapped in Smash, it was true, but I could definitely push up on the joystick to make Kirby float above and then ceremoniously come crashing down on everyone else’s heads, over and over. Was it really my fault that no one could develop a counter to my marvelous and predictable strategy?

Limited wrist mobility and bungled fingers on my right hand made it hard, or rather impossible, to use trigger and shoulder buttons on a traditional game pad. The Wii controller was a whole other beast.

I honestly can’t remember exactly how I made the Wii work for even less demanding games. I had played Twilight Princess in all of its waggling glory and I don’t recall there being much of an issue. It helped, I’m sure, that the combat in that game was incredibly easy. And when I say that, I’m not celebrating the fact that it didn’t give me a hard time. I actually like difficulty. 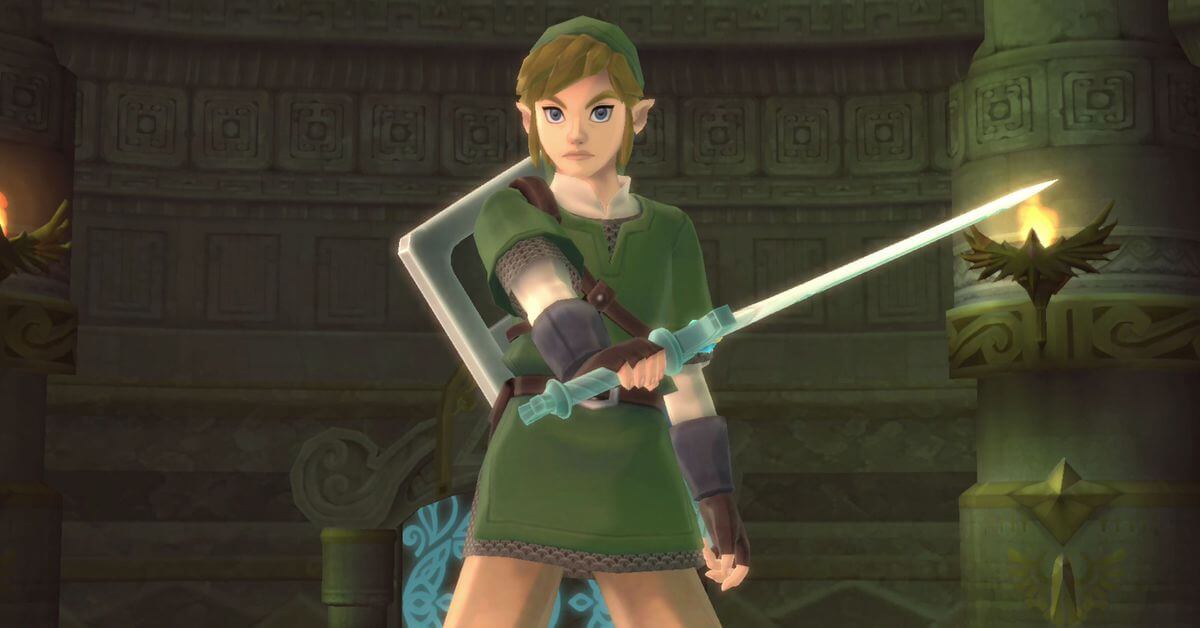 Skyward Sword was certainly difficult. The game launched a bit before my birthday, so I asked my Dad to drive me to the nearest GameStop so I could use my birthday cash to pickup the brand new Nintendo release, something I never really got to experience.

I made sure to buy a pre-owned Wii MotionPlus attachment as well. I got home, booted up my console, and picked up the controllers. For most games, the Wii remote is supposed to be held in the right hand while the left hand holds the Nunchuck, which has an analog stick and a set of shoulder buttons. My left hand would be able to operate this controller perfectly, what with it being fully functional and all.

My right hand really only had one gaming-functional finger, however; that being the index finger. With typical game pads, my left hand bore the full weight of the controller, offset by resting the controller on my right leg, and my right index finger would function as a thumb.

I didn’t have too much trouble using face buttons, or the right analog stick. The problem was those cursed right shoulder buttons, because my index finger was too busy being a thumb to do its intended job as the finger that hangs out on top of the pad.

The Wii Remote also had this problem. My limited wrist and finger mobility meant I couldn’t hold the controller right, and as such I couldn’t simultaneously use the A and B buttons, what with one being on the top and the other being on the bottom of the remote.

Well, surely holding the Wii Remote with my left hand would solve this issue, right? Sure, but the Nunchuck has shoulder buttons, and the shape of that controller made it impossible to hold, and I couldn’t exactly rest it on my leg.

I’m a problem solver, though – you have to be when the world isn’t designed for you.

I would hold the Wii Remote in my left hand and have the Nunchuck resting in my right hand. I used my right leg to bear the weight and hold everything in place while I held the two controllers together to form one awkward game pad. But since my right index finger had to be used to hold the Nunchuck, my left thumb had the job of not only performing A and D-Pad presses on the Wii Remote, but also reaching over to the Nunchuck and moving the analog stick.

It wasn’t comfortable. But such petty limitations weren’t going to stop I, the hero of legend.

When the time came for fighting, I’d have to pull the Wii Remote out of it’s resting spot to execute precise wrist flicks, which meant there was no thumb to move my character while I was fighting. Link could only be a stationary tank of a man, taking all hits that came his way.

I was able to execute the parry function, but honestly I just didn’t take full advantage of it. That might have helped. I played the game tirelessly, in awe of its story, and thrilled by its swordplay. I must’ve played through the game three times before moving on to other things. I remember the game really fondly. I’ve never felt more handicapped playing a game, but I enjoyed it so much! A few years passed and I decided that I would never play it again. I couldn’t, really.

A remastered version of Skyward Sword released this year for the Switch, offering a motion free control set up, meaning I could finally revisit one of my favorite games of all time. Is it weird that I still didn’t want to?

I downloaded it and played a few hours. It was fun enough, I suppose. Between the new controls and a surgically modified thumb which now grants me better access to games, and you know, holding some stuff, the game played great.

I didn’t face much resistance. I was kind of bored. I mean I’ve experienced stories like Persona 3, and have conquered challenges like those present in Sekiro since I played the Wii as a teenager.

So much of my experience with Skyward Sword was how it tapped into my imagination, how Link’s perfect posture while sitting on benches made me want to stop slouching, and how the game forced me to reckon with the limitations of my body. Those things can’t be replicated.

I’m happy I had that experience, and I’m happy that I’ll never have it again.