Home » An hour with… The Witness

Before picking up The Witness for myself I read half of a review of it on Polygon and saw what some game developers were saying about it on Twitter.

I knew that it involved maze puzzles and looked pretty, beyond that, I didn’t know what to expect from the story or gameplay. I mean, maze puzzles? Sure, those are fun, but are they $40 and dozens of hours of fun?

One thing that pushed me over the edge on buying The Witness so early and at full price was this Steam review by Closure and Bombernauts creator, Tyler Glaiel:
“…I have a notebook full of sketches and drawings I was using to help solve some of the harder puzzles, even went as far as to physically make some props for some of them. That is a sign of a great puzzle game.”
This sold me on it. I remember playing Antichamber and having to get out a pen and paper to solve a few puzzles. I absolutely loved it.

There are a few things that, for me, have worked especially well so far.

First off, it just starts. There is no tutorial, no cutscene, I don’t even think there was a menu; I know there wasn’t when I started it up the second or third time to continue playing. This is a small detail, but it stands out to me in a time when most games have a screen for the developer, publisher, title, and sometimes engine, all before reaching a menu, which sometimes may even lead deeper into more menus. 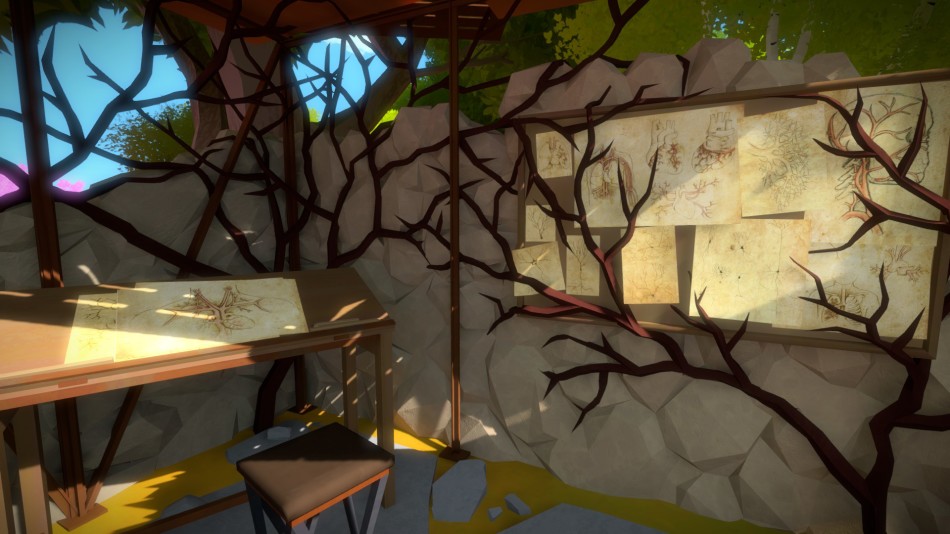 This isn’t bad – the people who make games deserve credit after all – and it is important to be able to adjust settings and decide what you want to do first, but this works to make The Witness feel like a very complete, compact experience. It’s like the difference between putting a CD in the stereo, and listening to the album on YouTube or Spotify. One is just the music, the other includes the menus and ads. One is a piece of art, the other is a piece of entertainment.

In the 50 minutes that I have played so far, there has been no story. I haven’t seen any text or other characters, haven’t heard any narrator or voices telling me why I am on this island. I wouldn’t be surprised if this changes at some point. We’re talking about Jonathan Blow, creator of Braid, after all. I’m not complaining either way. If there is a story or some deeper meaning, I have faith that it will be good.

But if there isn’t… I think the game will work just as well, if not better. A non-existent story discourages the use of guides. At least it does for me.

I’m not saying that I hate guides, I use them all the time, and people can choose how they want to approach a game. Not everyone has the time or patience to figure out every game on their own. I used a guide several times while playing Bloodborne. For me that game was about fighting hordes of monsters to get to the next boss. For a lot of people it is also about exploring and figuring out where to go next. I enjoyed that to an extent, but when I have been wandering areas that I have completed for half an hour with no clue what to do, I would rather just look at a guide.

Anyway, back to The Witness. So guides are fine, but generally I use them when there is a specific puzzle stopping me from progressing the story. If The Witness doesn’t have a story, then I don’t feel like I am missing something if I can’t solve a puzzle.

But if I can’t solve a puzzle, then I am still missing out on the rest of the game, right?

Nope, which brings us to what I liked next:

After solving its first set of puzzles, The Witness opens up the island to be explored. Initially there was a moment of feeling overwhelmed.

Where should I go first? What if I miss something important? This quickly passed however, and I decided to just dive in, I ran until I found a puzzle, and once I solved that, I ran some more. 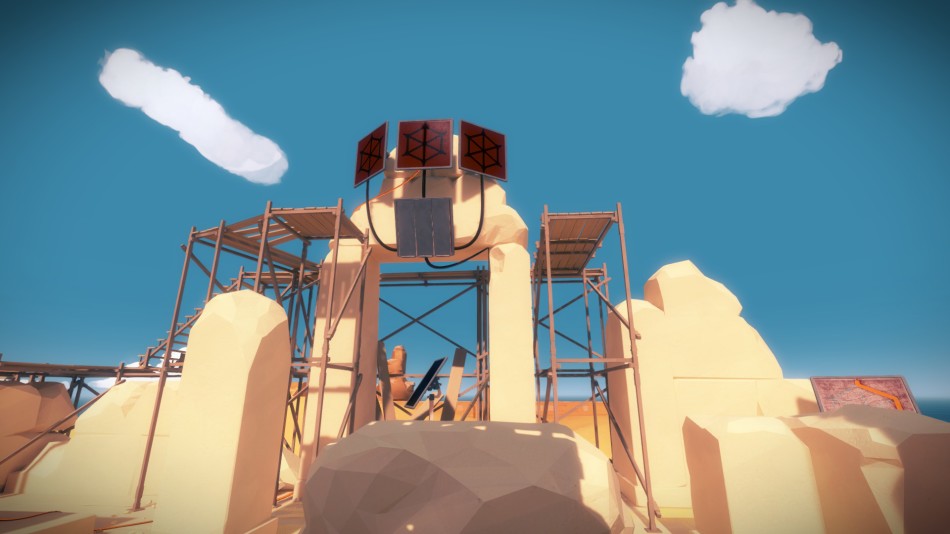 I’ve hit a few puzzles that have left me completely stumped, but rather than feeling defeated and turning to a guide, I can easily find another puzzle to work on. The difficult ones will still be there when I am ready to face them again.

The open world and (so far) lack of story make other puzzle games feel dated to me.

Portal 2, for example, is considered amongst the greatest puzzle games, not to mention greatest videogames in general, but as soon as you get stuck on a puzzle, that’s it. Both Portal games do a great job of introducing mechanics at a good pace, and neither ever feel unfair, but there were some levels that I sat at for the better part of an hour. If I hadn’t used a guide at these points, then I would have just been stuck. No way to move forward with the story and nothing else to do.

The island has enough interesting places to explore so that when I do get stuck, it doesn’t feel like a chore going somewhere new or backtracking to where I’ve already been. Every single structure, plant, and rock feels like it has purpose within the world.

Regarding the pen and paper aspect that I looked forward to so much: I’ve already drawn out two of the puzzles, and skipped a few others simply because I wanted to come back to them when I had a pen with me.

‘Maze puzzles’ might seem like an awfully simple idea to base an entire game around, but the simplicity of The Witness, in its mechanics, instructions, and presentation makes it a refreshing experience that lets you go at your own pace, while not holding your hand.